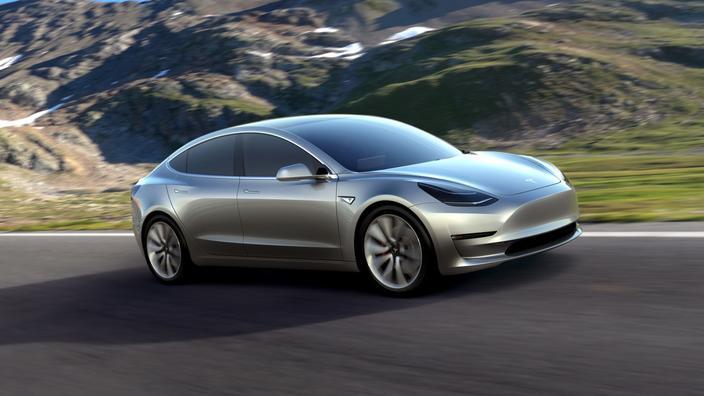 These are the best-selling Model 3 and the luxurious Model S, with “potentially” defective trunks.

Electric car giant Tesla to conduct massive new vehicle recall for trunks “potentially”Faulty on two models in China and the United States, again raising the question of its reliability. This recall concerns 475,000 vehicles in the United States and nearly 200,000 in China.

The most affected model is the bestseller Model 3. Tesla indicates that “repeated opening and closing of the safe door“Are there”likely to cause excessive wear of the coaxial cable»Connected to the reversing camera, which may make the camera unavailable to the driver. The other car involved is the luxury Model S. One of the trunk latches located at the front of the vehicle, misaligned, could “open unexpectedly and obstruct the driver’s visibility“. Tesla estimates that 1% of Model 3s and 14% of Model Ss recalled in the United States will exhibit the manufacturing defect. The brand stressed that this potential defect had not, to its knowledge, caused any accidents or injuries.

Large-scale recalls are not uncommon in the automotive industry: Volkswagen recalled 8.5 million vehicles in 2015 following the Dieselgate scandal; an airbag defect also led to the recall of at least 100 million vehicles of all brands, and the bankruptcy of the airbag manufacturer, Takata.

In the case of Tesla, however, this recall represents at least a quarter of the cars ever produced by the young electric car giant, knowing that the total production figure for 2022 is not yet known.

“It’s a wake-up call for Tesla, with a welcome slap in the face from the automotive world, which just happens to be perhaps more complex than the smartphone world many like to compare it to.», Commented the German expert Matthias Schmidt. “A problematic car can cause much more damage than a broken iPhone“.

Improper use of the pedal

Tesla had already recalled in June 285,000 cars in China after an anomaly in its driver assistance software, and a few thousand Model 3 and Model Y in the United States to inspect and tighten, even replace, bolts in the brake calipers.

Tesla, however, had a good year in a car market hard hit by the health crisis and the shortage of electronic chips. On Wall Street, the company in October joined the very small club of groups worth more than $ 1,000 billion on the stock market. In the third quarter, it delivered more than 240,000 vehicles, a record. Its boss Elon Musk, the richest man on the planet, was named personality of the year by the American magazine Time.

For analyst Trip Chowdhry, from Global Equities Research, the American recall is a “non-event», Tesla retaining an enormous advantage over its competitors with, in particular, its capacities of development in data processing. The brand continues to dominate the world market for electric vehicles, where major manufacturers are only beginning to expand their ranges, like Ford with its F150 pickup or the world No. 1 Toyota with a cascade of planned launches.

Several controversies have already hit the automobile brand concerning the safety of its vehicles. In April, Tesla’s brakes made headlines in China: A disgruntled customer made a splash at the Shanghai auto show, protesting the supposedly faulty brake system of a vehicle in which relatives were injured. The US Highway Safety Agency (NHTSA), however, said in January, after examining nearly 250 complaints, that the accidents cited could not be attributed to a defect in the vehicle, but rather to “improper use of the pedal“.

The driver assistance system “AutopilotIs also the subject of an NHTSA investigation after a series of accidents. The fact that Tesla is testing new driving assistance features in real conditions with ordinary drivers without having specific authorization is also fueling controversy.