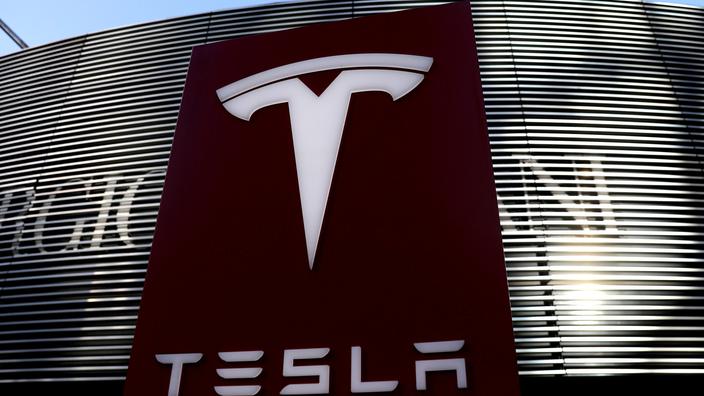 The company had already announced that it had delivered a record number of 241,300 vehicles over the period.

Electric vehicle maker Tesla posted record profits for the third quarter in a row as Elon Musk’s group managed to ramp up production despite logistical challenges disrupting the auto industry.

The company had already announced that it had delivered an unprecedented number of 241,300 vehicles worldwide over the period, up 20% from the previous quarter. “A variety of challenges, from semiconductor shortages to port congestion to blackouts, have impacted our ability to run factories at full capacity.”, acknowledged the group in a statement. “We believe our supply chain, engineering and production teams have met these global challenges with ingenuity, agility and flexibility unparalleled in the automotive industry.”, the company added.

Elon Musk previously said he was able to get around much of the semiconductor shortage by using new chip designs and rewriting software accordingly. Other manufacturers are finding it harder to cope with these challenges, with General Motors having seen its vehicle sales in the United States, for example, drop 33% in the third quarter due to the lack of semiconductors that has forced it since. the beginning of the year, to reduce its production.

The company’s revenue reached $ 13.76 billion, up 57% and above analysts’ forecast ($ 13.62 billion). The company’s net income reached $ 1.6 billion during the period. Excluding exceptional items and reported per share, the profit was posted at 1.86 dollars, exceeding expectations (1.58 dollars). The increase in operating profit is “Mainly linked to the growth in the volume of vehicles and the reduction of costs”, Tesla pointed out.

Tesla’s revenue reached $ 13.76 billion between July and September, up 57% and above analysts’ forecast ($ 13.62 billion). The company’s net income reached $ 1.6 billion during the period. Excluding exceptional items and reported per share, it was posted at 1.86 dollars, exceeding expectations (1.58 dollars). The increase in operating profit is “Mainly linked to the growth in the volume of vehicles and the reduction of costs”, Tesla pointed out. The group thus managed to increase the gross margin from its automotive activities to 30.5%, against 28.4% in the previous quarter.

Tesla, which surprised at the start of the year by announcing that it had bought $ 1.5 billion worth of bitcoin, however, once again saw this investment weigh on its results. After earning $ 101 million in the first quarter thanks to the virtual currency, the group had to record a charge of 23 million in the second quarter and then $ 51 billion in the third.

Read alsoTesla will accept bitcoins again when they are less polluting

Tesla also continues to see the profits from the sale to other companies of carbon credits granted to it because its cars do not emit pollutants: the revenues generated by these operations reached $ 279 million in the third quarter, compared to $ 354 million in the second quarter and $ 518 million in the first. The automaker, which announced in January that it wanted to increase its deliveries by 50% on average per year for several years, has not changed this forecast. “The rate of growth will depend on the capacity of our equipment, the efficiency of our operations and the possibilities and stability of the supply chain”, Tesla pointed out.

The action dropped 0.6% in electronic trading following the close of trading. But it is up 23% since the start of the year, after having jumped by more than 700% in 2020.