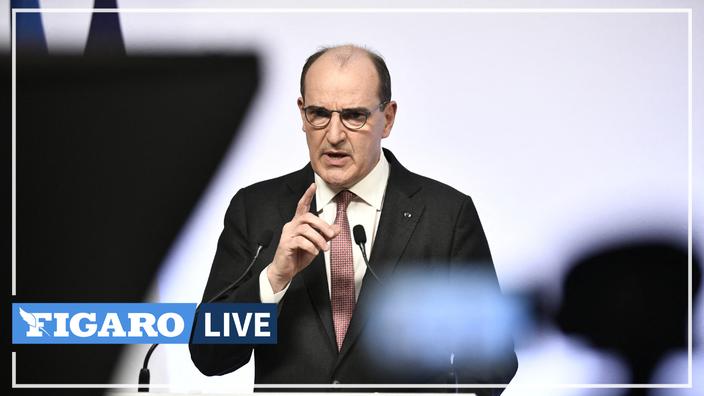 The aim is to put in place faster and more dissuasive sanctions.

New turn of the screw on teleworking: faced with the surge in Covid cases, the government wishes to impose administrative fines on companies reluctant to its implementation, an initiative freshly welcomed by employers.

The Minister of Labor Élisabeth Borne announced it on Tuesday during a videoconference with the social partners: she wishes “propose an amendment to the bill (strengthening the tools for managing the health crisis, editor’s note) to put in place more dissuasive and faster sanctions (of an administrative nature)“.

Read alsoCovid-19: Élisabeth Borne calls on companies to plan “3 to 4 days of telework” from the start of the school year

“Feedback from the labor inspectorate shows that some companies remain resistant“To the implementation of teleworking as provided for in the national protocol for companies (PNE), underlined the ministry.

“When companies do not play the game today, it involves criminal penalties. It is long and, to simplify this, administrative sanctions will be proposed. The idea is to set it up for companies that don’t really play the telecommuting game, not when there is a disagreement on a particular function in a department.», Explained one of the participants in the meeting, the president of the CFTC Cyril Chabanier.

A new version of the NEP will be published by Thursday, including a “obligation to telework 3 days a week on average for positions that allow it, for three weeks, from January 3», As Prime Minister Jean Castex announced on Monday. In addition, “companies that can do so are asked to go further and increase teleworking to 4 days a week when possible“.

As the ministry has repeatedly pointed out, this “obligation“Stems from the need for the employer to ensure the health of its employees, enshrined in the labor code, even if its concrete translation in each company is the responsibility of the employers, if possible within the framework of social dialogue.

Amount of fines to be specified

The CGT-TEFP, the first union of labor inspection officers, has long called for a tightening of the legal framework concerning teleworking, denouncing the weakness of the penalties incurred and the lack of staff to control companies.

For Alexandra Abadie, national secretary of the union, the announcement of Elisabeth Borne shows that the “ministry realizes the insufficiency of current measures“. But the CGT-TEFP would have preferred that the inspectors could suspend the activity of a company in the event of breach of its obligations concerning teleworking, as they can do it for other risks.

The minister did not specify what the amount of the fines could be, this question being arbitrated. According to Baptiste Talbot of the CGT, “there was at one point a reference to an amount of 2,000 euros per employee, for similarity with other types of infringement“. Elisabeth Borne did not raise the question of controls either, according to several participants.

SEE ALSO – Teleworking: Élisabeth Borne announces a “back to 5,000 checks per month»By the Labor Inspectorate

Read also“Two days a week is already too much for me”: these employees who are reluctant to telework

Consultations to be made concerning aid

The CPME denounced in a press release this draft fine, seeing it as a “ineptitude, while companies are perfectly aware of the issues and have had exemplary conduct since the start of the pandemic“. “We are not at all adopters of this method“, Its president François Asselin told AFP.

The deputy chairman of Medef Patrick Martin was more nuanced: “There will be no opposition in principle. What matters is that checks are not accompanied by disproportionate fines and that labor inspectors and regional labor directors show a sense of reality“, He said on RTL.

During the meeting, the minister confirmed that the government was working on a review of the isolation periods for positive Covid cases and contact cases, in the face of the risk of deterioration in the functioning of companies. He will announce his decision “before the end of the week“.

A consultation is also “planned in the coming days with the Ministry of the Economy on the aids that could be put in place for activities subject to restrictions“. And, while “the priority remains on vaccination“, Elisabeth Borne affirmed that the government wanted”allow occupational physicians to have access to the list of unvaccinated persons in their area“.