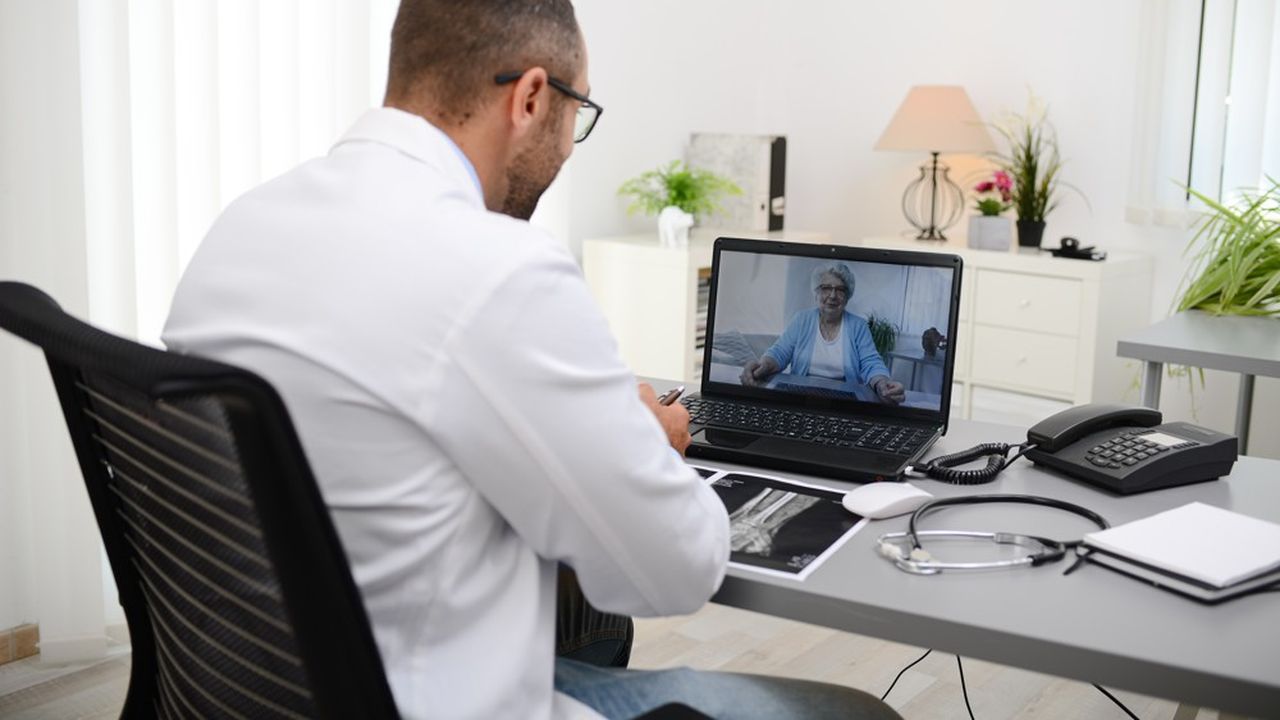 Containment has brought telemedicine into the mores, but after the peak of the health crisis, what use do the French make of it? To find out, the professional association Les entreprises de télémédecine (LET) carried out the first collective study. It draws up the landscape of French practices, from the profile of teleconsultants to the way in which teleconsultation takes place.

For the first photograph of this emerging sector, everyone posed. The teleconsultation access service companies Doctolib, Livi, Qare, Teladoc, Medadom, Feeli and Tessan each reported (anonymized) data from 12,000 teleconsultations carried out through them between the beginning of August and the end of November 2021. This is a representative sample. of the 1.8 million teleconsultations made during these four months, which the firm Télémédecine 360 ​​analyzed.

The lessons are many. “I only want to remember one figure: teleconsultants are twice as likely as the general population to have no attending physician. [27,6 % contre 11 %, NDLR] “, underlines the president of the LET, Maxime Cauterman (Livi), who sees in it the capacity of telemedicine to fight against medical deserts. In fact, 25% of teleconsultants live in a medical desert compared to 17.3% of French people. It should be noted that the zoning of the deserts having evolved since the study, this point will have to be confirmed in the future.

Since the end of confinement, teleconsultations have fallen in France to less than 10% of medical consultations. Who continues to use it? Above all young people. The teleconsultant has an average age of 30, compared to 48 for the French population. An active, connected generation, which traditionally rarely goes to the doctor and often has no attending physician, in Ile-de-France. And the teleconsultant is also above all a woman, in 64% of cases. Probably because they are more often in charge of children’s medical appointments. Those over 50 and under fifteen each represent only 9.7% of teleconsultants.

The teleconsultant is overrepresented in the medical deserts, but “teleconsultation is the fact of all social classes”, underlines the study of the LET. If 73% have third-party payment, 4.4% do not have Social Security and almost 8% benefit from complementary health insurance.

Teleconsultation, which 97% includes video, is done mainly by appointment (88%) and with a general practitioner (89%) rather than a specialist. It lasts an average of 10.5 minutes (6.8 minutes of median duration), which is less than a physical consultation (18 minutes on average). But we must add the writing time by the teledoctor, after disconnection, of various documents including the prescription, which results in 89% of teleconsultations (compared to 81% for physical consultations).

The vast majority of teleconsultations take place during the week (91%) and during the day (89%). But 19% are done outside the opening hours of city offices (at night, on weekends, on public holidays), helping to unclog emergencies, underlines the LET. Those that take place at night are significantly more frequent on weekends than on weekdays (17% versus 11% respectively).

This study has no qualitative data, but it is nevertheless a valuable basis for thinking about the development of this activity and preventing it from becoming a sub-medicine serving only the renewal of prescriptions.

“It would be a considerable contribution for people who cannot move, in Ehpad for example. But for that, we must develop assisted teleconsultation “by a nurse or caregiver trained in palpations, judged Marguerite Cazeneuve, deputy director of the National Health Insurance Fund, during a round table as part of the presentation of the study. And “development must be done in connection with its territory”, she continued. Relieve city medicine yes, disorganize it, no.

The disorganization of the health system is the great fear, telemedicine being able to free itself from geographical constraints. This helps to reduce the territorial divide, and makes it possible, for example, to take advantage of the time difference to teleconsult at night in mainland France with overseas doctors who would integrate this role into their day and vice versa.

But it is also opening Pandora’s box. France has world-class medicine and “we will be able to consult from abroad. Foreign countries – China, USA etc. – can also offer a telemedicine offer to people living in France. There is a risk of pressure on the French system in all its components (insurance, complementary, etc.), individuals being able to go teleconsult elsewhere, ”notes Claude Kirchner, director of the national pilot committee for digital ethics. “There needs to be a reflection on the values ​​of medicine as well as on cyber-ethics,” he says.