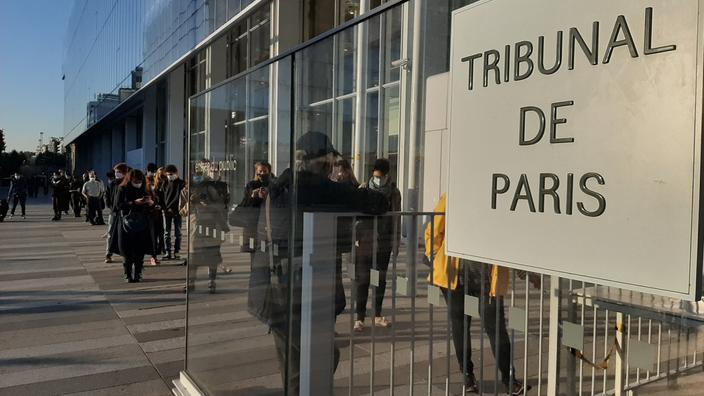 Fifteen years ago, the tax authorities discovered a financial package with spectacular amounts. Its organizers will be judged in Paris.

They are suspected of having knowingly participated in a financial arrangement aimed at deceiving the tax authorities on colossal amounts: the former leaders of the investment company Wendel, including the ex-president of Medef, are judged from Monday in Paris . Fifteen years after the events, fourteen people must appear for three weeks, first and foremost Baron Seillière, 84, heir to the Wendel dynasty, at the time chairman of the supervisory board and patron of European bosses.

Read alsoWendel on the lookout for acquisitions to move forward

At his side, Jean-Bernard Lafonta, 60, then at the head of the executive board, as well as eleven executives – former and current – and a former tax lawyer will have to explain themselves at the helm of the 32nd correctional chamber on an ultra-sophisticated program profit-sharing plan called Solfur. This clever scheme had enabled fourteen managers (one of them has since died) at the end of May 2007 to recover 315 million euros in shares, i.e. 4.6% of Wendel’s capital, and this, according to the prosecution, “completely tax free“.

For the National Financial Prosecutor’s Office (PNF), the gain then generated was artificially placed, via the interposition of companies, under a regime of “suspension of taxation“, with the aim of deferring or even, ultimately, avoiding the payment of tax on these considerable capital gains. An interpretation disputed by the defendants, who refuted during the investigations any intention to defraud, ensuring that the assembly respected the law and the administrative jurisprudence of the time. Their lawyers, who did not wish to speak before the trial, will plead for release. On Monday, the trial is due to begin with a procedural battle over legal issues raised by the defense.

Concomitant with a global reorganization, the Solfur operation had caused a stir within Wendel, a former steel giant that had become an investment company, still controlled by a family holding company bringing together a thousand descendants of Jean-Martin Wendel, founder of the group in Lorraine. in 1704. In the months that followed, the difficulties of Saint-Gobain, in which Wendel had invested, but especially the financial crisis of 2008, had led to a tumble in the action. Believing themselves wronged, some executives had taken legal action, denouncing a disastrous assembly in the end. In December 2010, just days before the tax prescription, all had been notified of a heavy adjustment: 240 million in total, including penalties. And in 2012, Bercy had transmitted to justice a volley of criminal complaints for tax evasion, leading to the opening of a judicial investigation.

Read alsoWendel returns to the green in the first half

The investigations relied in particular on exchanges of e-mails on the development of the arrangement at the end of 2006 and the beginning of 2007, between the managers of Wendel, their teams of lawyers and the bank JPMorgan Chase, in which the “tax riskis meticulously studied. The American bank, initially sent to trial in 2016 for complicity in tax evasion alongside the defendants, will however be absent from the court. In September, she agreed to pay a 25 million euro fine via a court settlement to close the charges.

One “Mozart of finance»

Presented as aMozart of financeWhen he arrived as general manager of the group in 2001 at the age of 40, Jean-Bernard Lafonta, who worked for the Lazard bank and the BNP, had finally resigned in 2009 in the wake of this affair. Sentenced for insider trading and dissemination of misleading information then released on appeal, he must be tried from Monday for tax evasion but also for complicity: main beneficiary (120 million euros, in front of Mr. Seillière, 79 million) , he is suspected of having instigated the executives to join Solfur.

During the investigations, several of them affirmed to have “had no other choice» than to accept the «package», «turnkey“, after being assured of the “perfect legality and tax compliance“. While some have long contested the tax adjustment, almost all executives have finally accepted a transaction with the tax authorities. A former tax lawyer then member of the renowned firm Debevoise & Plimpton, who helped shape the delicate contours of the arrangement, is also on trial for complicity in tax evasion. All incur a fine of 37,500 euros and five years’ imprisonment.