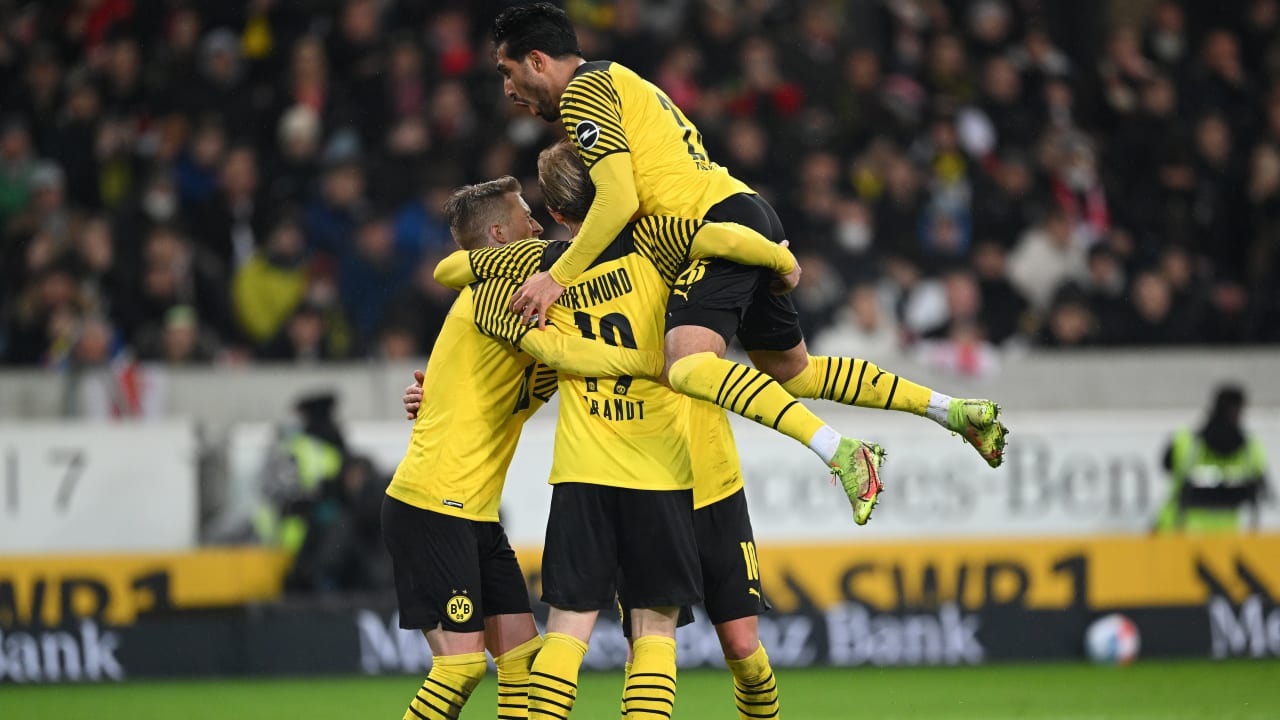 BVB wins 2-0 in Stuttgart and gets back on track after the embarrassing 4-1 loss to Leipzig.

The first shock for BVB after just 52 seconds!

After a running duel, super talent Giovanni Reyna (19) immediately grabs his thigh and has to leave the field after two minutes. On the way to the changing room, the offensive swirler bursts into tears.

Reyna of all people!

Already on the 23rd matchday the Ami had to go down early against Gladbach (6:0) with a thigh injury. Even when leaving the field, Reyna was in tears because he had just returned from a five-month injury break.

Now the next Reyna shock.

Ironically, Julian Brandt (25), who came on for Reyna, ensured the BVB victory – and scored the earliest joker goal in Bundesliga history at 1-0!

13 minutes: Bellingham sends Haaland out of his own half, who runs freely towards the Stuttgart goal. The Norwegian goes to Brandt, who only has to push in.

Curious: The BVB ultras don’t see the lead in the stadium. According to BILD information, they are still stuck in traffic after kick-off and only get to the stadium in the 20th minute.

And have to watch how bad luck with injuries catches up with their team again.

First Dahoud had to leave the pitch with a shoulder injury (36′), then coach Rose also had to replace Hummels at half-time!

The BVB medical file: The squad has already recorded more than 2,000 days of injury this season – internally, people are still wondering where the injury epidemic came from.

In Stuttgart, BVB brought victory despite the early changes over time.

Also because VfB misses big chances. Marmoush chips the ball over from close range (23′), Stenzel and Sosa only hit the crossbar in the second half – this is how Stuttgart miss out on important points in the relegation battle.

Victory guarantee Brandt! And that, although BVB would actually give up the ex-Leverkusener according to BILD information…