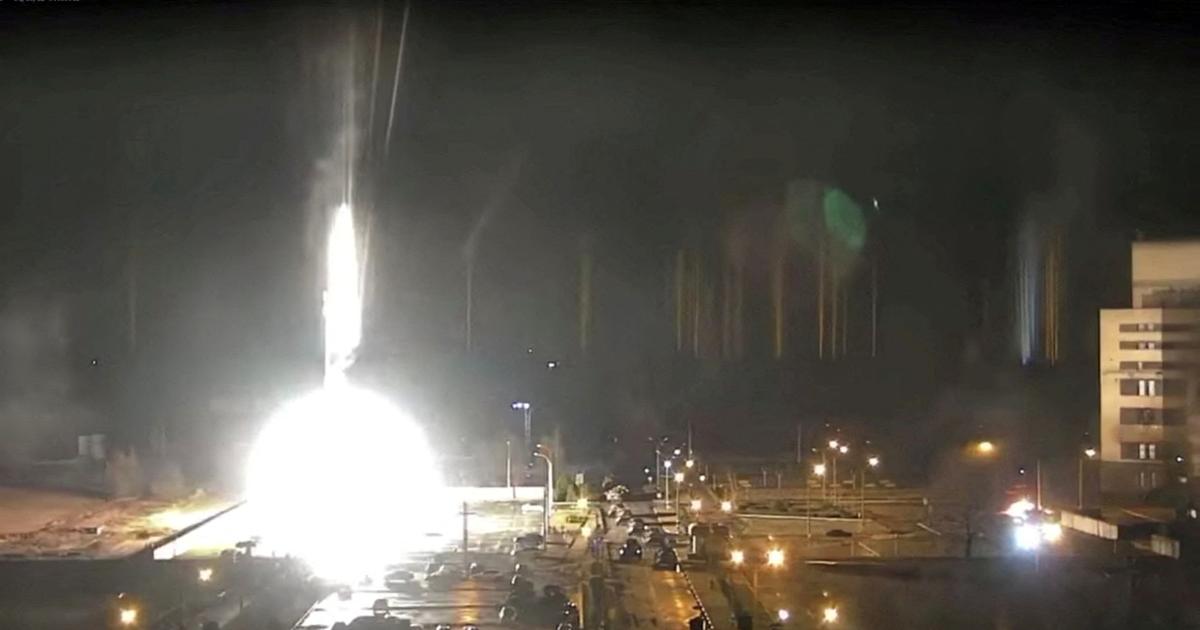 VIDEO – The nuclear complex was attacked Friday morning by Russian troops, starting a fire in an administrative building located about 150 meters from a nuclear reactor.

The Zaporizhzhia nuclear power plant, located in southeastern Ukraine, was attacked in the early hours of Friday by the Russian offensive. In a video sent to New York Times, we can see employees of the plant who are at the same time in the control room. In this space which, apart from a few modern screens, has lost none of its Soviet style, a man’s voice echoes through the loudspeakers, begging the Russian soldiers to stop “to shoot at a dangerous nuclear facility.He shouts to them again:Stop shooting immediately! You are threatening the security of the whole world!»

During this attack, a fire broke out in a training center for personnel, located about 150 meters from one of the reactors. According to the International Atomic Energy Agency (IAEA), under the aegis of the UN,none of the site’s six reactors were directly damaged and radiation levels are normal“. On Friday morning, they were 0.1 microsievert per hour, according to the plant operator, a level below the world average and well below that of an airplane flight or an x-ray. During the Chernobyl disaster, the level of radioactivity was millions of times higher, at 300 sieverts per hour.

Ukrainian President Volodymyr Zelensky accused Moscow of wavingnuclear terrorand wanting to replicate the Chernobyl nuclear disaster, the worst in history in 1986. Greenpeace also strongly condemned the military attack: “The Russian invasion poses the risk of a nuclear catastrophe that could render much of Europe, including Russia, uninhabitable for at least several decades.»

Read alsoWar in Ukraine: 4 things to know about the Zaporizhzhia power plant

Moscow has tried to deny responsibility for the offensive, saying its forces were attacked by “saboteursUkrainians as they patrolled the factory. Those “saboteursthen allegedly set fire to the building themselves. For its part, Kiev reported the death of three Ukrainian soldiers, killed defending the complex. For Greenpeace, theonly way to eliminate the risk of a nuclear catastrophe is an immediate ceasefire in Zaporizhzhia, with the withdrawal of all Russian military forces to allow firefighters and nuclear plant security to re-establish a safe zone“.

SEE ALSO – Nuclear power plant taken in Ukraine: “If there were to be a new disaster, it would be very different” from Chernobyl and Fukushima