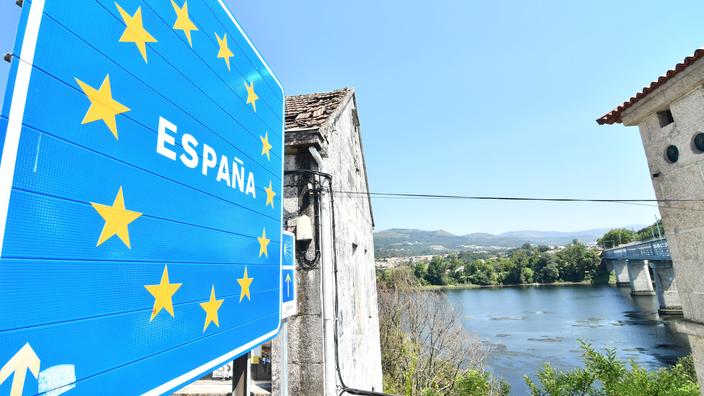 The sudden increase in contamination due to the Delta variant has already prompted several countries to reinstate restrictions. Enough to push some French tourists to change their plans.

On June 30, France passed the final stage of deconfinement. After this date everyone was convinced that life was going to resume its course durably “normal“. A certainty motivated by the progress of vaccination. The timing was perfect, the last restrictions on free movement within the Schengen area were to fade as the summer holidays began. After more than a year of traffic restrictions, the French were quick to plan trips to the hot countries of southern Europe. Alas, the epidemic resumption caused by the spread of the Delta variant threatens these summer projects again and many are worried about the consequences for their holidays, even taking the initiative by postponing or canceling stays abroad.

Read also :Covid-19: is it risky to go on vacation in countries where the Delta variant circulates?

Like Paul, who had recently become a father, who had planned to spend his first family vacation in Malta. A region he knows well having been there several times and that he wanted to introduce his wife to. The departure was scheduled for Wednesday July 17 for a stay of one week: “everything had been booked for several months, the return flight, the hotel and the activities“. The announcement of the border closures a few days earlier was a real cold shower: “neither I nor my wife are vaccinated, I was a bit reluctant at first and thought a negative PCR test would suffice. Now I’ve changed my mind, but it’s way too late“. Too late also to organize another vacation in the sun, for the couple who will nevertheless look for a hotel so as not to have to spend the week at home. However Paul remains positive: “thanks to the Covid, canceling the hotel and the activities was free, as for the flight I postponed it as late as possible, in October, we’ll see if we can finally go“. Valletta finally reversed its position by however announcing Tuesday a period of quarantine for unvaccinated tourists.

If for the moment no similar measure is announced on the Iberian Peninsula, Lætitia is worried about her holidays in Menorca with three friends: “I’m a little stressed, I can’t wait to leave, the wait is complicated“. While she and two of her friends received their full immunization schedule, the fourth only received one dose: “for the moment a negative test is enough, as long as that does not change“. She admits having been surprised by the restart of contaminations: “oHas not planned a back-up plan at all“.

For others, Spain is already a plan B, like Ken who was initially to leave with several friends in Brazil. The health situation in Latin America’s largest country had already prompted them to aim for a new, closer and safer destination. The ace. “NOTour program is beach, restaurants, clubs … I’m afraid everything is closed», He explains. As a precaution, a plan C is already being drawn up: “it will be in France, in the South, a place by the sea but nothing reserved yet“.

Read also :Vaccination: the urgency of mobilization against the Delta variant

Some preferred to take the plunge and already cancel the start. This is the case of Lisa who was to leave mid-August, in the north of Portugal with her family. From the grandmother to the grandchildren, all had taken their precautions by completing the vaccination schedule several weeks before departure. Unfortunately the double injection does not immunize from curfews and other health measures … The result is the entire vacation program that falls apart: “I didn’t want to pay to stay locked up at home, Lisa points, so I preferred to cancel and organize something else instead“.

The problem also arises in the other direction. Luc, a Frenchman living in Lisbon for five years, is preparing for all eventualities. “I have to go to France from August 1st to August 13th, but I am not sure it will be done“. He, who does not plan to be vaccinated, at least in the short term, hopes that a simple PCR test will be enough to travel: “as I am not leaving in very long, I think I will be okay with it. If my departure was scheduled for September I would have been much more worried“.

Read also :Vaccines: can side effects appear years after injection?