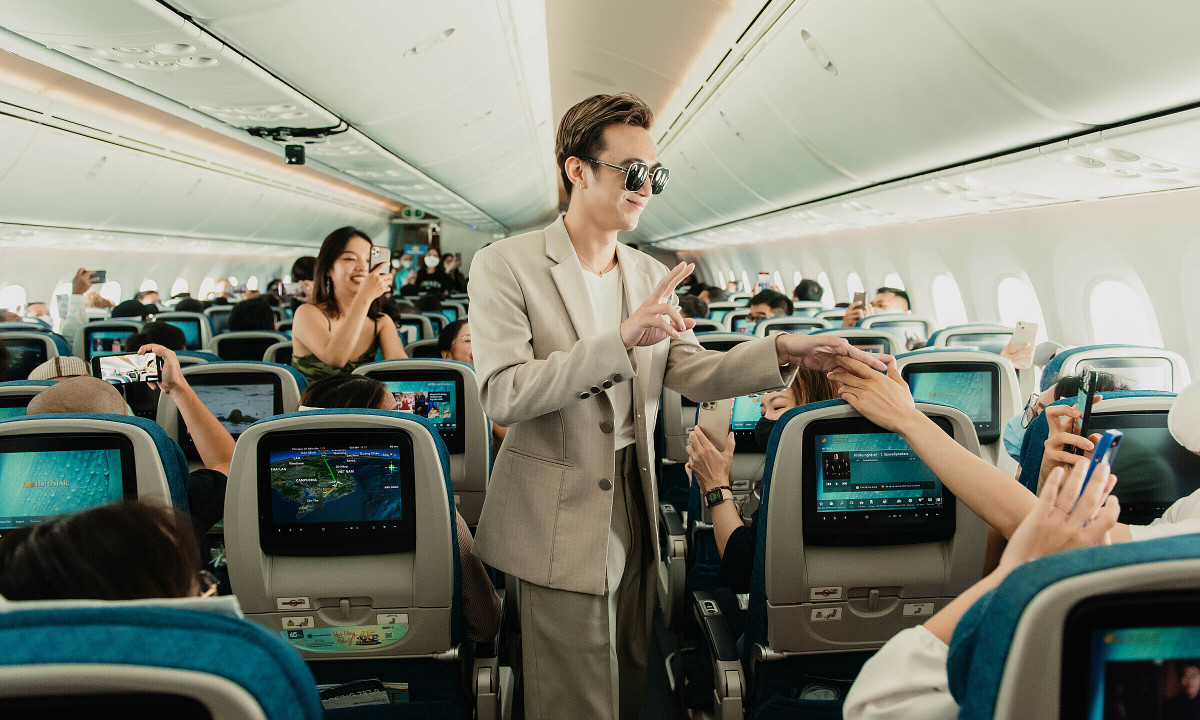 For the first time, a music video was released on a Vietnam Airlines flight. After this event, the MV will be broadcast on online platforms at 8 pm.

On the flight on the morning of July 11, when the plane reached an altitude of 10,000 meters and allowed passengers to leave their seats, Soobin, Binz and Rhymastic appeared and performed the song. Hurry up!. Then Touliver, SlimV and Kien Ung continued the exchange, giving gifts, taking pictures with everyone.

Rhymastic said this is a memorable milestone for SpaceSpeakers, because the members have never interacted with the audience and sang live on the flight. The male artist hopes that the audience will continue to support the MV after its debut on music platforms.

The airline’s representative said that the flight was the focus of the MV promotion campaign and had been carefully prepared for many months. The organizer focuses on each ticket, thank you letter or publication to create emotions for the audience.

Vietnam Airlines will use Hurry up! made the title track, played at landing on over 400 flights and reached over 100,000 passengers a day. The project is also devoted to SpaceSpeakers with the participation of all artists in the process of composing, performing, and mixing. MV Hurry up! made by director Kien Ung, elaborately invested with many large-scale scenes, showing the beauty of Vietnam’s landscape.

Hurry up! has a very different color from previous works by Touliver, Soobin, Binz, Rhymastic and SlimV. The song is upbeat and inspirational. Mixture mix of ethnic and modern music. Lead vocalist Soobin combines Binz and Rhymastic raps, creating a vibrant rhythm for the song.