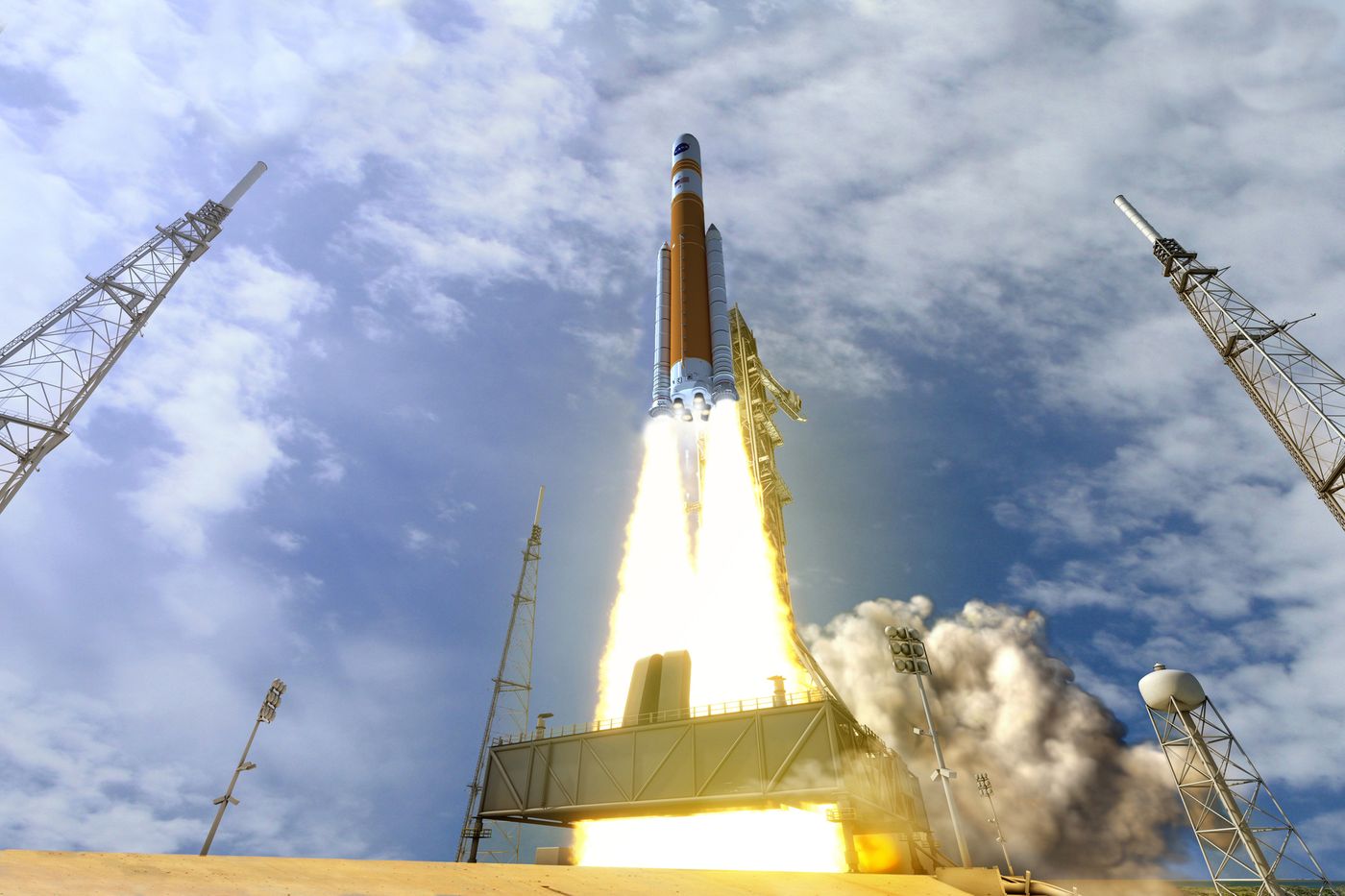 If all goes well, the Artemis 1 rocket should be on its way to its launch pad at Cape Canaveral by the time you read this. NASA specialists allow themselves two weeks to install it permanently, before a big dress rehearsal. Then, the launch, probably in June. Head to the Moon.

This first flight will be unmanned, with no small steps for man and no big leaps for humanity. Nevertheless, the United States will then have succeeded in their bet: that of returning to our natural satellite, fifty years after the last mission of the Apollo program. “The Moon is the first island available to us in the ocean of space”confides Bernard Foing, director of the international working group on lunar exploration. “If you want to go further, it is important to already establish yourself there. »

A first woman on the Moon

The idea of ​​a lunar reconquest had been in the cards for two decades, after the setbacks of the American space shuttle. But the 2008 crisis and other priorities are forcing US President Barack Obama to cut budgets. Farewell to the Constellations program.

→ READ. Donald Trump demands an American flight to the Moon by 2024

In December 2017, Donald Trump revived the case. Welcome to the Artemis program, named after the Greek goddess associated with the nocturnal star. The president then sets the deadline for 2024. In reality, the return of humanity to the Moon – NASA has already warned that it would be a woman this time – will take place probably around 2026, with the Artemis 3 mission. A slight delay because everything had to be reinvented.

→ CHRONICLE. ask for the moon

Starting with the rocket, the launcher. “The technologies of the Apollo program were far too old”, slice Christophe Bonnal, expert in the direction of the launchers of the French Cnes. Two developments are taking place in parallel, internally and externally, with a contract signed with Elon Musk’s private company SpaceX. “This range of solutions is reassuring, especially after the shutdown of the space shuttle which left American astronauts dependent on Russian Soyuz for ten years. “says Bernard Foing.

The new version of NASA’s launcher is called the “SLS”, for “Space Launch System”. It is 111 meters high and 8.4 meters in diameter, about twice the dimensions of an Ariane 5 rocket. A monster capable of carrying a hundred tons in low Earth orbit. Except that it will be necessary to go much further.

The International Space Station is 400 km above our heads, the Moon 384,000 km. “There is indeed a question of distance, but above all of the energy necessary to escape from the earth’s attraction.explains Stéphanie Lizy-Destrez, teacher-researcher at Isae-Supaero. To reach low orbit, a speed of around 25,000 km/h is needed. To go to the Moon, the escape speed is more than 40,000 km/h. »

It is the prerogative of so-called launchers “super-heavy”, “which carry phenomenal masses of fuel and oxidizers”, confirms Christophe Bonnal. For the moment, only one is operational, SpaceX’s Falcon Heavy. To compare, “an Ariane 5 rocket as we know it would be able to land a single human being on the surface of the Moon. Without being able to ensure the return! » And without taking into account everything that would have to be developed, starting with a habitable spacecraft and a lunar module.

Service modules made in Europe

Europe currently manufactures service modules for the American spacecraft Orion. This will carry up to six astronauts to the Moon as part of the Artemis program. “These modules provide propulsion to reach lunar orbit and return to Earth. They also provide energy, water, oxygen – in short, the essentials for the survival of astronautsdescribes Bernard Foing. It is a critical system and it is the first time that Europe has such an important role in an American mission. »

In exchange, the Europeans hope to recover a few places on board, for their own astronauts. Arnaud Saint-Martin, specialist in the history of the space industry at the CNRS, puts it into perspective: “Each service module represents approximately $300 million (275 million euros, editor’s note) on a flight estimated at 4 billion. »

With the various round trips and decades of development, it is difficult to quantify the exact cost of the Artemis program. At the beginning of March, the NASA inspector general was counting on 93 billion dollars (85 billion euros) of expenditure for the period from 2012 to 2025. A colossal sum, even for space.

The Lunar Gateway, orbiting the Moon

In addition to the SLS rocket and the Orion spacecraft, the third big piece of the Artemis program is called “Lunar Gateway”. It involves building brick by brick a space station in orbit around the Moon, much like the International Space Station is in orbit around the Earth. A place to conduct scientific experiments, to facilitate exploration and even possibly lunar exploitation, provided that the existence of rich resources can be proven.

Astronauts should thus land in the Shackleton crater, at the South Pole of the Moon, where the presence of water ice is suspected. “Having water allows you to have oxygen and hydrogen, enough to help a lunar habitat and to make fuel”summarizes Stéphanie Lizy-Destrez.

→ ANALYSIS. The future of the space station will go through the Moon

“Unlike the Apollo program, with one-off missions, Artemis is sold as a permanent presence on the Moonintervenes Arnaud Saint-Martin. NASA must demonstrate its ability to manage such a program, involving private partners and States. Even if the figures are to be taken with precaution, they remain impressive and it must now work and be used for something. »

Especially since China, discreet, continues its space advances. And if the war in Ukraine has reshuffled the cards of Western cooperation with the Russians, it is not the same for Beijing. As a good connoisseur sums it up with humor: “Americans are terrified that a Chinese astronaut will ever lower the Apollo flag. »

September 1959. Two years after Sputnik, the USSR continues its race in the lead in the conquest of space and reaches the Moon. The Luna 2 probe is the first human object to crash into another celestial body. Officially, 24 Luna probes will be launched by the Soviet bloc until 1976. Some failed but many “first times” are due to the program (first orbiter, first photos of the far side).

July 1964. NASA in turn reached the Moon with the Ranger 7 probe. Three years earlier, the American government, left behind by the Soviets, had launched the Apollo program. In 1968, Apollo 8 took the first humans to lunar orbit and a year later Apollo 11 landed there.

January 1990. Japan becomes the third country to reach the Moon with the Hiten probe. The Europeans will follow with Smart-1 in 2003, then the Chinese, the Indians and finally the Israelis.