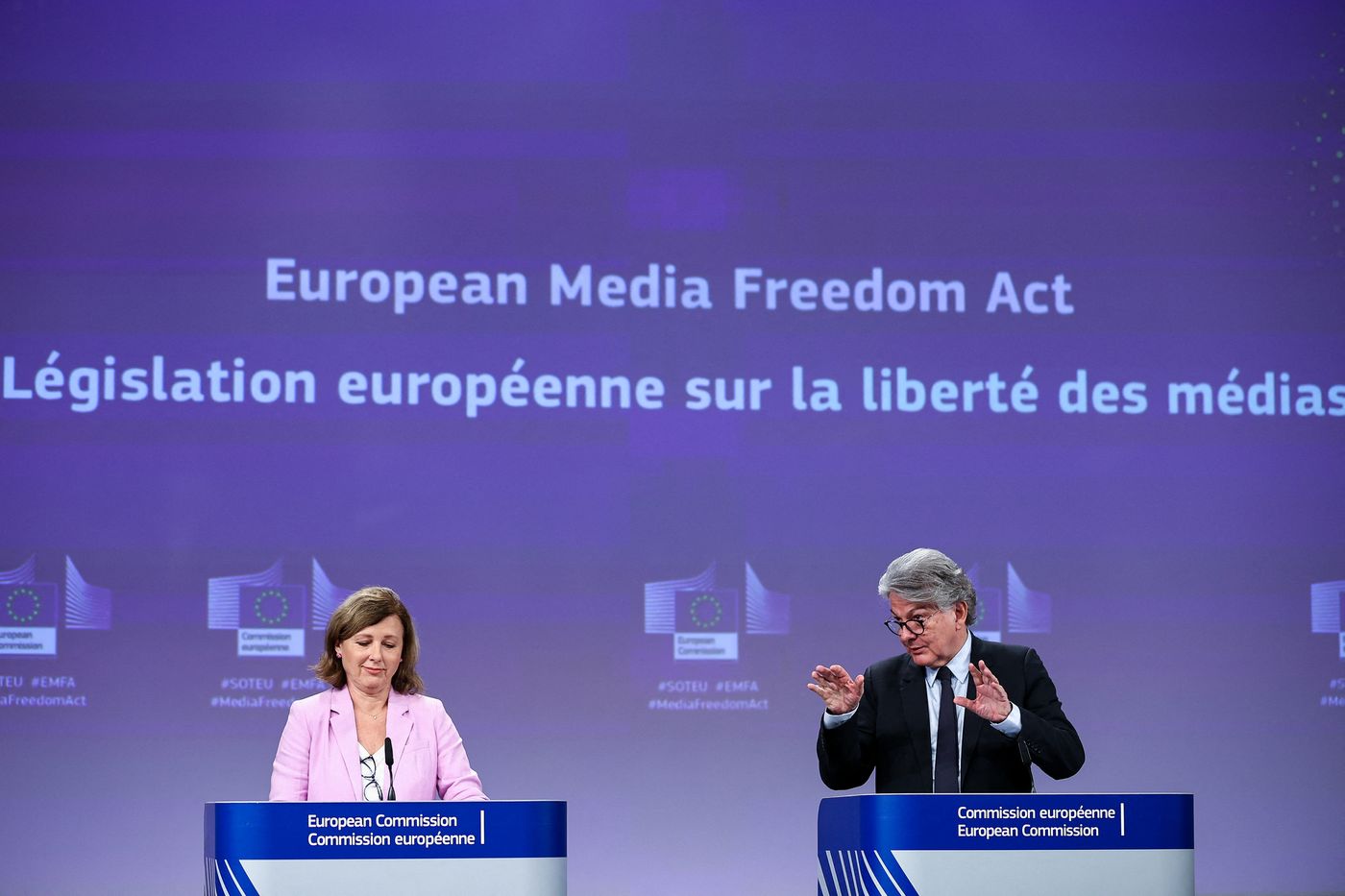 ► What is the context of the Forum for Information and Democracy’s latest report?

At European level, the Media Freedom Act, unveiled on Friday 16 September by the European Commission, also intends to better protect journalists and press freedom by guaranteeing editorial independence and media pluralism. In France, media players are preparing their grievances within the framework of the states general of information announced by the Elysée, which are to open on October 22 as part of Media on stage. Media education and the democratization of access to quality information will occupy a central place.

► What analysis does he make of the situation?

A growing part of the population gets information via social networks. In the secrecy of algorithms designed to capture attention for advertising purposes, these private companies distribute the information produced by journalists. They can also decide to suspend accounts or ban messages, without rules defined by a democratic authority, or justifications to be given.

“We can no longer accept that private companies can make the decision to delete accounts or not. What we would not accept from a ministry of truth, we accept from these platforms! », notes Christophe Deloire, Secretary General of Reporters Without Borders (RSF), initiator of the Forum for Information and Democracy.

“With their self-proclaimed, self-administered standards and unilateral decisions, platforms hold the power to decide who can or cannot participate in public debate within their service delivery,” further notes the report. Gold, “This type of decision must be framed by democratic institutions and obey democratic principles”, considers the group of international experts, which proposes to define national legislation and to put in placean international governance framework.

► What are the recommendations of the group of researchers?

The platforms, recommends the working group, “must create and apply a general liability regime for users of social networks, which would set out in law the applicable rights, duties and sanctions of account holders”. Platforms are also asked to create special regimes to favor news media and journalists, to protect minors, as well as to empower influencers and group administrators, “given their important role in guiding public debate”. Experts also recommend penalties for users, depending on their “level of influence” and “capacity to cause harm”.

The report also calls on States to define by law the types of content (disinformation, hate speech, etc.) which engage the responsibility of account holders. Then to ensure that the sanctions on social networks (limitation of scope, suspension, termination, etc.) are taken with “a legal basis”, “a legitimate aim” and a concept of “proportionality”. A “appeal mechanism” must also make it possible to challenge these decisions before a judicial authority.

“These recommendations are not easy to implementadmits Christophe Deloire. But today it is necessary for there to be a democratic framework for social networks. »