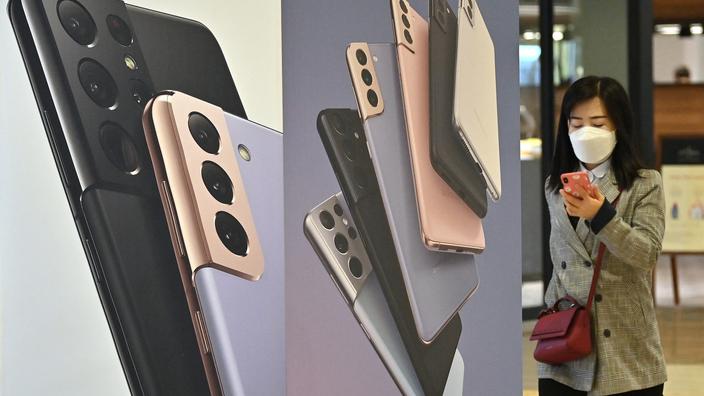 The pandemic and its economic consequences had prompted many consumers to postpone their phone purchase.

Smartphone sales around the world rose sharply between January and March, according to a study published Tuesday by Strategy Analytics, due to a catch-up phenomenon and a sharp rise in China and 5G.

According to the research firm, 340 million devices were delivered in the first three months of the year, up 24% from the same period last year. The pandemic and its economic consequences had prompted many consumers to postpone the purchase of a new smartphone in 2020, lowering the overall volume of sales.

35% increase in sales in China

But in the first quarter of 2021, strong demand from consumers with aging devices as well as the emphasis on 5G technology by Chinese manufacturers boosted the market. “China’s smartphone market had a sensational quarter thanks to the success of 5G products in various price categories“, Notes Linda Sui of Strategy Analytics, which highlights the 35% increase in device sales in China.

“The semiconductor shortage and supply side constraints did not have a major impact in the first quarter on the five biggest brands, but they have been and will remain a source of concern for the larger brands in our view. small vendorsAdds Ms. Sui.

South Korean group Samsung dominates the global sales rankings, with 23% market share, followed by Apple (17%), then Chinese brands Xiaomi (15%), Oppo (11%) and Vivo (11%) ). Samsung has seen its smartphone shipments increase by 32% in one year, thanks in particular to the launch of its new Galaxy A series and the success of its Galaxy S21 series, notes Neil Mawston, Executive Director of Strategy Analytics. Apple sales have increased by 44% compared to the first quarter last. “The strong momentum behind the 5G iPhone 12 series continued in many other marketsSays Mawston.