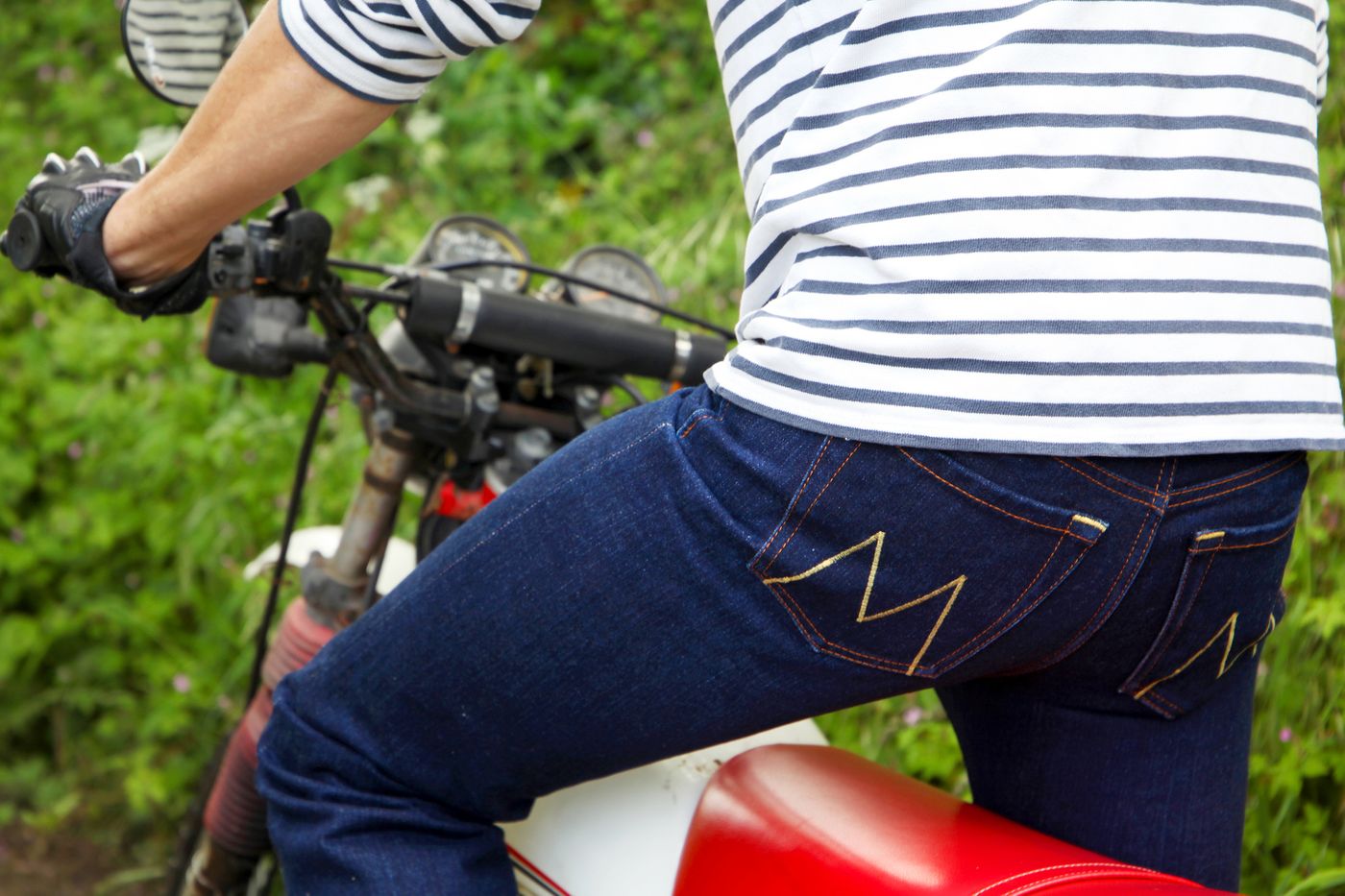 The Made in France Fair, which is due to open on November 11, 2021 in Paris, will put linen, whose entire industry is being rebuilt in France, in the spotlight. Linen which invites itself in all wardrobes and in particular jeans. A pure product of globalization, jeans can travel up to 65,000 km during their manufacture, an aberration for the planet. But we can now opt for French manufacturers of stylish and ecological jeans.

When in 2013, Thomas Huriez and his team launched 1083 (the distance in kilometers separating the two most distant cities in France), no one can imagine the scale of the movement that will make customers adopt their jeans and their approach. French. The challenge was to relocate manufacturing: eight years later, “The most made in France jeans in the world” have become the locomotive of a resurgent industry.

1083 has very competitive prices – from € 99 for the straight men’s or women’s basic in denim blue, to € 149 for a very trendy, loose-fitting and linen women’s model, or € 69 for children’s pants. The product is impeccable: comfortable fabrics, foolproof strength. Obviously, having its own laser washing factory, its “jeans school” so that young people can relearn the trade, master spinning, dyeing, weaving, finishing, cutting and making within 1,083 kilometers around allows control. maximum quality!

Jeans cut exactly to size, made with carefully sewn pieces, for solidity and foolproof comfort, it is a rare luxury. Mr. Falzar offers this service from his workshop located near Granville (Manche). The company created in 2013 by model maker Hervé Brossard, first called Remade in France and renamed Monsieur Falzar in 2018, has made its first model, the Vintage, an emblem.

→ ANALYSIS. Conquering 100% made in France jeans

Made from jeans collected by the local integration association AFERE, its environmental footprint is almost zero: 12 liters of water for its production against 6,000 liters for new jeans made in Asia. Each one is unique for a relaxed style, priced at 149 €. Its success is such that delivery times are lengthening, due to a lack of jeans given to recycling. We will then fall back on the eco-falzar, whose organic fabric comes from the Tarn, or the very chic Selvedge. The Norman artisan company, which reserved these creations for men, soon promises women’s models.

Lorraine of Vietnamese origin, Dao Davy grew up in a family of eight children and, at a very young age, played at patching and working on clothes. His home, “Throwing away was not an option, on the contrary, it was necessary to use things in a fair way”. A trip to Vietnam, where he discovered the backdrop of industrial manufacturing, led him to create his local brand at the age of 24, in 2012.

Setting up his workshop-boutique near Place Stanislas, in Nancy, he made a name for himself as a “half-size” tailor of jeans made unique by their hand-crafted fabrics and the diamond-patterned fabric that marks his signature. Dao was the first French manufacturer to launch, in 2018, linen jeans, in a flexible and comfortable canvas from Rupt-sur-Moselle (Vosges). Two cotton classics also testify to the excellence of its pants, the straight comfort jeans for men at 130 € and the high-waisted flared comfort jeans for women at 135 €.

It was in 1892 that Célestin Tuffery began sewing, in Florac-Trois-Rivières (Lozère), sturdy work pants. The oldest jeans factory in France was born. Julien Tuffery, representative of the fourth generation, and his wife Myriam carry high, today, the heritage of a family of craftsmen of excellence.

Among the Tuffery creations, all identified by a first name, we will distinguish this fall the elegant linen denim skirt Pauline (139 €), the eternal basic Célestin for men (99 €) or the Alphonse straight jeans which offers luxury. to be in French wool or hemp (220 €). Expensive but indestructible, the clothes coming out of the Cévennes workshops age with elegance. Their cost price is detailed on the site. For jeans at € 99, ​​€ 30 for manufacturing, € 15 for raw materials, € 4 for training… and a final margin of 5%. Transparency that appeals to customers: to meet their demand, Tuffery will invest 2.5 million euros and triple its production and storage area by summer 2022. Without leaving Florac.

Those “Proudly French jeans”, according to their slogan, are made in Décines-Charpieu (Lyon metropolitan area). Their boss, Jean-Charles Tchakirian, relaunched in 2019 a family clothing factory closed for fifteen years, and then sold 1,400 jeans through a fundraising campaign. In 2020, the Lyonnais is completely reconverting its production and hiring seamstresses to devote themselves to protective masks against the Covid: it has supplied more than 250,000 to municipalities, local communities and businesses.

Back to jeans this year in maintaining a united, ecological and local approach. Le Gaulois offers few models, but very well studied. For women, the excellent Lutèce inspired by the cut Mom (“Mom”) 1970s, high waist, comfy at the hips and narrow at the ankles, and the Condate, straight. For men, two basics, the Massalia and the Lugdunum at the high waist. All are in Normandy linen, cost 149 € and are offered in two colors, blue and black, by this manufacturer that goes straight to the point.

In February 2020, Marc Pradal, president of Kiplay, was invited to the Élysée among 150 figures of French fashion. The manager of the Saint-Pierre-d’Entremont (Orne) company then offered two Kiplay jeans to Brigitte and Emmanuel Macron. One way to promote by example quality products from a solid company. Galoshes factory when it was created in 1921, Kiplay, a family company run by the Pradals for four generations, then specialized in canvas work clothes.

Forced to relocate its production in the face of fierce competition from Asia, Kiplay returned to France seven years ago thanks to the manufacture of old-fashioned jeans with superb fabrics. The brand offers a basic 5-pocket stretch for men at 129 €, a women’s model, Emma, ​​at 149 € as well as jackets and “worker’s jackets” in denim or moleskin, reinvented with luxury, like the Léon or the Gaspard in 179 €: they can be lined with fabrics illustrated by maps of Normandy.