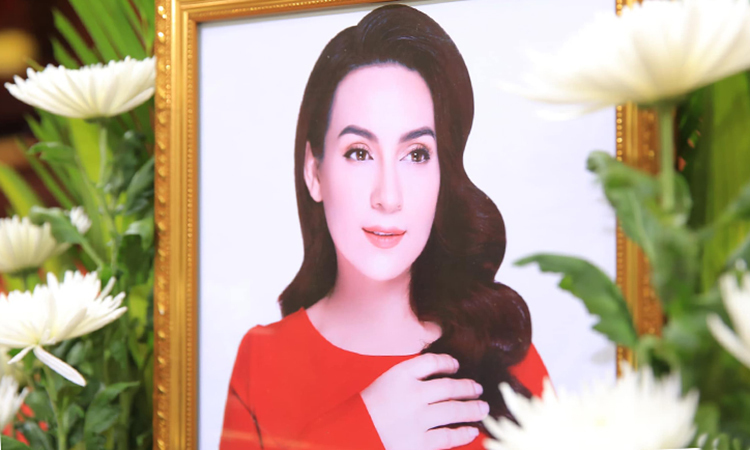 On the morning of October 8, Phi Nhung’s cousin – Thanh Huy – said that at first the family wanted to bring the singer’s body back to the US. However, this plan could not be implemented because of many necessary paperwork related procedures.

Previously, on her personal page on October 3, the singer’s daughter – Wendy Pham, who lives in the US – expressed her wish to receive her mother’s body to see her face one last time.

Over the past 10 days, Phi Nhung’s family held a ceremony to pray for blessings at Khanh An Vihara, Phap Van Pagoda (HCMC) and Giac An Vihara (USA). Artists at home and abroad commemorate her with music and poetry. Manh Quynh composes an old song Crying for you like rain Expressing love and wishing Phi Nhung rest in peace. Snow White chooses Dust – famous song of Trinh Cong Son – as a farewell to her favorite voice in the field of lyrical music, homeland. Composer Pham Khai Tuan composed the song See you in peace. The next day, the regret was still full, he continued to write Wish you peaceful.

Phi Nhung died at the age of 51, at 12:15 pm on September 28. In August, the singer returned from charity work and caught a cold. The singer tested for RT-PCR and tested positive for nCoV. In mid-August, she was hospitalized at Gia An 115 Hospital, then transferred to Cho Ray Hospital, where she was treated in the Intensive Care Unit until her death. The family revealed that according to the medical records, for more than a month in the hospital to fight Covid-19 at Cho Ray Hospital, Phi Nhung had two negative results on September 14 and 22. So, at times, her family thought she could make it through.

She was born in 1970, from Gia Lai. In 1989, she went to the US, sang charity work at the temple and succeeded in the overseas music village. In 2005, Phi Nhung returned to the country, still pursuing the country’s music. Voice Cork Cotton adopted many orphans.