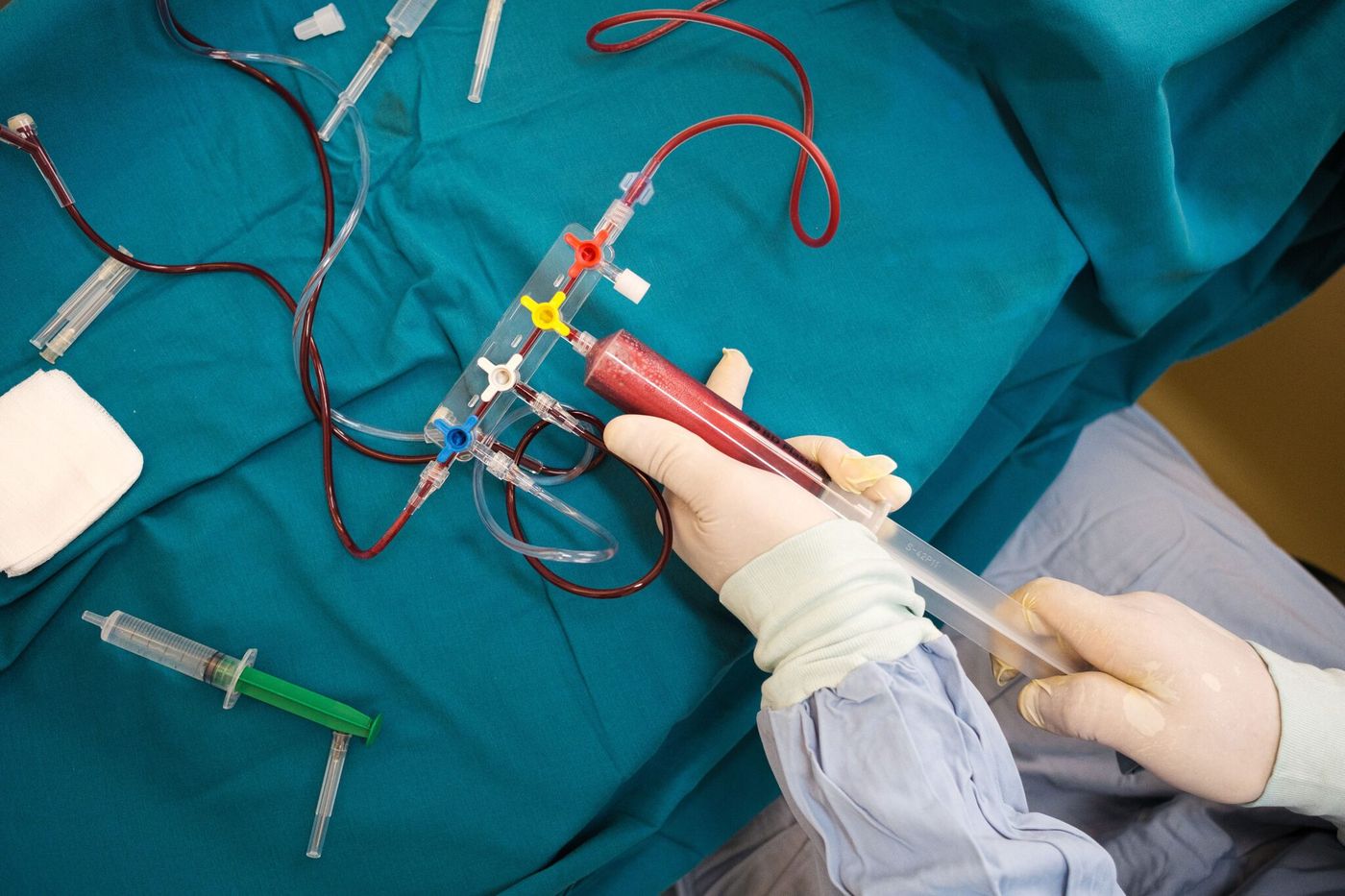 Laetitia Defoi grew up with the idea that she would “never anything (her) life “. “I have suffered a lot from the lack of knowledge and fear generated by sickle cell disease., especially in high schoolsays this expert patient. Because my disability was invisible, the teachers didn’t think I was sick. They wouldn’t let me take my medication in class and didn’t understand my repeated absences. » Absences in reality due to his crises and the numerous hospitalizations which, even today, punctuate his existence.

Anemia, recurrent infections, fractures, vascular damage… Sickle cell disease is characterized by regular and very painful complications. “Sometimes you really feel like you’re going to die,” says this young Martinican, who finally thwarted the predictions. Having become a nurse, she co-founded the mobile application Drepacare, a mutual aid social network dedicated to the sick and a tool to raise awareness of this genetic disease affecting red blood cells, essential for the transport of oxygen in the blood.

“It is present throughout the territory”

In 2019, 580 children were born with sickle cell disease in France. “It is by far the most common rare disease, points out Doctor Sylvain Le Jeune, specialist in internal medicine at the Avicenne hospital in Bobigny (Seine-Saint-Denis). It represents one birth in 1,300 against, for example, one birth in 6,300 for cystic fibrosis. » In addition, the number of patients needed to be treated is expected to increase in the coming years, “on the one hand, because infant mortality is falling, which means that more patients reach adulthood; and on the other hand, because of the migrations which tend to intensify”explains the doctor.

However, he insists: sickle cell disease is not only the affair of the DROM-COM (overseas departments and regions and overseas communities) or black people, contrary to popular belief. “It is present throughout the territory. 80% of the cases are found in the overseas territories and in Île-de-France, but there are also many patients in Brittany and in the Center region. » However, care is very unequal from one region to another. “The first National Rare Diseases Plan, in 2004, enabled the construction of a network of reference centres, but the medical community remains insufficiently trained. There are few experts and they are concentrated in the big cities,” summarizes Sylvain Le Jeune, who recalls that only people with both genes for the disease develop it. Those who have only one generally live normally, but are likely to transmit the disease to their child if their partner is also a healthy carrier.

Hence the importance of neonatal screening. If, overseas, sickle cell disease is systematically sought during the Guthrie test (1), its detection is optional in mainland France, and depends largely on criteria based on ethnic origins. “This targeting causes a number of children to go through and not be diagnosed until a few years later when complications arise,” deplores Doctor Bérengère Koehl, pediatrician at the Sickle Cell Center at Robert-Debré Hospital in Paris. As a result, some people find themselves carrying the mutated gene when they learn of the disease from their children.

While Emmanuel Macron has promised to make sickle cell disease one of his health priorities, specialists also hope to see research progress. “Today, there is no curative treatment, apart from bone marrow transplantation, but it requires finding an intrafamily donor and is reserved for very severe forms of the disease”, emphasizes Sylvain Le Jeune. As for gene therapy, a source of hope for all rare diseases, “it is only in its infancy”. So many issues on which doctors and associations will try to alert public opinion on World Sickle Cell Day, June 19.

The first genetic disease in France

Sickle cell disease affects approximately 300,000 births per year worldwide, with a majority in Nigeria, the Democratic Republic of Congo and India.

In France, it is estimated that there would be between 20,000 and 32,000 patients, most residing in the overseas territories, in Île-de-France, in Brittany and in the Centre-Val de Loire.

Life expectancy of patients has gone from 20 years before the 1980s to more than 40 years today.