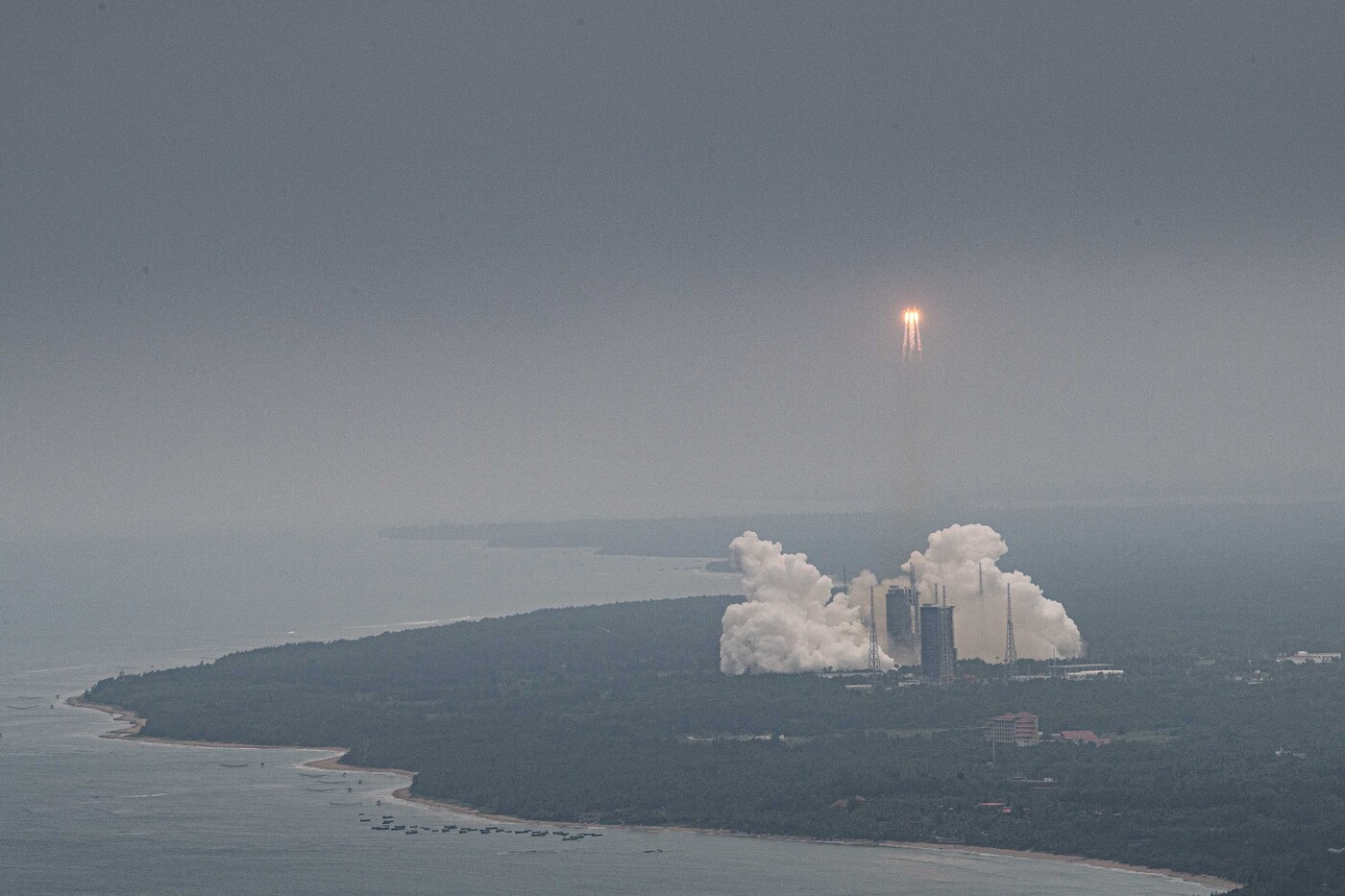 The Cross: A Chinese rocket is falling back to Earth uncontrollably, after having placed in orbit the first elements of the future Chinese space station. Should we be worried?

Christophe Bonnal: Let’s not panic. 70% of the Earth’s surface is covered by oceans, and between deserts and forests, inhabited areas barely represent 3% of the surface; it would really take a bad luck for the rocket to land there, but there is still a risk. Since 1957, there have been 25,000 atmospheric re-entries of objects sent by man, and they have never caused a victim. In the history of space exploration, only one person has been hit by a piece of metal that fell on their shoulder without injuring them.

The Chinese rocket is of concern because it is a very large object, around 22 tons. In comparison, the stages of Falcon 9, SpaceX’s rockets, which fall uncontrollably every other time, weigh five tons. However, like any object that falls back to Earth, the Chinese element will pass through the atmosphere, where it will be heated and fragmented. Much of this pitcher, made of aluminum, will melt. In the end, one or two tons should survive the atmospheric reentry, disintegrate and hit the surface of the globe around May 8.

CB: About once a week. In this specific case, it is a Long March 5B rocket, a very heavy launcher and above all without an upper stage. Normally, when you send a rocket, it “splits”: the lower and main stages fall back a few minutes after launch in a controlled fashion, in open and planned areas. An upper stage, which accompanies the putting into orbit of the payload, continues on its way and you only have to worry about this atmospheric reentry.

In the Chinese case, the entire main stage is mounted in orbit because this upper part does not exist. And this whole floor is falling now. During the first launch of such a rocket in May 2020, the largest elements fell back into the ocean off Côte d’Ivoire, but some pieces had hit the country, causing a stir.

Recommendations and codes of good conduct exist to promote controlled deorbiting. But managing the fallout is technically complicated, you have to be able to relight the propulsion, have position measuring instruments, etc. In practice, the recommendations therefore remain… recommended. Only France adopted a binding law in 2010, with possible fines.

Why can’t we predict more exactly the place and time of fall?

CB: For the first floors, which fall on launch, we know very well how to predict the place and time of impact. At each launch, warning messages are issued for planes and boats so that they do not end up in the area concerned. But for an element in orbit, the descent depends on the layers of the atmosphere, the shape and weight of the object, its position, etc. Too many factors on which we do not have a sufficiently precise visibility.

→ TICKET. From up there everything is beautiful

The day before an atmospheric re-entry, the foreseeable zone still includes a margin of error of 60,000 kilometers! And half an hour before the finish, the probable zone still extends over a strip of about 3,000 km long by 50 or 60 km wide. It’s like taking a train on a very long railroad track. You know its route but you do not know at what level of the line it is located. Especially since you do not have a single monobloc train, but a cluster of small wagons detached from each other and which fall more or less close together.