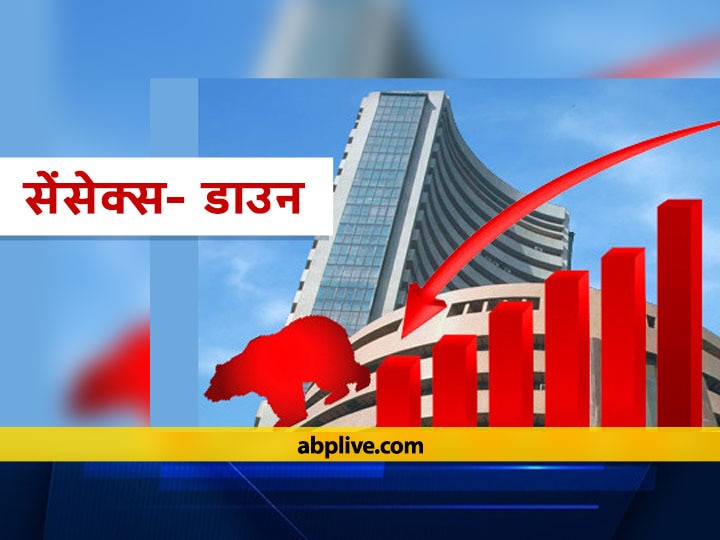 New Delhi: The impact of rising corona virus cases in the country is also visible on the market. The Bombay Stock Exchange’s Sensex fell by 1,145.44 points on the first day of trading opening today. BSE has recorded a decline for the fifth consecutive day. On Monday, fear of Corona’s increasing cases was clearly visible to investors and they sold shares fiercely. The market index also touched the highest level of 50,986.03 this morning. However, by the evening, the market closed with a heavy fall. Apart from this, the Nifty also closed at a loss of 306.05 points.

The 30-share BSE Sensex fell by 1,145.44 points, or 2.25 percent, to 49,744.32 points. Similarly, the National Stock Exchange’s Nifty lost 306.05 points, or 2.04 percent, to close at 14,675.70 points, down from 14,700 points. The decline in the Sensex was recorded due to the fall in the shares of big companies like Reliance Industries, Tata Consultancy Services and HDFC. The negative trend of global markets also affected the market sentiment.

Among the companies involved in the Sensex, Dr. Reddy’s shares fell the most by nearly five percent. The shares of Mahindra & Mahindra, Tech Mahindra, Axis Bank, IndusInd Bank and TCS also lost. On the other hand, the shares of ONGC, HDFC Bank and Kotak Bank were in profit.

He said that the markets came down in the afternoon business. Investors’ perception was affected due to concerns over the rise in the case of Kovid-19 and the possibility of its economic impact being much higher than earlier estimates. Among other Asian markets, China’s Shanghai Composite, Hong Kong’s Hangseng and South Korea’s Cospi were at a disadvantage. There was profit in Nikki of Japan. European markets were also at a loss in early trade. Meanwhile, the global benchmark Brent crude was trading at $ 62.55 per barrel, up 0.66 percent.

Rahul Gandhi’s attack on the price of petrol, said – emptying your pockets, the government is filling the treasure of ‘friends’