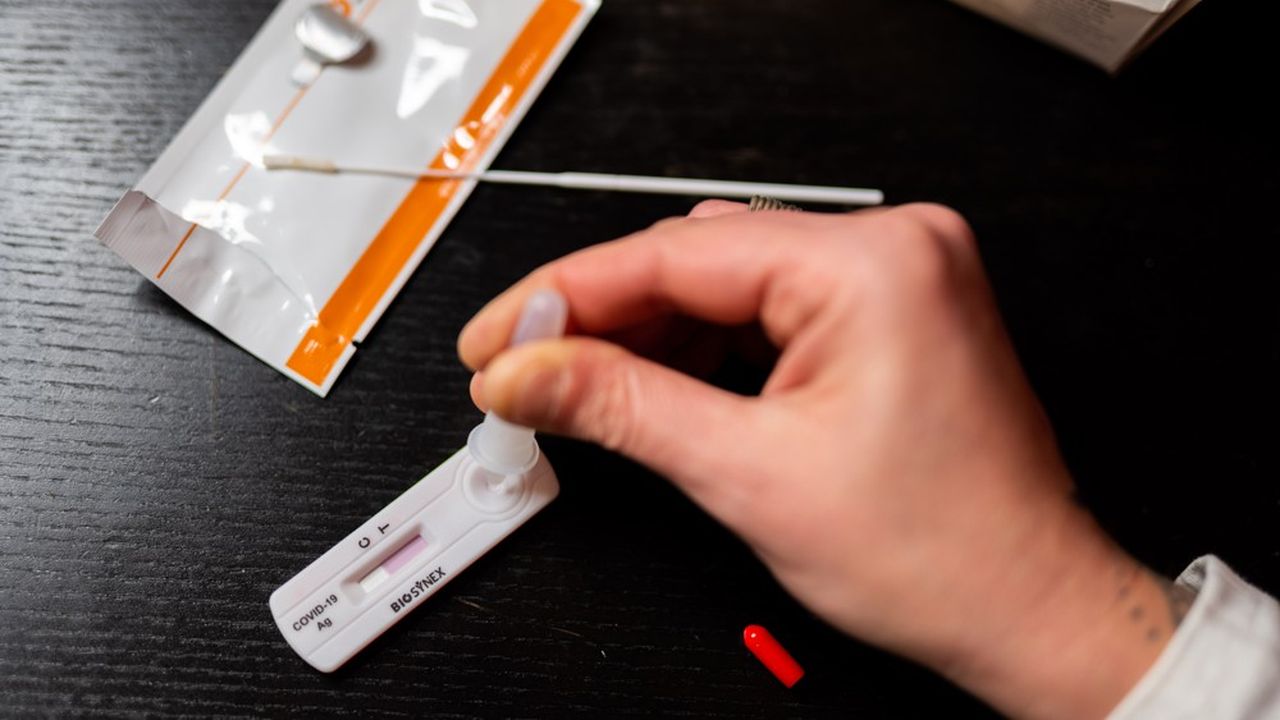 They are the new stars of the government’s anti-Covid testing strategy. Self-tests have taken on a new dimension since Tuesday, by becoming the cornerstone of the health protocol in schools.

Faced with the anger of teachers and parents of students, as well as the lengthening of the queues in front of pharmacies, Jean Castex indeed announced Monday evening that children in contact with one of their comrades should not have to no longer perform an antigen test or RT-PCR, but three self-tests delivered free of charge, to be done at regular intervals. In recent days, millions of parents have become the first bulwark against the pandemic. What are the advantages and limitations of these tests? Response elements.

1. How do these tests work?

Unlike PCR tests which detect the genetic material of the virus, antigenic tests – of which the self-tests are a part – detect proteins of the virus. In the case of Sars-Cov2, it is the N protein that is sought. It is its presence in the nasal cavities that causes the appearance of a coloration on the tab of the self-test.

Another difference with the other tests, for which the sampling and the processing of the sample are carried out by professionals, the self-tests are designed in the form of a kit allowing the sampling and reading of the result by the patient, at home.

2. How reliable are these self-tests?

With the self-tests, there is no amplification of the proteins present in the sample taken as is the case with the genetic material during the PCR tests. The quantity of virus in the sample must therefore be large enough for it to be detected.

Until now ; Self-tests were considered to be 80% reliable in symptomatic individuals but only 50% reliable in asymptomatic individuals with lower viral loads. However, it seems that the viral load is lower with Omicron. Hence the risk of false negatives and the contaminations that can follow. In case of suspicion, it is therefore necessary to repeat the self-tests regularly to increase the chance of detecting the possible presence of viral proteins.

Finally, the quality of the self-tests varies depending on the manufacturer and their reliability also depends on the way in which the sample was taken.

The Ministry of Health lists 51 self-tests authorized on the French market. The majority – around 30 – are produced by Chinese companies. But several French firms are also present. This is particularly the case of the Alsatian BioSynex and Toda Pharma, or the Ile-de-France AAZ, which keep announcing new hires and increases in production to keep up with the explosion in demand. A few more important players have also embarked on the race, such as Boiron, which has forged a partnership with the specialized company NG Biotech for the production and marketing of an autotest called Ninonasal.

Of the 51 references listed by the Ministry of Health, eleven have seen their exemption, issued to speed up the marketing in the context of a pandemic, expire on December 31, 2021. Units already in the distribution channels can however be marketed and used until their expiration date.

Since May 15, the price of self-tests in France has been capped by decree at 5.20 euros. Pharmacies were the first authorized to market them, since spring 2021. Faced with the spread of the Omicron variant, the government authorized, on December 28, supermarkets to also offer them, at least until the end of January.

Prices have plummeted there, sometimes falling to less than two euros per unit. This difference can be explained above all by the ability of the giants of mass distribution to place orders on a very large scale, which allows them to lower prices very sharply from suppliers. For their part, pharmacies denounce the shortages caused at home by these wholesale orders.

Under certain conditions, the self-tests can be distributed free of charge in pharmacies. This is particularly the case for home help for the elderly or disabled. Since January 3, contact cases with a complete vaccination schedule can access two self-tests, to be carried out on D + 2 and D + 4, provided they have carried out a first negative test, PCR or antigen. And, since Tuesday, parents of children in contact cases can be issued three self-tests free of charge in pharmacies, fully covered by Social Security.