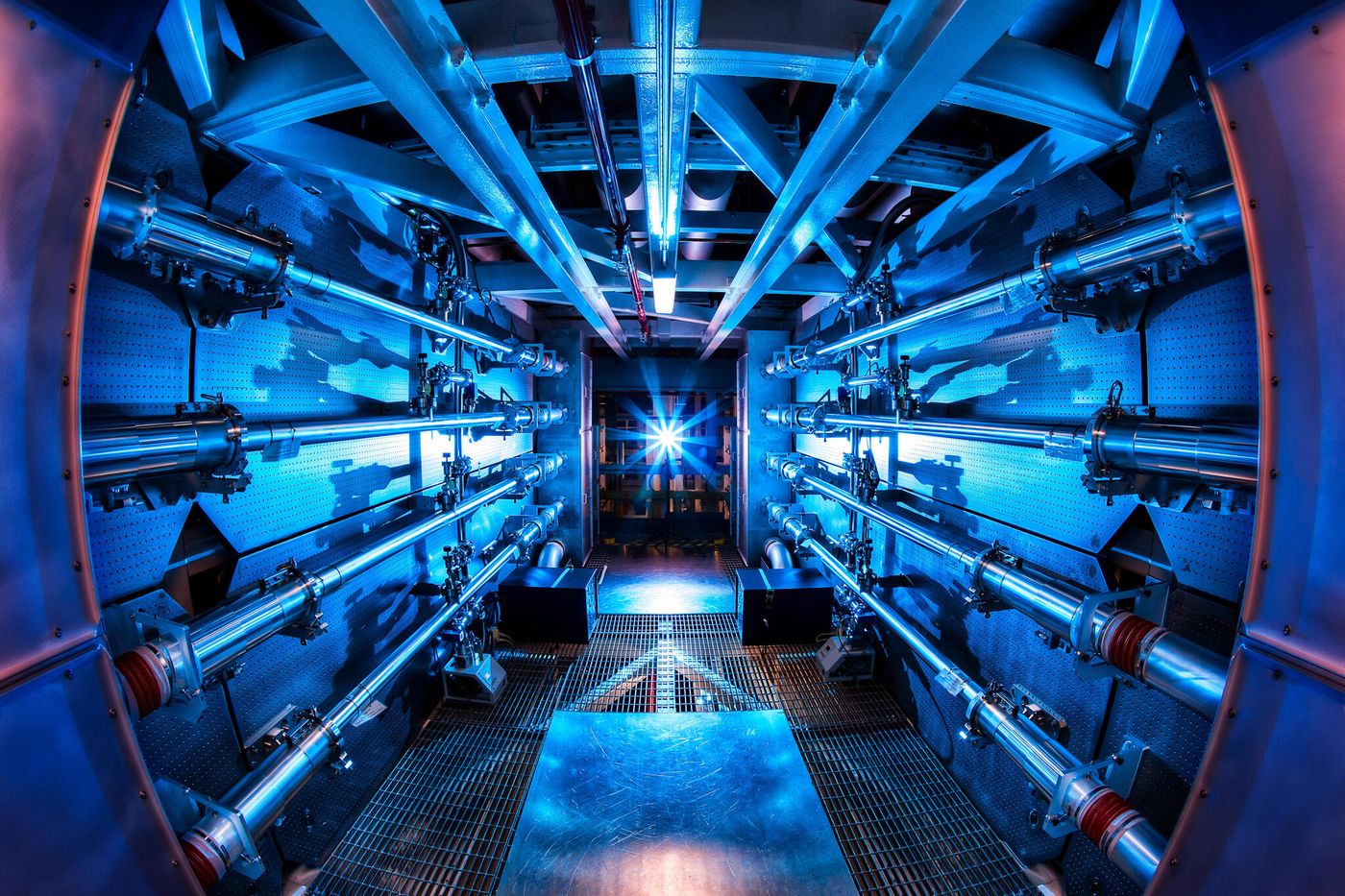 This is not yet a victory, but one more step towards, perhaps one day, a nuclear fusion reactor. Thursday, January 27, teams from the National Ignition Facility (NIF), an American laboratory, reported in the scientific journal Nature having succeeded in reaching a burning plasma, a stage necessary to consider the future.

A tiny capsule in a gigantic chamber

“Conventional” reactors, which operate by fission, aim to cut a heavy nucleus in two, such as that of uranium, to release a large quantity of energy during this rupture. Conversely, for nuclear fusion, it involves bringing together two light nuclei, most often deuterium and tritium, two forms of hydrogen.

In the American case, this nuclear fuel was enclosed in a diamond capsule of a millimeter diameter. Capsule which was then placed inside a holhraum, a fingernail-sized tube. More than 190 laser beams came to heat the tiny holhraum, itself positioned within a gigantic steel chamber 10 meters in diameter. The installation, monumental, aims to concentrate the energies on the tiny quantity of fuel to force the union.

A different approach than Iter

The capsule is compressed and the deuterium-tritium mixture turns into a plasma (a fourth state of matter in addition to solid, liquid and gas). This plasma was then almost self-sustaining, that is, the energy released was sufficient to cause the rest of the fuel to melt. Sort of like melting chocolate, then adding an unmelted square back into the hot mixture and it melting back.

To exploit nuclear fusion, we must go further: not only must the reaction release enough energy to sustain itself, but it must also produce a surplus that can be used in a power plant. If the lasers must bring more energy than is recovered at the output, the interest is zero. To use the analogy again, if you add squares of chocolate, necessarily colder than the melted chocolate that comes out of the microwave, you are de facto cooling the mixture in the bowl. This one will become less and less able to melt the new squares and it will have to be put back in the microwave.

The American approach differs from that of the Iter project, under construction in the south of France, by using inertial confinement instead of magnetic confinement (with a tokamak). Impossible to say for the moment which approach will be the best for a sustainable production of energy.