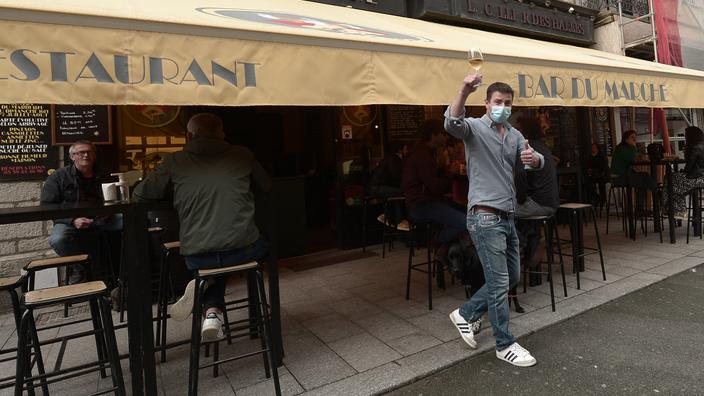 The increases negotiated on Thursday could be partly offset by higher prices for consumers, according to the Umih.

How to make the hotel and catering sector more attractive? This Thursday, unions and employers are entering into negotiations on working conditions in their branch. Another meeting is already scheduled for December 16 if no agreement is reached. At the heart of the discussions, the question of remuneration in a context of labor shortage. Since the start of the school year, the government has been putting pressure on professionals in the sector by demanding rapid and significant salary increases to attract new candidates.

Large beneficiaries of partial unemployment and the solidarity fund during the pandemic, the bosses seem willing to improve working conditions in the hotel and restaurant industry. Thierry Grégoire, responsible for social issues at Umih, proposed in an interview with Parisian increases of 6 to 9%, a thirteenth month or the possibility of not working one weekend per month. “The revaluation of the salary grid is the heart of the negotiations on Thursday», Confirms the UMIH.

Indeed, the salary scale in the branch has remained unchanged since 2018, and therefore obsolete in relation to the minimum wage. In 2019, the proposal made by the employers’ unions had not been signed by the employee unions and, in 2020, the pandemic has passed by. As a result, on October 1, taking into account the automatic increase in the minimum wage, there was a drop of 75 euros compared to the minimum wage proposed on the salary grid for the hotel and catering industry. According to figures from the Dares, the average gross monthly salary in the hotel and catering industry is 1,810 euros against 2,460 euros on average in all branches.

But these wage increases will be partly offset by higher prices for consumers. “With the increase in wages, the price of raw materials, energy and transport costs, it is clear that we will have to increase our prices but the difficulty is to know in what proportion», Declared Didier Chenet, President of the National Group of Independent Hotel and Restaurant Industry. The payment of a thirteenth month had been considered for a few weeks but this option does not really seem on the table on the side of the four employers’ unions.

SEE ALSO – “There are a lot of salary problems in France”, deplores Jean-Hervé Lorenzi

Beyond the question of salary, the desires of employees in the sector in terms of the pace of work have changed enormously with the coronavirus crisis, wishing to be able to enjoy their evenings and their weekends. Some employees then decided to change lanes or others, close to retirement, chose to shorten their professional life. “We will organize new negotiation meetings in January to find solutions so that our employees can have a compatibility between their professional and personal life such as being able to have a weekend of rest every X weeks.“, Highlights the president of the GNI.

Read alsoEmployment at its highest, labor shortages too

In total, 237,000 workers have left the sector since February 2020, or nearly 20% of the workforce. Between February 2020 and February 2021, its workforce increased from 1.309 million to 1.072 million employees, according to the Ministry of Labor. In the midst of a rebound in its activity, the branch is now experiencing labor shortages and is struggling to attract new recruits. Salary negotiations to try to remedy this situation are to extend until the end of December.