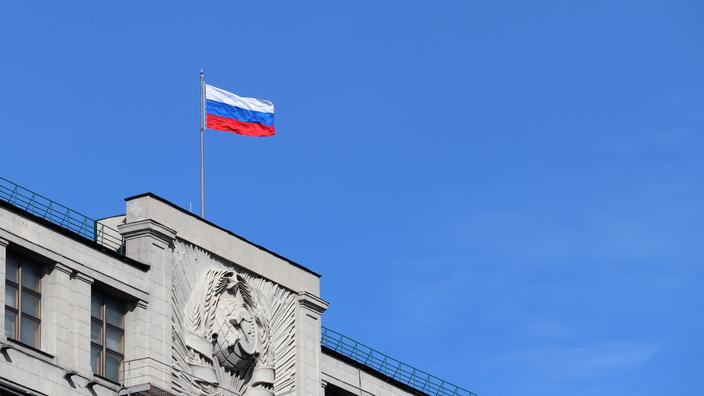 Russian authorities regularly sanction large digital companies, especially foreign ones. But these fines, of 87 million and 23 million euros, are unprecedented in their amounts.

Russia on Friday sentenced Google and Meta to record fines of 87 million and 23 million euros for not removing content “forbidden», A sign of the growing pressure in the country against the digital giants.

Read alsoFrom Facebook to Meta: Why is a business changing its name?

In recent years, the Russian authorities have continued to tighten their control over the internet, the last space where critical voices of the Kremlin can still speak with relative freedom. They regularly sanction large digital companies, especially foreign ones, accused of not erasing content deemed dangerous for minors or linked to the opposition.

However, the fines of 7.2 billion rubles (87 million euros at the current rate) and 1.9 billion rubles (23.8 million euros) which Google and Meta (Facebook’s parent company) received respectively are unpublished by their amounts. The Moscow Courts Press Service reported that the Californian giants had been found guilty of “recidivism“. They were therefore sentenced, for the first time, to a fine calculated on the basis of their income in Russia.

In a statement, the Russian telecoms gendarme, Roskomnadzor, said that, in this case, the prohibited content stirred up either “religious hatred“, Contained information”unreliable“Or dangerous for minors, or promoted”terrorist or extremist organizations“. According to Roskomnadzor, the social networks Facebook and Instagram (owned by Meta) still have more than 2,000 prohibited content in Russia. For Google, this figure reaches over 2,600. “We will study the court documents and then decide what action to take.Google’s press service told AFP in the middle of the day.

In addition to pressure for fines, authorities have threatened to arrest Apple and Google employees in Russia if they do not cooperate, according to sources inside the groups. In September, just before the general elections, Moscow succeeded in this way in forcing these two companies, accused of “electoral interference», To withdraw from their virtual stores in Russia the application of the imprisoned opponent Alexeï Navalny.

Leonid Volkov, ally of Alexeï Navalny, believes that Google will soon be faced with a difficult choice: not to pay the fine and leave the Russian market, or delete all its content “illegal», In particular the very popular videos of Alexeï Navalny on Youtube (owned by Google). “The market is big enough, Google doesn’t want to lose it, but a fine of this size makes it less interestingLeonid Volkov wrote on Telegram on Friday.

Since 2014, Russian law has also required web companies to store the data of their Russian users in Russia, legislation that has cost foreign digital companies thousands of euros in fines. The authorities are also developing a system of “sovereign internetWhich will eventually give the possibility of isolating the Russian Internet by separating it from the major world servers. The Kremlin denies wanting to build a national network under control, as in China, but this is what NGOs and opponents fear.

In January 2021, President Vladimir Putin ruled that the internet giants were “in de facto competition with the States“, Denouncing their”attempts to brutally control society“. Russian power is finally strengthening its grip on the champions of Russian digital technology. Passed under the control of a subsidiary of the gas giant Gazprom, the Russian tech group VK, parent company of the first social network in Russia “VKontakte», Has been directed since mid-December by Vladimir Kirienko, son of a close collaborator of Vladimir Poutine.