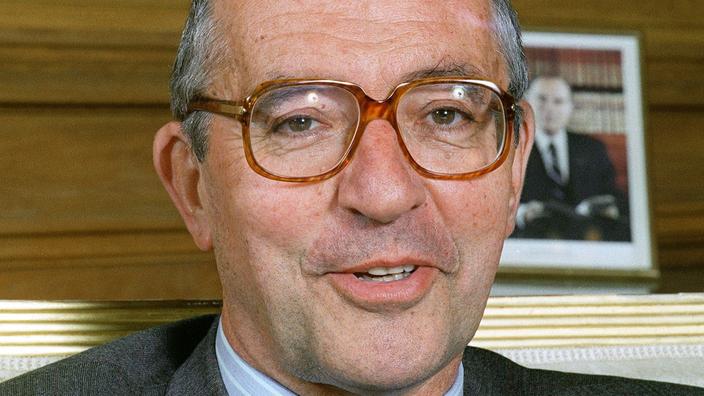 Former CEO of Saint-Gobain, he was also director of ENA and president of the High Council for Integration.

Roger Fauroux, former CEO of the Saint-Gobain group and Minister of Industry under François Mitterrand, died Friday evening at the age of 94, one of his sons and Saint-Gobain told AFP on Saturday. Grand captain of industry of France in the Trente Glorieuses, Roger Fauroux was a humanist with a rich curriculum vitae. “He was not only a business-minded man but also a lover of letters», Underlined his son Nicolas Fauroux.

This convinced Christian, who worked tirelessly in search of consensus, was also an expert in major societal causes such as education, integration and housing. A vocation, he said, linked as much to his passion for “the service of the general interest“Than to an incurable”curiosity»Inherited from childhood.

Born on November 21, 1926 in Montpellier (Hérault), normalien, graduate in theology, agrégé (received first in the German aggregation) and enarque, he had joined in the early 1960s one of the jewels of French industry , the Pont-à-Mousson company. He rose through all the ranks, until in 1980 he took on the presidency of the group that became Saint-Gobain (production, distribution of materials). He will keep his post after the nationalization of the company in 1982 by the socialist government, and will be, much later, honorary president.

Read also :40 years ago: birth of the “Mitterrand generation”

In 1986, he became the first industrialist to head the National School of Administration (ENA), whose statute he worked to reform. Then, after having chaired the editions of Le Cerf, he was appointed Minister of Industry and Regional Planning in the two Rocard governments (1988-1991). From 1997 to 2001, succeeding Simone Veil, he chaired the High Council for Integration, the body founded by Michel Rocard in 1990 after the first sailing business at school.

Roger Fauroux then devoted his time to his mandates as director of companies and to the drafting of various reports, in particular on the school and the fight against ethnic discrimination in the field of employment. In 1999, he was given an interministerial mission on the Balkans.

Passionate about foreign languages, he chaired the Institut Catholique for several years, and was one of the co-founders, notably with François Furet, of the Saint-Simon Foundation. This think tank (1982-1999), which brought together academics and business leaders, was during these fifteen years a benchmark in the political and intellectual world.

In 2001, he published “Our StateWith Bernard Spitz, an essay on the reform of the French state which had achieved great success. He had reoffended in 2004 with “Emergency state», Always with Bernard Spitz. Under their leadership, several experts then carried out a diagnosis of the State in France and proposed a set of reforms.

Read also :Benoit Bazin: “Saint-Gobain has three decades of growth ahead of it”

In 1981, this father of six children returned to the family lands by buying a farm in Ariège, near Saint-Girons, of which he was the various left mayor from 1989 to 1995. Roger Fauroux, elevated to the dignity of Grand-Croix of the Legion of Honor in 2016, had retired from public affairs for several years. His wife, Marie, historian, who died in April, was the sister of the great historian Emmanuel Leroy-Ladurie.

To see also – Louis Giscard d’Estaing: “François Mitterrand is the beginning of the decline of France”