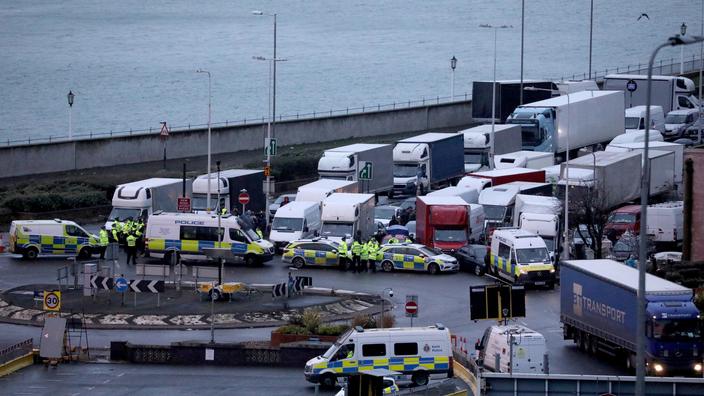 Thousands of truckers were stranded, some since Sunday, around the English port of Dover after the appearance of a new strain of Covid-19.

The British army announced on Friday December 25 that it had deployed more than 1,000 soldiers to test for Covid-19 the thousands of truckers stranded around the English port of Dover due to a new potentially more contagious strain of the new coronavirus.

After 48 hours of total closure, France has been allowing the return of drivers stuck on the British side since Wednesday morning, on condition of presenting a negative Covid test. Thousands of them were still waiting on Friday to be tested to be able to return home, some parked on the runway of an old airport, others directly on the highway.

“We are deploying 800 additional staff to support increased tracing capabilities to clear accumulated vehicles», Announced the Ministry of Defense on Twitter, specifying that they are added to 300 soldiers already on the spot.

“Although significant progress has been made as hundreds of vehicles have been able to leave the UK, more screening is needed as new vehicles continue to arrive every hour», Added this source.

The soldiers will also participate in the distribution of water and food for the stranded drivers, some since Sunday. To help with the screening, France also sent a team of 26 firefighters, more than 1,000 meals and volunteers from the Red Cross.

To see also – UK: truck drivers get tested in Dover after border reopens