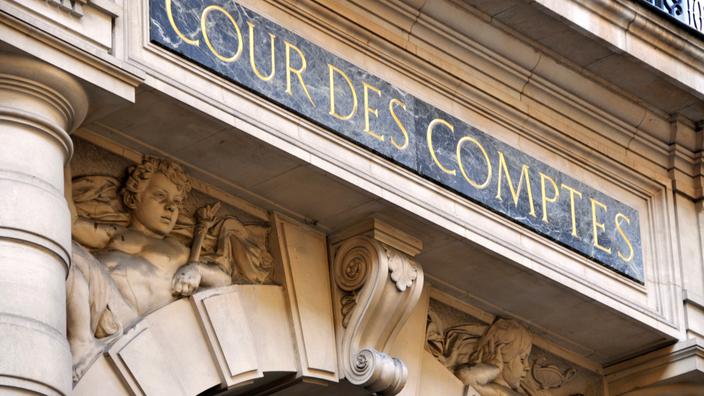 The institution submitted its report to the executive on Tuesday for the restoration of public finances considerably damaged by the health crisis.

With an exceptional pandemic, an unusual report to say the least. When the Prime Minister asked them in February to draw up recommendations on the public finance strategy for exiting the crisis, the magistrates of the Court of Auditors perhaps did not realize that they would be thinking outside the box. Because this audit, submitted this Tuesday to Jean Castex, does not content itself with carrying out a strictly financial analysis of the state of the country’s accounts, which have plunged into bright red with a debt that should reach nearly 118% of GDP and a deficit forecast at 9.4% at the end of the year.
The financial institution is proposing, this time, a dual approach which attempts to “reconcile” both the strengthening of growth and the need to seriously tackle the over-indebtedness of France, which has faced this crisis with accounts much more degraded than its European neighbors … And this without breaking the recovery, as was the case in 2012. It would indeed have been difficult to advocate the revenue applied in the aftermath of the 2008 financial crisis. Namely a recovery of public finances with a fiscal pressure increased to achieve this, which had the effect of undermining growth for several years. Pierre Moscovici, first president of the Court of Auditors for a year, knows it only too well: after the victory of François Hollande in 2012, he was appointed Minister of Finance at Bercy …

Read also :Debt: “What matters, for public finances, is the weight represented by the interest charge”

There is no doubt that, with less than a year before the presidential election, this audit is timely. And it is no coincidence that its publication has been postponed several times since April. At a time when the situation is improving in the health field, the executive sees it as a way to legitimize its exit strategy from the crisis focused on the end of “whatever the cost”, the recovery plan. 100 billion euros and the cleaning up of public accounts once the country has taken its head out of the water. Especially since Emmanuel Macron himself has just relaunched the thorny debate on pension reform … “It is a report which is more measured and balanced in its approach (than usual, Editor’s note) and useful for orientations and arbitrations in the months to come ”, we also congratulate Matignon.
With this 200-page report, the financial magistrates thus addressed no less than twenty-seven recommendations to the government, with a first part devoted to strengthening potential growth, the level of which was constantly decreasing well before the crisis. To achieve this, the institution recommends investing in innovation, research, industry and skills development, not without insisting on the need to concentrate financial efforts “on targeted priorities in order to maximize them. impact ”. Clearly, the sprinkling of public funds is to be banned. Support for the digital transformation of businesses is also listed.

Finally, the financial magistrates recommend strengthening the country’s resilience capacity in the face of future crises. Because, if the State has shown itself to be reactive in the face of the pandemic, anticipation remains a weak point in the end extremely costly for the economy. The closure of judicial courts in spring 2020 is a perfect illustration of this. “Despite a significant investment in digital, the Chancellery has not been able to respond effectively to the crisis,” said the Court of Auditors. And the justice system found itself totally blocked. Stopped. In addition to a more detailed upstream assessment of potential risks, “public institutions must prepare to switch to crisis management”, believe the magistrates.
So much for the growth part, which will not be enough to put the country back on the right track and therefore makes obligatory a second priority for the Court: a gradual but massive reorganization of the accounts. “Even with proactive assumptions, economic growth, an essential condition for the recovery of public finances, would not on its own allow a lasting decline in public debt in relation to GDP and should be accompanied by a consolidation policy. This continuation of the growth of the debt directly poses the question of its sustainability ”, thus write the magistrates.

Read also :The Governor of the Banque de France at Figaro : “The time has clearly come to get out of whatever it costs”

And, on this key aspect of the report, the Court of Auditors – which refuses any further increase in taxes – does not venture to set quantified objectives in terms of savings, considering that the extent of the budget cuts will depend precisely on the strength of the recovery. The only horizon: this reduction in deficits, which should begin in 2023, should make it possible to start a reduction in public debt from 2027, as the executive also plans.
Several scenarios, according to different growth assumptions, are however presented on the required effort, the increase in public expenditure thus being able to vary from 0%, 0.3%, 0.6% to 1.2% per year. ambitious than it seems, because good growth would imply containing the evolution of spending to 0.6% per year, and no more, to meet the commitment of a debt ebb from 2027. In recent years, the annual increase in expenditure has been 1% per year …

To achieve these savings, the magistrates are much more decided, listing “key reforms” to be carried out. In addition to the inevitable overhaul of pensions, the institution recommends tackling too high health insurance spending. The weak coordination between town medicine, health establishments and medico-social ones is particularly criticized. Just like the continuous increase in daily allowances in the event of sick leave.
In addition, the magistrates recommend improving the employment policy by adapting it to the economic situation. Finally, they insist on the revision of social minima with the objective of encouraging a return to activity as well as the targeting of the housing policy towards the most disadvantaged households. This vast politically sensitive program, especially at the end of the crisis and after the rebellion of the “yellow vests”, will undoubtedly fuel the debates of the coming months, at the time of the presidential campaign.