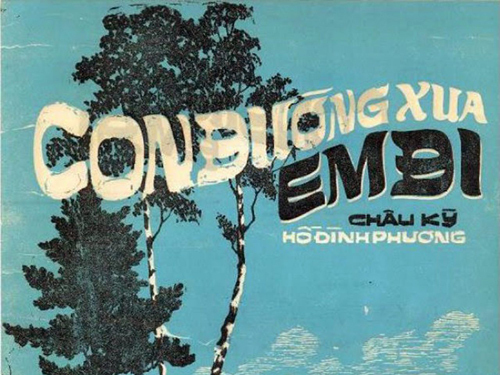 The Government abolished the regulations on licensing musical and theatrical works composed before 1975 in the South and Vietnamese compositions abroad.

On the afternoon of December 17, Mr. Tran Huong Duong, Deputy Director of Performing Arts (Ministry of Culture, Sports and Tourism), confirmed with VnExpress the above information.

Accordingly, on December 14, the Government issued a new decree on performing arts activities, stipulating that units and individuals who organize art performances must have written approval from management agencies. The Ministry of Culture, Sports and Tourism licensed performing arts within the framework of international cooperation at the Central. Provincial People’s Committee licensed the event in the area.

Organizations and individuals send dossiers to management agencies 7 days before the art event. Licensing authority to hold the event within 5 days of receiving the record; In case of not licensing, the reason must be clearly stated.

In addition, art programs and works must not incite violence, propagate war of aggression, cause hatred between nations, and adversely affect foreign relations. Costumes, words, sounds, images, movements, behaviors must not be contrary to national fine and customs, negatively affecting morality, public health and social psychology.

According to previous regulations, the licensing of performing arts was divided into two groups with works composed before 1975 or by Vietnamese living and settling abroad and works after 1975.

For works composed after 1975, there will be no need to license popularization, but only need to license performance according to each specific program. However, works composed before 1975 and of overseas Vietnamese must be licensed to disseminate, then be included in art performance shows. Thus, the new decree has removed the regulations on licensing popularization of musical and theatrical works.

Mr. Tran Huong Duong explained that the licensing of disseminating musical and theatrical works is aimed at “creating the best conditions for performing arts activities to develop and creating creative spaces for artists and artists”. He also hopes that these new rules will contribute to the public enjoying the fullest of good, meaningful and healthy works.

“With the new rules, we will switch from pre-check (pre-event check-in) to post-check (post-check) mainly. But post-check is not to catch errors, but to facilitate. performing arts activities. Of course, units and individuals who violate the prohibitions will be strictly dealt with “, Mr. Duong stated.

Previously, in February 2019, the Government approved the policy of amending two decrees 79 and 15 on the performing arts. At that time, the Ministry of Culture, Sports and Tourism proposed to remove the license of the song before 1975, because it was considered to be the author’s personal property and mostly had healthy content. Management agencies only intervene and prevent “works with reactionary contents that are against the state and defame organizations and individuals”.

The controversy over whether to maintain the license of the song before 1975 occurred in March 2017, when the Department of Performing Arts suddenly requested to stop circulation of 5 songs before 1975 for reasons of ambiguity. Before the harsh reaction of public opinion, the Department had to withdraw its decision. But then, public opinion was surprised because Joining the big arms of musician Trinh Cong Son, despite being sung everywhere for more than 50 years, has not yet been licensed.

In May 2017, the Ministry of Culture, Sports and Tourism requested the Department of Performing Arts to follow the instructions of Deputy Prime Minister Vu Duc Dam, stop licensing the song if the content is not contrary to fine customs and traditions violating national interests. At this time, Director of Performing Arts Nguyen Dang Chuong was transferred to the Office of the Ministry because it was related to the above developments.

In early 2018, for the first time, the Ministry of Culture published a draft dossier requesting the formulation of a decree on performing arts, in which it proposed to deregister songs before 1975, and at the same time make a list of banned songs if go against national interests.