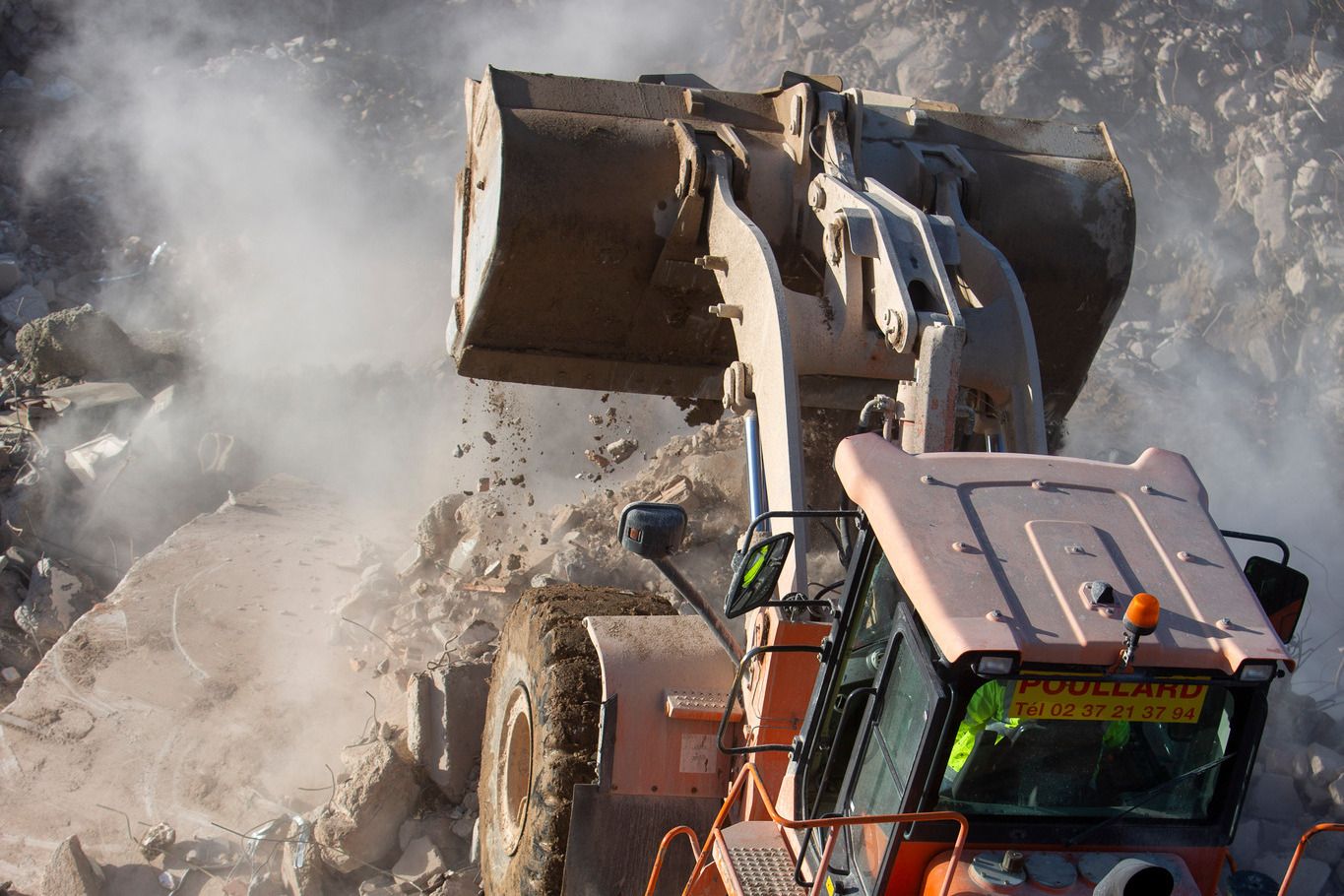 When a material cannot be reused, it becomes waste. But his life is far from over. Companies have an interest in recycling it, because the more they sort, the less the dumpster costs when it is deposited in the recycling center. Around 69% of PMCBs (building construction products and materials) are recycled in this way or, failing that, are used as fuel. A rate close to that set by the European Union (70%), but very uneven depending on the product.

→ READ. The reuse of materials, an ethic of (de)construction

Only a quarter of the waste recovered is what is called finishing work: false ceilings, carpets, plaster from new construction and the cleaning of deconstructed or renovated buildings. Why so little? They are complex to treat (glass wool) or can release chemical reactions (plaster). The remaining three-quarters are inert structural work, most often from public works or the demolition of buildings. Among this inert waste, concrete is reused to rebuild roads.

Founded in 1989, Yprema is one of the pioneering companies in this field. The large concrete blocks are first broken using a hydraulic rock breaker, a sort of giant jackhammer. If it is reinforced concrete, pliers cut the metal reinforcements. The waste is then transported on a vibrating belt to a crusher which grinds it. An electromagnet separates the scrap and a worker ensures that there are no unwanted materials (wood, plastic, plaster, etc.). Then, a sieve separates the aggregates according to their size, less or more than 7 cm in diameter. Throughout this chain, water is sprayed to reduce dust. The most sophisticated use that can be made of these gravels or pebbles is, for example, the concrete underlay under the track of line 14 of the Paris metro.

” Recycled concrete performs better than road wasteassures François Przybylko, commercial director of Yprema. It can even replace new natural materials treated with a hydraulic binder, because during the crushing of the concrete, parts of cement are released and rehydrated by the natural humidity of the crushed waste. »

However, there remains the idea, preconceived according to the representative of Yprema, that a natural material is better than a recycled material. Labels provide reassurance, such as ISO 9001 certification.

Many checks are also carried out upstream, during demolition, then after crushing. The hardness, the water content or the presence of sulphates from the plaster are checked. “If they are in excess, they can combine with aluminates to form ettringite, a sulphate of calcium and aluminum which, in contact with water, causes the concrete to swell. This can, for example, cause bumps on a piece of pavement”specifies François Przybylko.

To be economically viable, recycling sites must be close to construction sites and therefore most often to urban centres. This results in a problem of meshing these sites in the territory. Because, at equal distance, the natural material remains cheaper than that which has been recycled.