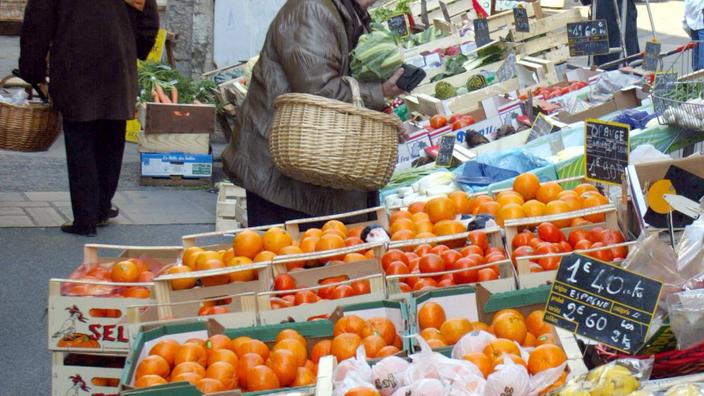 Like the second lockdown, indoor and outdoor food markets remain open. However, “non-food” stands are prohibited.

The modalities of the reconfinement are being defined in the sixteen departments concerned by the new health measures (the 8 of Île-de-France, the five of Hauts-de-France as well as the Alpes-Maritimes, Seine-Maritime and Eure ).

Being included in the list of businesses selling basic goods and services, the exclusively food markets – indoor and outdoor – will remain open. The stands of manufactured products such as clothing and leather goods surrounding them are expected to close. Exclusively non-food markets are also expected to shut down.

For covered markets such as halls, a density gauge must be respected. Barrier procedures must also be applied to all open markets and a derogatory travel certificate must be completed to get there, under penalty of a fine of 135 euros.

In Île-de-France, there are around 9,000 merchants known as non-sedentary food establishments, including 2,000 in Paris. The Hauts-de-France has 750 and the Provence-Alpes-Côte-D’azur region has 5,000. “ Out of the number of itinerant traders, there are as many traders working in food as in manufactured products. In 2020, the majority of street vendor creations turned to food products », Explains Monique Rubin, president of the National Federation of Markets in France.

Read also :The reconfinement of 16 departments will cost 1.2 billion euros more per month

Food markets had already remained open to the second confinement. In spring 2020, the closure of open-air and covered markets was announced following the posting on social networks of several images of crowded markets.