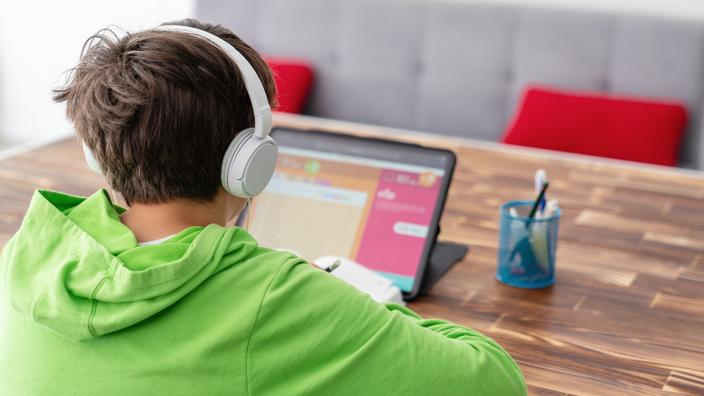 On the first day of class at home, the servers were overwhelmed by the number of connections.

Parents and students could have hoped that, on the strength of the experience of the first confinement, the “home school” system would be well oiled during this first day of distance education. Alas, from 9 am on Tuesday, many families and teachers, furious, reported the inability to access digital workspaces (ENT) and other connected classes. As last March, where it took a few days to resolve the situation.

Read also :The breakdowns of the Cned and ENT sites exasperate families and teachers

The failure has at least two origins. It all depends on the platform on which the lessons are given. That of the Cned, for “my class at home”, piloted by the ministry, would have been the victim of a computer attack, known as in denial of service DDOS, between 8 am and 10 am, according to the affirmations of Jean-Michel Blanquer. His ministry said Tuesday evening that all Cned services were restored. In spite of everything, there are questions about the measures taken to protect this service from such attacks, when they are very frequent, but also about the correct sizing of the servers. It was predictable that connection requests would explode with all of the 12 million French students having distance learning. Last week, 90,000 students connected online in Île-de-France, against 400,000 on Tuesday morning.

As a problem never comes alone, digital workspaces, piloted by the regions and widely used in middle and high schools for communications between families and teachers have also broken down in the face of the influx of request. Connection problems concentrated in Île-de-France, in the Grand Est, Hauts-de-France and Occitanie and which were not resolved in the afternoon.

Part of the infrastructure of these ENTs is hosted in OVHCloud servers in Roubaix. A “small incident” would have occurred this morning, before the opening of the course and would have been reinstated without further consequence. One of the leaders of OVHcloud, Michel Paulin, has also stepped up to the plate while Jean-Michel Blanquer pointed the finger at his company: “We are not responsible for the dysfunctions of certain distance education services”. The origin of the disaster would be elsewhere: another service provider is designated, Open Digital Education, entry point for several ENTs and who would have underestimated the “shock” to be received: “We are doing the maximum”, he communicated. , establishing “quotas” of connections, a “queue” and a maximum connection time of 60 minutes!

Like others, the Île-de-France region believed it had taken all the necessary precautions to make it through the week without difficulty. It has doubled its capacities, to cope with a tripling of connections. Budgets have gone from 1 to 2 million euros. But that was without counting the number of connections and the fact that to the students who connected, we must add the parents who, anxious to take care of their offspring, have added to the flow of requests. Tuesday at noon, the situation was gradually returning to normal. The ENT in Île-de-France could accommodate 250,000 students, even if 15,000 were still without connection.

Read also :In Paris, the almost ordinary class of children of priority personnel

Certainly, establishments have escaped the disaster, but the blow is hard to take for French Tech. Private school groups that have chosen to switch online courses to Teams, Microsoft’s service, have had no difficulty. As for the teachers who had sent their students home with simple photocopies, they too are comforted in their choice …