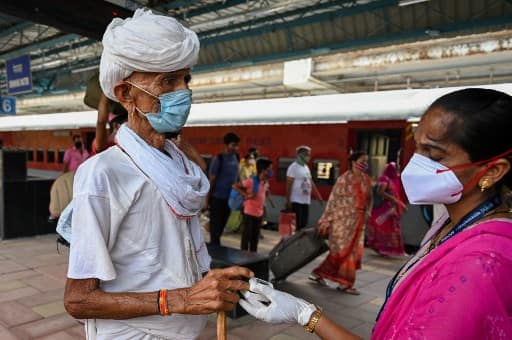 Indian Railways News: The havoc of Corona is once again wreaking havoc in the country and almost all the states are implementing restrictions and strictness rules to deal with the cases of Corona at their own level. Indian Railways has also issued some rules in view of the increasing threat of Kovid again.

Recently, Railway Minister Ashwini Vaishnaw has instructed senior officers of different railway zones of the country to strictly follow the Kovid protocol at all railway stations. You should also know that which rules are necessary to follow otherwise you will not be able to get entry in railway stations.

wearing a mask is mandatory
If you do not wear a mask, then you cannot enter inside the railway station. Till some time ago these rules were relaxed a bit but now again it is mandatory to wear masks at railway stations and during travel. Let us inform that steps are also being taken by the Railways to constantly alert the passengers about the precaution related to applying masks at stations, washing hands frequently and following other cleanliness rules.

Railway Minister talked about these facilities
Railway Minister Ashwini Vaishnav has directed the railway officials to be fully prepared to facilitate the use of railway hospitals and health facilities to the common people. According to the news of PTI, Chairman of Railway Board, Chief Executive Officer VK Tripathi, Railway Ministry officials and senior zonal officers along with other members of the board have participated in the meeting related to railway preparations in Kovid period with the Railway Minister.

Entry will not be available in the station without a mask
It is clear that without putting on masks at railway stations, now passengers will not get entry. Railway employees and other support staff will be ready at stations to sanitize their hands and take other precautions like social distancing and not to allow unnecessary crowding at stations.

Railway Mission Amanat: If the goods are lost or left in the train, then this is how they will be returned, know the new initiative of the Railways

Edible Oil Price: The price of edible oil has been cut by Rs 5 to 20 per kg, the government claimed