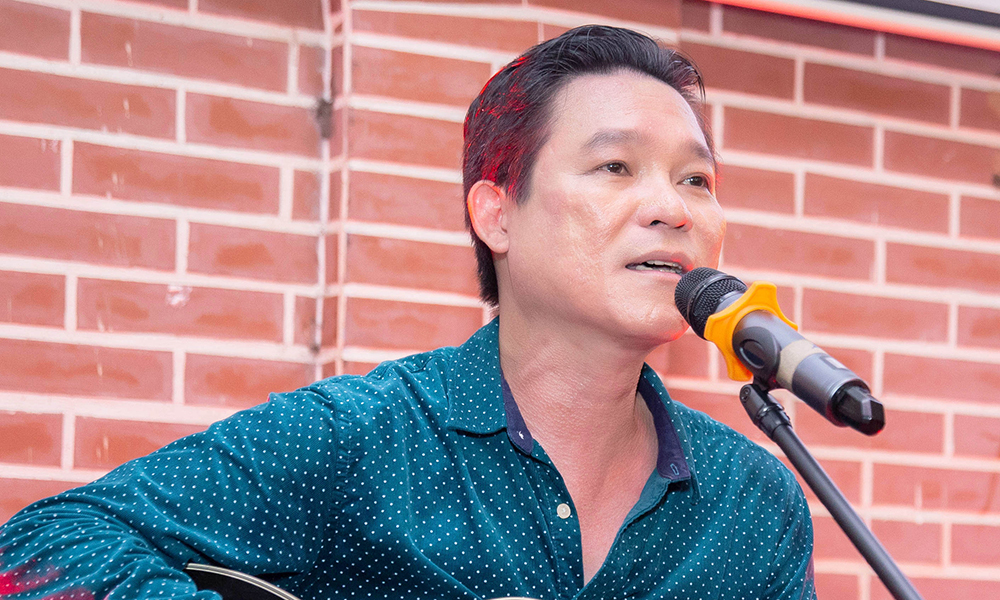 Composer Quoc An composed and performed a song about the teacher in his memory.

On the occasion of November 20, he released the song Young teacher, talk about the enthusiasm of teachers with students. Quoc An said that his inspiration for composing came from the person who taught him in high school. At that time, he was often late to class because he had to help his mother sell bread until late at night. At first, he was punished by the teacher, but seeing that his students were often late and tired when coming to class, he learned about Quoc An’s situation, encouraged the students to try, and helped him complete the study program. Quoc An said: “My teacher was strict but loved and understood his students, to this day I am still grateful for those things”.

In his life, Quoc An also deeply remembered his teacher during his student days. The musician said that in the early 1990s, his friends were mostly in poverty. His teacher found shows for the students to make money, to help the family pay for their study and living expenses. He said the ring on his current hand was bought from the coins he was wearing that day. The musician cherishes and cherishes the ring to remember the difficult but vibrant and enthusiastic youth.

Having graduated from school for a long time, but until now, Quoc An is wistful and full of gratitude when he misses his school days. “I wrote the song a bit late, but I’m happy to say thank you once,” Quoc An said.

Outside Young teacher, recently composed by Quoc An Great Vietnam – football theme song. I recorded these songs to post on the channel Youtube individual. Quoc An used to be a guitarist, in the early 2000s, he composed many songs like Student lute, Singing with the river, Sad starlight… In recent years, he has mainly written music for movies, including the song Thank you in Go home baby.