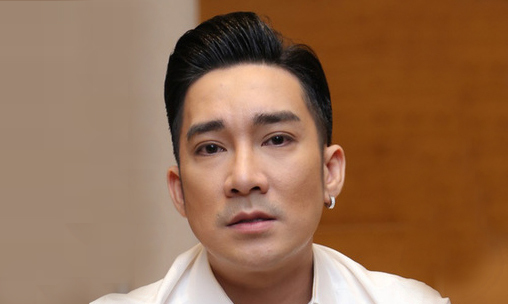 Quang Ha said that in the last days of his life, his father – musician Vu Cam – cried every time he heard his son sing.

The singer confided about life, music, the pain of losing a loved one before the concert Ha Show at the Hanoi Opera House, the evening of May 27-29.

– Preparing for the music night after more than a month of his father’s death, what emotions did you experience?

– Before my father died, my grandmother also passed away. Repeatedly parting with two relatives, I was devastated but did not dare to fall to support my mother. In the past few days, I have been under pressure to balance work and life, music is the only medicine to comfort my spirit. I think if I keep sinking in melancholy, I don’t know when I will get up. The biggest wish of the departed is that the person who stays is happy, not too sad. I want to do the program well, instead of thanking my father. He is the one who instilled in me a love and talent for music.

My father was seriously ill for about four months. The whole family is psychologically determined but cannot avoid pain. My mother is also brave, she rarely sheds tears in front of her children. When my father was hospitalized, I moved to Hanoi to live with my family, taking advantage of every moment with him. At the end of his life, even though his health was exhausted, he still wanted to keep the beautiful image of an artist. He was afraid of the bad, trying to clean his body himself, not bothering the children. For many days, my father was very sick and could not walk, so I sang to comfort him. Hearing his son’s voice, he said nothing, only shed tears.

– How did your father influence your artistic path?

– I have an artistic talent thanks to growing up in a musical environment. When I was over a year old, I clung to my father’s music stand. Later, he did not directly teach me techniques, but created conditions for my children to pursue their passions. My family is not too rich, but my parents always save me to go to the children’s palace and study with qualified teachers. I remember more than 30 years ago, my parents went on a business trip to Saigon, sold a gold bracelet, bought me an organ. After that, I decided every step in my career by myself, but he was always behind to monitor my career.

Previously, he conducted the orchestra of the General Department of Politics, was the leader of the Ha Tay Puppetry Company (former). Later, his father turned to business but still kept his love of music. He wrote me many songs. Every time he has a new composition, he sings it to his son first. Father and son exchanged lyrics and melodies. Many times, when I said that I did not like this place or that, he was satisfied and corrected it according to my son’s wishes. My father passed away, I lost a soulmate in life and music.

– What memories do you remember with your father?

My father was a cellist. When I was a child, my brother and I used sticks to pull the guitar, and broke my father’s. That elastic is a fortune. Dad was angry but just rolled up the newspaper and hit him. The father is very gentle and pampers his children. Every time we need to ask for money to go out, we ask our father, not daring to ask our mother. He will say, “In that pocket, I take it and use it.” Mother is more strict, she always has a rattan whip ready, ready to be beaten up and down the field.

– What other plans does the musician have for him and his family to complete?

– The days he was in the hospital, me and my mother, brothers and sisters asked about his wishes, he shook his head. I think Dad lived a fulfilling life. You and I ourselves have certain achievements that make him proud. When he was alive, he never blamed me for being unmarried, nor did he urge me to love and get married.

When he passed away, I remember the songs he left behind. For example, in the article Listen to the temple bells, He wrote: “Don’t do evil things, your soul is like a kite flying in the West, reaching the zenith of heaven.” I think his biggest wish is to have a good family.

– How do you plan to preserve your father’s musical legacy?

– I did not perform any of my father’s songs in the new live show, because I was afraid of not being able to control my emotions and ruining the show. He wrote a lot about Hanoi. In recent years, thanks to my suggestion, he wrote more about Buddhism. I think his music is philanthropic, suitable for performing in many programs. I will sing these works when the mood is completely stable, in the right spaces.