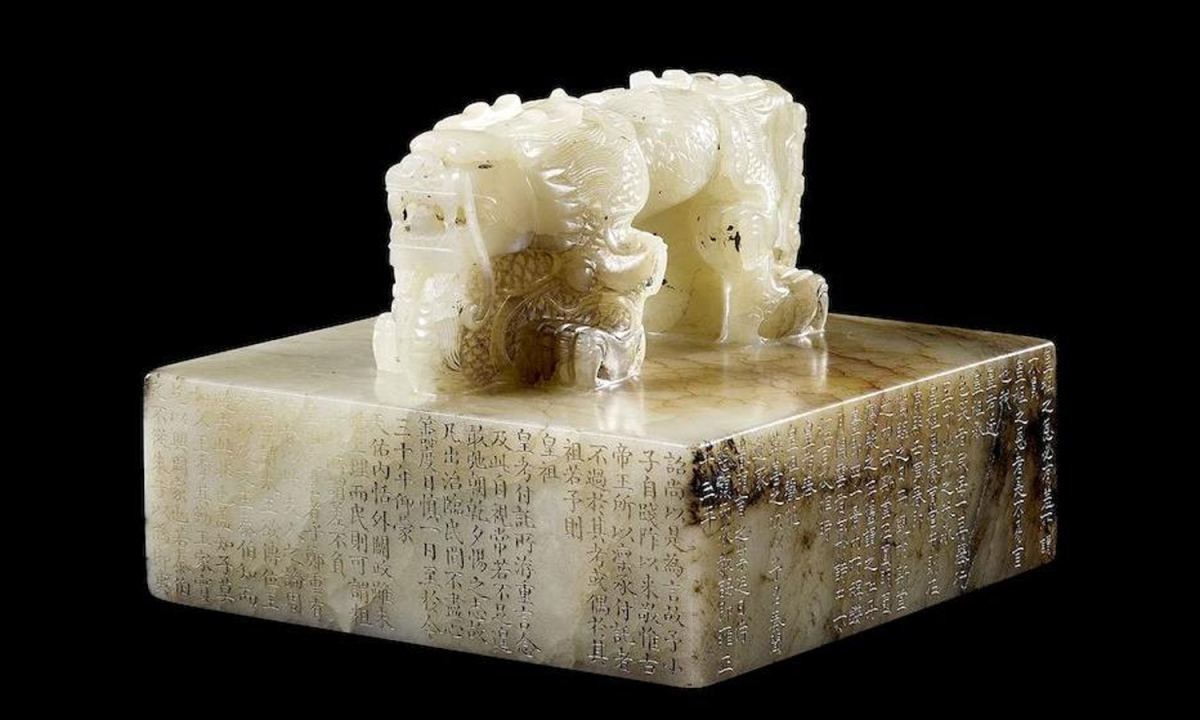 Qianlong’s jade seal was scorched by arson, but was still purchased for HKD 145 million ($18.5 million).

According to Thevalue, stamped with white jade, was one of the most popular Chinese antiquities when it appeared on the market last year. Qianlong (1711-1799) sent people to make seals to place at the ancestral worship site in Vien Minh Vien – a complex of palaces and gardens in Beijing. In 1860, the An – French coalition set fire to Vien Minh Vien for three days and three nights, the seal was among the affected artifacts.

The work, carved in 1766, features two dragons. The seal is rare and unique because it also engraves the king’s poem. In the work, Qianlong remembers the first time he met his grandfather Kangxi (1654-1722) in Yuanmingyuan, about his grandfather’s advice. At that time, Qianlong was 11 years old.

The next part of the poem talks about the king’s feelings when he ruled the country. The emperor was aware that not everyone liked him, and there were people in the court who criticized him. Qianlong responded to the criticism: “I work hard to solve the problem from morning to night, listening to the instructions of my ancestors. You need to remember this before you criticize me.”

According to Quach Phu Tuong, a researcher working at the Imperial Palace Museum, the seal has an important meaning for Qian Long, expressing the emperor’s affection and gratitude for being favored by his grandfather. After meeting at the peony garden in Vien Minh Vien, Kangxi loved his grandson and ordered Qian Long to stay by his side. The two lived close to each other for a few months, until Kangxi passed away.

The work was originally in the collection of the French, then was acquired by an American collector. At Sotheby’s 2004 Hong Kong auction, the seal was hammered at HKD14 million ($1.78 million).

Qianlong is famous for his love of seals. He collected paintings, calligraphy and stamped many of his stamps on them. The emperor ordered about 1,800 seals to be crafted – the most of any emperor in Chinese history. The seal is made of bronze, stone, glass, onyx, ivory, and white jade.

Nghinh Xuan (according to Thevalue)