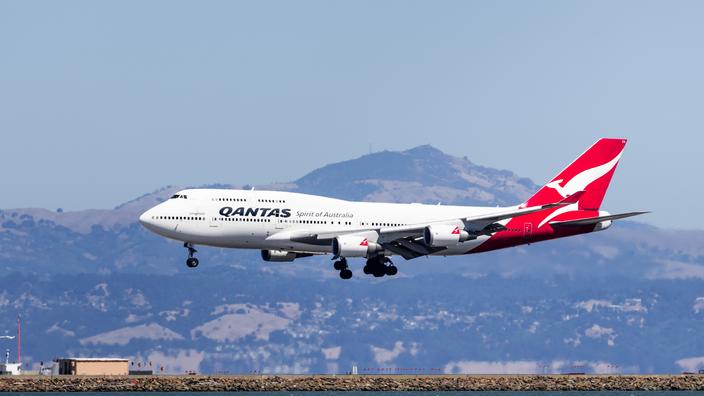 The Australian company announced on Wednesday an agreement in principle to acquire up to 134 A320 and A220 aircraft, as part of the renewal of its medium-haul fleet, replacing its Boeing 737s.

The Australian airline Qantas announced Wednesday, December 15 an agreement in principle with the European Airbus to acquire up to 134 A320 and A220 planes, as part of the renewal of its medium-haul fleet, thus replacing its Boeing 737s. finalized “By the end of 2022”, the contract will be “The most important ever in the history of Australian aviation” indicates a statement from Qantas.

Deliveries should start from 2024. The first firm order should be for 40 aircraft – 20 A321XLR (long range), and 20 A220, the text said. And Qantas will still have the ability to subsequently exercise 94 additional purchase options for delivery over the next 10 years as its fleet gradually phased out its Boeing 737-800 and B717 aircraft.

This order comes on top of that of Qantas’ low-cost subsidiary Jetstar, for more than 100 A320 neo family aircraft. This opens up a total potential of more than 299 deliveries over the next decade for the group’s three companies, Qantas, QantasLink and Jetstar, the press release said. Neither the manufacturer nor the company disclosed the amount of the overall contract, Qantas merely emphasizing that it represents a “Substantial discount” compared to the list price.

Read alsoCovid-19: Qantas will require the vaccination of its passengers

The company points out that the A320 XLR can carry 15% more passengers than its current B737-800 on each flight, making it particularly suitable for connections between the main cities of the island continent, Melbourne, Sydney and Brisbane. All planes will be powered by the American Pratt and Whitney with the GTF model, which promises a 15 to 20% reduction in fuel consumption.

“We are honored to have been selected by Qantas to replace its line of single aisle aircraft” said Airbus commercial director Christian Scherer. “It has been a commercial campaign that has pushed the limits of technical, operational and financial assessments, with a specific focus on sustainability.” he stressed.

The announcement comes after the commercial and diplomatic cold snap last fall between Australia and France, when Australia and the UK torpedoed the sale of 12 French submarines – described as “Contract of the century” for more than 30 billion euros to the Australian Navy.