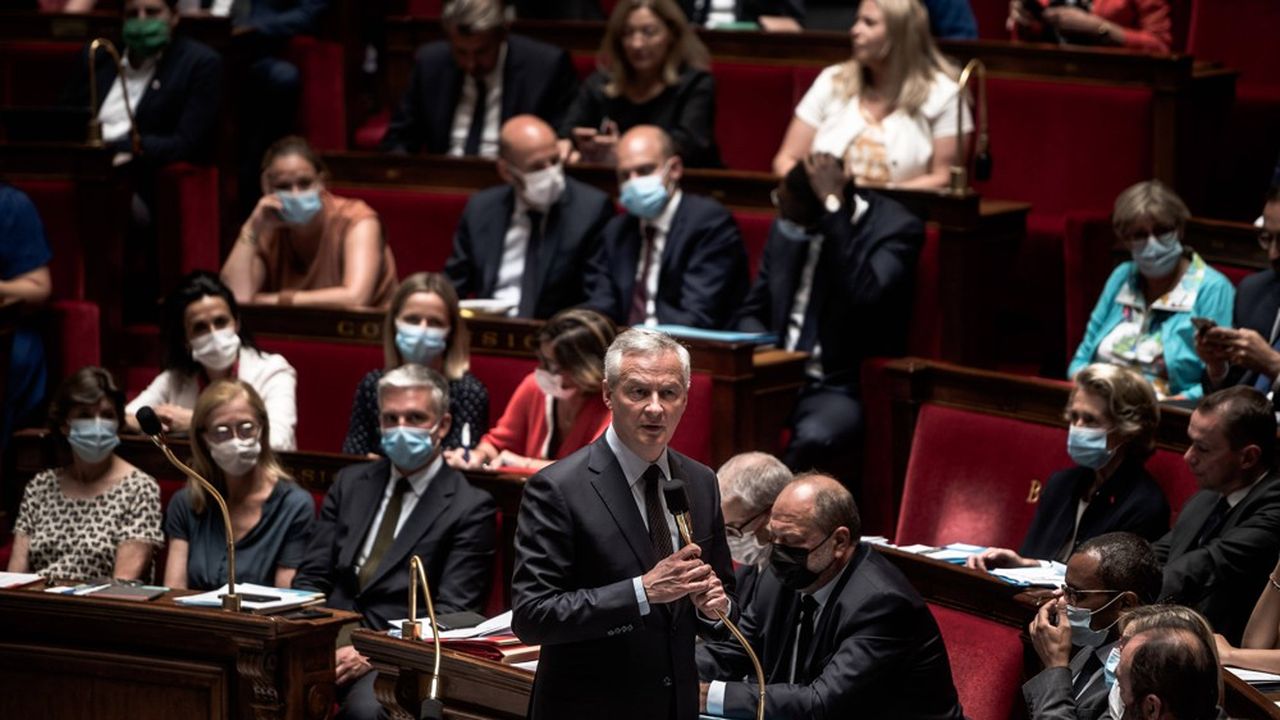 The government copy on purchasing power appears significantly corrected after its passage through Parliament, with many measures added by deputies and senators. But the budgetary impact turns out, in the end, to be relatively limited.

The main risk of skidding was fuel. The executive’s choice to give up a bonus targeted at large wheelers to finance the temporary increase in the rebate at the pump proved to be neutral for public finances.

In the end, the public deficit is increased by just under 500 million euros by the amendments adopted in Parliament, underlines the Ministry of Finance. A lesser evil with regard to the initial envelope of 20 billion. And the forecast of a public deficit of 5% of GDP in 2022 is therefore maintained.

In detail, aid for people heating with fuel oil (230 million credits) represents the largest share. Followed by additional expenditure (100 million) in favor of beneficiaries of the activity bonus, which, in addition to the 4% revaluation, will all affect the back-to-school check of 100 euros initially reserved for beneficiaries of social minima (i.e. 2.8 million more households that will be affected). Food aid associations will also receive 40 million more. And nearly 20 million are earmarked overseas for this purpose.

The cost of raising the tax exemption ceiling for restaurant vouchers is estimated at 20 million, like the work to launch the biometric Vitale card. Aid to rural service stations represents 15 million. The parliamentarians finally granted more unexpected checks to lavender producers (10 million), or for the acquisition of electric bicycles (5 million)… “Everyone is helped in a fair and responsible way, that is- that is to say, without letting the public accounts slip away, ”welcomed the Minister of the Economy, Bruno Le Maire, on RTL.

Other measures will nevertheless affect the State deficit, but not the public deficit in the Maastrichtian sense, complicating the reading of the parliamentary examination. In particular, the targeted aid that will be granted by the State to local authorities to partially compensate for the increase in the index point for civil servants and the increase in the RSA: 430 million for municipalities, 120 million for departments and 18 million for the regions.

This has no consequences on the public accounts, it is estimated at Bercy, since it is a transfer between administrations and the increase in the index point was already integrated. But this file will have aroused great tension with the executive, for whom the rather good financial situation of local authorities did not justify large-scale gestures from the State (whose accounts are in bright red). And it increases the actual bill for the passage to Parliament to more than 1 billion euros.

In addition, 700 million euros in credits were voted in favor of the Teréga company, so that it would be able to finance the 100% filling of its gas reserves, which it will have to pay at the strong. Since the State has a claim on the company, this does not affect the public deficit, but it will reduce its cash flow in 2022 (with an opposite impact expected next year). To limit the increase in the need for State financing this year, the senators have however imposed a reduction of 1 billion euros in credits set aside for contingencies.

In total, the projected budget deficit for 2022 is increased by around 800 million euros after the passage in Parliament, and now reaches 178.4 billion euros. The slippage is contained, but the need for financing on the markets remains considerable.