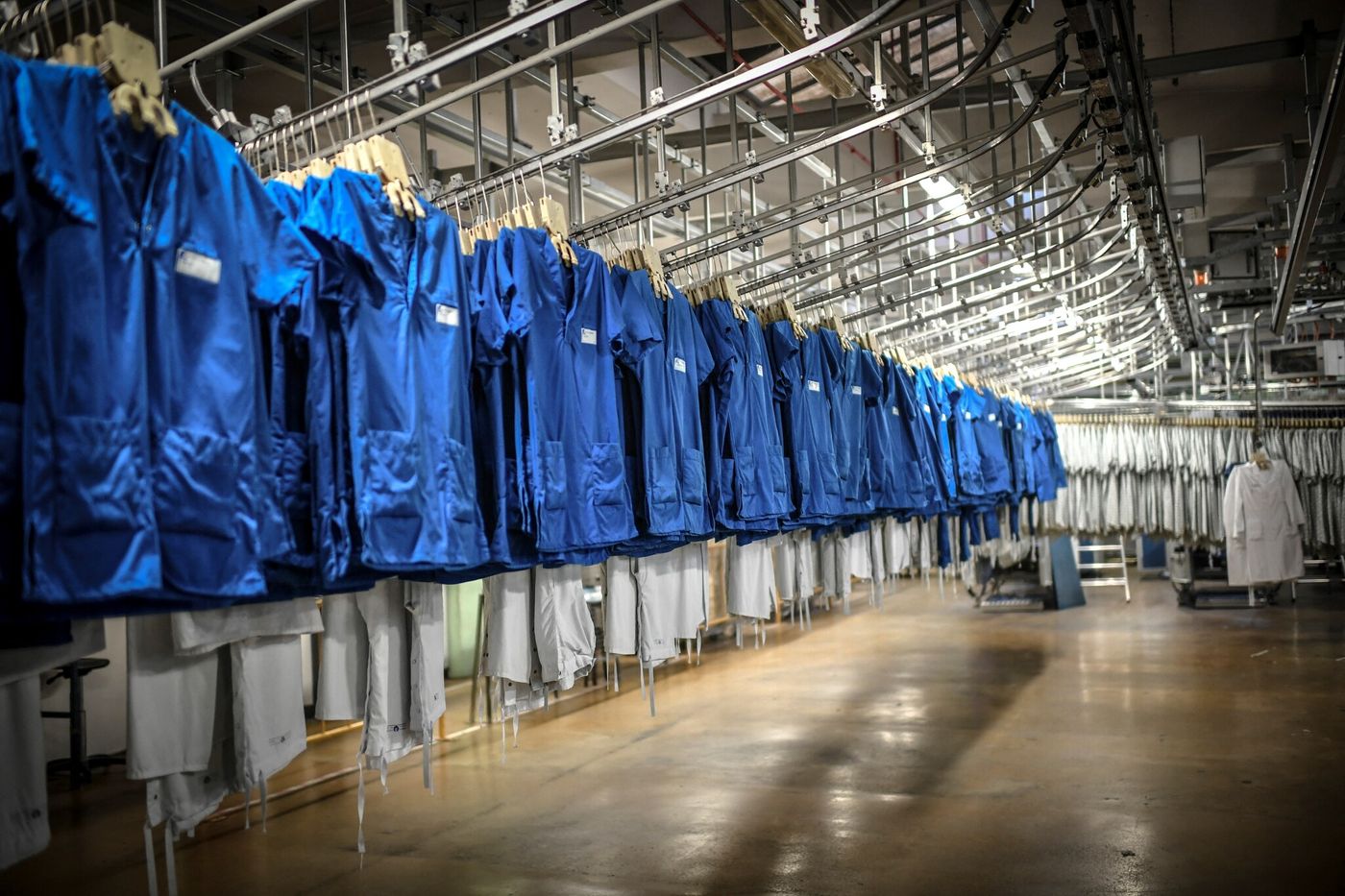 To be silent, in the hope of being heard. Every Friday for more than two months, the caregivers of the public hospital meet at 2 p.m. to observe a minute of silence. Born at the Strasbourg University Hospital, the initiative has won over a good part of French hospitals.

Lack of means, degraded working conditions, race for“efficiency” : the reasons for their anger have not changed since March 2019, when the emergency room of Saint-Antoine hospital in Paris went on strike, giving rise to an unprecedented national protest movement.

→ TESTIMONIALS. “I only aspire to one thing, to stop”: white coats “worn out” by the hospital

The caregivers say it: the Covid has exhausted them, but their difficulties pre-existed. Now that the end of the epidemic is looming, the unease is resurfacing. “For two years, we held on, no choice. But the loss of meaning has only increased,” testifies doctor Jean-François Cibien. Emergency physician at Agen hospital and president of the Avenir Hospitalier union, he mentionsan unprecedented wave of departures and dreads a “domino effect” : “The more people leave, the more the working conditions of those who stay deteriorate, with the risk that they in turn throw in the towel. »

→ INVESTIGATION. In intensive care units, the temptation to leave

Between January and September 2020, French hospitals recorded 12,189 departures of nurses and nursing auxiliaries, according to a survey by the French Hospital Federation. At the end of 2020, 34,000 nursing positions were vacant. According to the National Union of Nursing Professionals, there are now 60,000.

“All trades are won over by this disaffection: nurses, nursing assistants, doctors but also administrative staff. Even the directors are jumping ship,” adds Professor Djillali Annane, head of the intensive care unit at the Raymond-Poincaré hospital in Garches (Hauts-de-Seine). If its specialty has been put to the test by the Covid, no sector is spared by this “deep crisis” : “psychiatry, gynecology-obstetrics, paediatrics…”, he lists. “In fact, we are in exactly the situation that we feared two years ago, that is to say a situation of health insecurity for our fellow citizens”, resumes Jean-François Cibien,citing the closure of several emergency services at night, for lack of personnel.

What are the presidential candidates saying? Long before the war in Ukraine came to reshuffle the cards in the news, health in general and hospitals in particular remained on the sidelines of the debate. The Mutualité française therefore took the lead in inviting the main aspirants to the Élysée to a “grand oral” on the subject, this Tuesday, March 1. (read the marks). Most programs offer a ” emergency plan “ for the hospital, the end of bed closures, salary increases and above all job creation: Valérie Pécresse promises 25,000, Yannick Jadot and Fabien Roussel 100,000.

The disappointment of Ségur

“Before recruiting, we will already have to keep those who are still there”warns Professor Cécile Vigneau, head of the nephrology department at the Rennes University Hospital and member of the Inter-hospital Collective (CIH). “Leached” by the health crisis, the paramedics were disappointed by the bonus of €183 granted by the Ségur de la santé. “It’s not just about money, but it starts there. Nurses and orderlies should be paid at OECD level”insists Cécile Vigneau.

“In the eyes of politicians, and no doubt of part of the population, Ségur has solved the problem, but our working conditions have not improved, notes Ève Rizzotti-Donas, midwife at the Strasbourg University Hospital. In maternities, the quota of midwives has not been reviewed since 1998, while many maternities have since closed and medical deserts are gaining ground. »

According to the CIH, the improvement of working conditions would require the establishment of caregiver ratios, as there are in intensive care, with one nurse for three patients. “In the Rennes emergency room, the number of visits per day has increased from 150 to 200, but the number of nurses and caregivers has remained the same”Pointe Cécile Vigneau.

A system that also weakens the interns, often on the front line. According to Doctor Ariel Frajerman, author of a report on the future of the hospital for the Jean-Jaurès Foundation (1), “We should start by respecting European legislation, which sets their working time at 48 hours a week”. “The doctors of tomorrow, they are them”, recalls this psychiatrist, a specialist in the mental health of medical students.

To the exhausting cadences is added what caregivers call the “task slippage”, the result of an administrative overload. For Cécile Vigneau and the CIH, “we must rehire medical secretaries and couriers to allow caregivers to refocus on patients”. And to find ” sense “.

Meaning, that’s what Mélodie has lost. An emergency nurse in a large regional hospital, she “exploded” last fall. That day, they were two to ensure the reception. “Four emergencies arrived at the same time. We were only able to save two.” says Mélodie, since on sick leave for professional exhaustion. “The worst thing is that in this kind of case, the family is told that we accompanied their loved one, when he died alone on a stretcher. I can no longer be in this permanent conflict of values”, exposes Mélodie, who does not know if she will have “One day the strength to return to the hospital. »

Céline has already decided. On June 1, 2021, this 43-year-old geriatrician resigned from the public hospital to become a firefighter. The click took place when she learned that her hospital was a beneficiary. “We no longer take the time to have lunch, we work whole weekends, we put our families on hold, and all that for what? So that the hospital is profitable and that the director receives a bonus. During this time, we make bedridden patients sleep on plastic because we have no more sheets. It was the last straw, remembers Céline, whose former department relied mainly on foreign doctors, “paid a pittance”.

“At the same time, the interim is on the rise”, Jean-François Cibien gets annoyed, while insisting: “Temporary workers are often called mercenaries, but they are not the cause of the problem, they are the consequence of a hospital-factory which is above all concerned with profitability. » For Djillali Annane, “It is not a few measures and recycled language from previous elections that will solve the problem. What we expect is an ambition for health and a reflection on the place of caregivers in our society. »
——

The candidates pass their “big oral” on health

Anne Hidalgo (PS), Yannick Jadot (EELV), Fabien Roussel (PCF) and Valérie Pécresse (LR) will present their ideas on health and social protection this Tuesday, from 9 a.m. to 1 p.m., at the Palais Brongniart, in Paris.

After presenting their program, the candidates will answer questions from leaders in the world of social protection and from four think tanks (Jean-Jaurès Foundation, Foundation for Political Innovation, Institut Montaigne and Terra Nova).

The event, organized by the Mutualité française, will be broadcast live on Public Sénat.