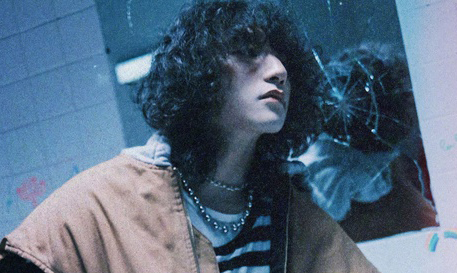 The Department of Performing Arts proposed to stop circulating the MV “There’s no one at all” released by Son Tung M-TP on the evening of April 28.

On the afternoon of April 29, in a document sent to the inspector of the Ministry of Culture, Sports and Tourism, the Department of Radio, Television and Electronic Information (Ministry of Information and Communications), the Department said: “The content of the record sound, video recording There’s no one at all carries a negative, non-educational message with many scenes of chasing, smashing, violence and ending with the image of a suicidal character that has a strong impact on the viewer’s psychology, easy to influence, and orients behavior. negative behavior of society, especially children”.

The MV Evaluation Bureau shows signs of violating the regulations banning “using costumes, words, sounds, images, movements, means of expression, and forms of performance that are contrary to the people’s fine customs and traditions.” ethnicity, negative impacts on ethics, public health and psychosocial well-being”. The unit proposed to inspect the Ministry of Culture, Sports and Tourism and the Department of Radio, Television and Electronic Information “immediately take measures to stop the circulation of this product”.

Mr. Luu Dinh Phuc – Director of Radio, Television and Electronic Information – said: “After receiving information from the Department of Performing Arts, we contacted Google, the MV platform posted, asking for permission. request to remove the product soon. Normally, this process takes about one or two days. In addition, I hope the song owner can proactively remove the video sooner.”

Son Tung M-TP’s side has not yet responded to the controversy surrounding his new music product.

Currently, most MVs of domestic artists circulated on Youtube without age limit. In 2019, when the video was released If tomorrowreferring to the problem of depression, domestic violence, suicide police, Soobin Hoang Son himself labeled the product 16+.

After half a day of release, the MV was opposed by a part of the audience because it was thought to sow negative emotions. There’s no one at all about the loneliness of the abandoned boy, hip-hop mixed with rock. Compared to the male singer’s previous love MVs, the new product has a darker color. He said he created a story about a child without a family, always believing his mother would return. He tries to live like a normal person but grew up in solitude, often bullied by his friends, becoming rebellious. At the end of the video is an image of a guy jumping from a tall building.

Many other images show rebellion. At the beginning, the singer wears a shirt with the words Nirvana – an American rock band, famous for many songs filled with discontent and sadness. At the age of 27, Kurt Cobain – the leader of Nirvana – chose to end his life with a single shot.

On his personal page, businessman Lam Minh Chanh said that a friend of his, a kindergarten principal, sent a link to the song and expressed concern that young people learn by dealing with the negative in the idol’s MV.

Besides, some people think that each artist has their own creative amplitude. Viet Nu – a communications manager in Ho Chi Minh City – said that she received the MV in the direction of a purely entertainment product with completely fictitious images that did not affect her life.

In addition to the controversial content, the story of plagiarizing the idea of ​​Son Tung M-TP continues to become a topic of discussion. Some viewers made comparison videos There’s no one at all with Crooked (debut in 2003) by G-Dragon. The main character in the two MVs has a scene of a fight in the alley, breaking a car, dumping food on the table… Son Tung M-TP’s curly hair style of instant noodles was also commented by many viewers to imitate the image of Son Tung M-TP. Daesung in Big Bang’s new MV – Still Life.

There’s no one at all has short lyrics, simple lyrics, mostly simple action sentences, with the phrase “There’s no one at all” being repeated over and over. For the first time singing in English, Son Tung M-TP sang with unclear words, abused sound editing techniques, causing many viewers to say they did not understand the content. In the past, when singing in Vietnamese, Son Tung M-TP was often criticized for not pronouncing words clearly. The song’s music is easy to listen to but has not really created a highlight.

In terms of indexes, the new music video is inferior to Son Tung M-TP’s previous MVs. Topping the popularity list on Youtube after 12 hours, but the song only reached four million views. While, Please give it to me (2019) and We of the present (2020) has 12 million and 9 million views respectively after half a day, and Run now (2018) got 22 million views in one day. After There’s no one at all, Son Tung M-TP plans to release some other English songs.