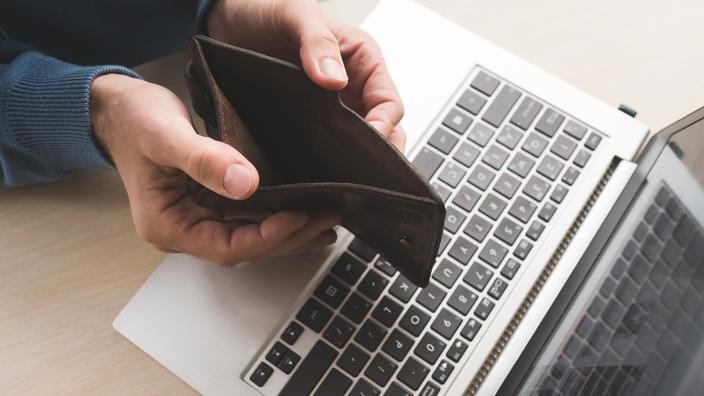 Crooks love these means of payment, which they consider easy to use and which allow them to easily trick victims without leaving any trace.

They represent around two thirds of the fraud that takes place on the internet. Prepaid card scams are becoming commonplace among crooks. The process, which requires no technical skills for the fraudster, has exploded the number of victims in recent years. They can be found in all types of contexts, from simple advertising for a mobile phone to sentimental fraud.

But the operators of these means of payment, despite some preventive measures, struggle to protect their users from fraud. Their service works very well, is very successful and the cases of scams remain in fact a minority in view of the very large number of transactions carried out each day.

PCS, Transcash, Western Union or Paysafecard, there are many ways to send cash around the world. ” The easiest way to pay cash online “, boasts on its website one of the leaders in the field, Paysafecard. Simplicity is the key word for these means of payment, but also the reason for their excessive use by crooks. They just have to post a – fictitious – ad for the sale of a good or service on the internet and ask the buyer to pay the amount with a prepaid card. For this, the victim goes to a tobacconist, converts the amount requested in the form of a prepaid ticket and communicates to the seller a multi-digit number written on this ticket. ” Unlike other types of scams, it is the victim who voluntarily sends money to the cybercriminal “, explains Jean-Jacques Latour, cybersecurity manager for cybermalveillance.gouv.fr. With this number, the scammer can then collect the money and disappear leaving no trace. The process can be repeated hundreds of times.

“We are not going to ban something that helps people”

” We’re not going to ban something that helps people “, adds Jean-Jacques Latour. Same problem with traceability: “ this is not the concept of these means of payment! “, he shouts again. The problem therefore lies in the credulity of some users who cannot benefit from sufficient security measures in an extremely popular payment system.

Because the particularity of this type of fraud is also based on the wide range of victims it affects. From the student attracted by an apartment with an attractive rent to the elderly person duped by a fake policeman, individuals can be fooled, just like professionals, in particular VSEs, SMEs and ETIs who also often the same mistakes than them. As proof, cybermalveillance.gouv.fr recorded in 2021 more than 2.5 million visitors to their site to clear up doubts or find out information once they were duped.

One in between hard to find

Prevention is in fact necessary to warn users of a potential danger, but must be measured at the risk of losing the attractiveness of certain sites: “ Ad sites do the job, they warn but cannot post warning messages everywhere on their site either. », stresses Jean-Jacques Latour. These therefore protect their users themselves, such as Le bon coin, which created its own secure payment platform in 2018, or the Paysafecard payment service, which secures “ a large majority of transactions » via an online platform and signs each payment ticket with a warning message.

Another important point is the potential conflict of interest with prepaid payment service intermediaries. For most tobacconists, these intermediaries receive a certain commission, generally between 3 and 5% of the amount credited, which can dissuade them from being proactive with customers: “I have a tobacconist whose boss forbids refusing a prepaid card sale“, confides Chris, stalkers of scammers on the Internet. In addition, the latter receive a lot of instructions from the various operators for which they resell the services, as explained by Björn Katerbau, director of distribution at Paysafecard: “ We provide a prevention guide to distributors but they are overwhelmed and do not read it in most cases “. Several barriers that make it difficult for users to be vigilant.

Read alsoOnline scam: how to react to “webcam blackmail”?

Finally, what interest for operators to add security to their system which already generates nearly 10% commission for each ticket issued? For Chris, it is essential to strengthen security at the level of the creation of the account necessary for cashing, considered vulnerable due to the high rate of identity theft. “Each operator should contact a new account creator by telephone“, he suggests, judging that this measure could help “feel» the credibility of the user. Despite the prevention messages, prepaid payment scams remain the majority and are not destined to disappear anytime soon.