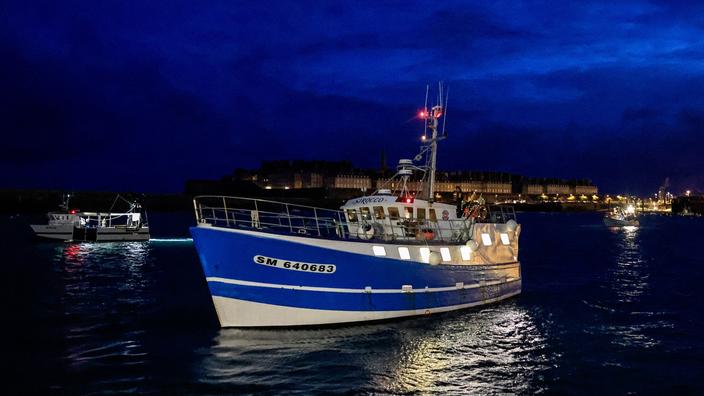 Discussions continue “24 hours a day, 7 days a week», We assured, Friday afternoon, to the European Commission, where progress was expected from London, while the ultimatum set by Paris expired this Friday, December 10 to approve the fishing authorizations in the missing British waters after Brexit.

In this case, 104 licenses requested by French fishermen were still not approved, to allow them to continue their activity in the zone of 6 to 12 nautical miles of the British coasts.

If the contacts continued between the European Commissioner in charge of Fisheries and the British Minister in charge of the file, London had indicated the day before not to recognize this deadline. But the two parties “have mutually committed to bringing their talks to a successful conclusion today», Assured a spokesperson for the Brussels Commission.

If progress was hoped for, “there will not be, I say it very clearly, all the licenses to which we are entitled from here to tonight“, Warned Friday morning Clément Beaune, French Secretary of State for European Affairs, on Franceinfo. According to him, concrete signs of goodwill from the British would allow negotiations to continue. Otherwise, France planned to launch a legal procedure this weekend with the European Commission, via a dispute resolution mechanism provided for in the Brexit agreements, signed now a year ago.

The relationships “difficult“With Boris Johnson are due to the fact that his”government doesn’t do what it says“, Especially on fishing, castigated, Thursday, Emmanuel Macron, during his press conference. On the fishing dispute, France obtained 1,004 fishing licenses, mainly on the high seas. Of the 300 or so that were missing for the coastal zone in October, the figure fell to around 100, after the trickle-down issuance of new authorizations by the authorities in Guernsey, Jersey and the UK. Of the 104 still contested, 53 relate to authorizations from London, in particular for 40 new boats, which the United Kingdom refuses to authorize due to the lack of anteriority of their activity in the area, a key criterion for granting these licenses. .

Read alsoPost-Brexit fishing: “The government is letting our profession die out”

After threatening the United Kingdom with retaliatory measures (ban on the landing of fishing vessels, reinforced controls on goods, reduction in the supply of energy, etc.) France has resumed dialogue. Isolated at the start, she succeeded in mobilizing the European Union to defend her case. At the same time, the French government seems to be preparing people’s minds for disappointments. The Minister of the Sea, Annick Girardin, spoke of the need to prepare a plan of “exit of fleets“. And Emmanuel Macron himself must look into the fate of the very angry fishermen by the end of the year.