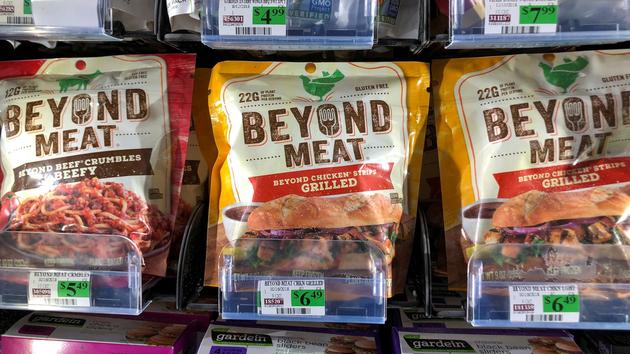 Specialists in food manufactured in the laboratory are a hit on the stock market, despite sometimes very significant losses.

160% increase in one session. This is the spectacular surge that the action of the specialist in meatless steak Beyond Meat displayed, during its first day of listing on Wall Street on May 2, 2017. Two years later, rebelote. This time for its oat milk counterpart Oatly, which, when it went public on May 20, saw its stock jump by more than 30%. Since then, the company, which conquered Wall Street by raising $ 1.4 billion (1.17 billion euros), has seen its capitalization boosted by nearly 40%!

Of course, this euphoria of the early days sometimes fizzles out. However, at $ 139 this Friday at the close of Wall Street, the Beyond Meat share is listed five and a half times more than two years ago, for a valuation of $ 8.7 billion. That is 21 times its turnover. An impressive level for a company that still reported a net loss of $ 52.7 million last year. And which makes you dizzy compared to the capitalization of a