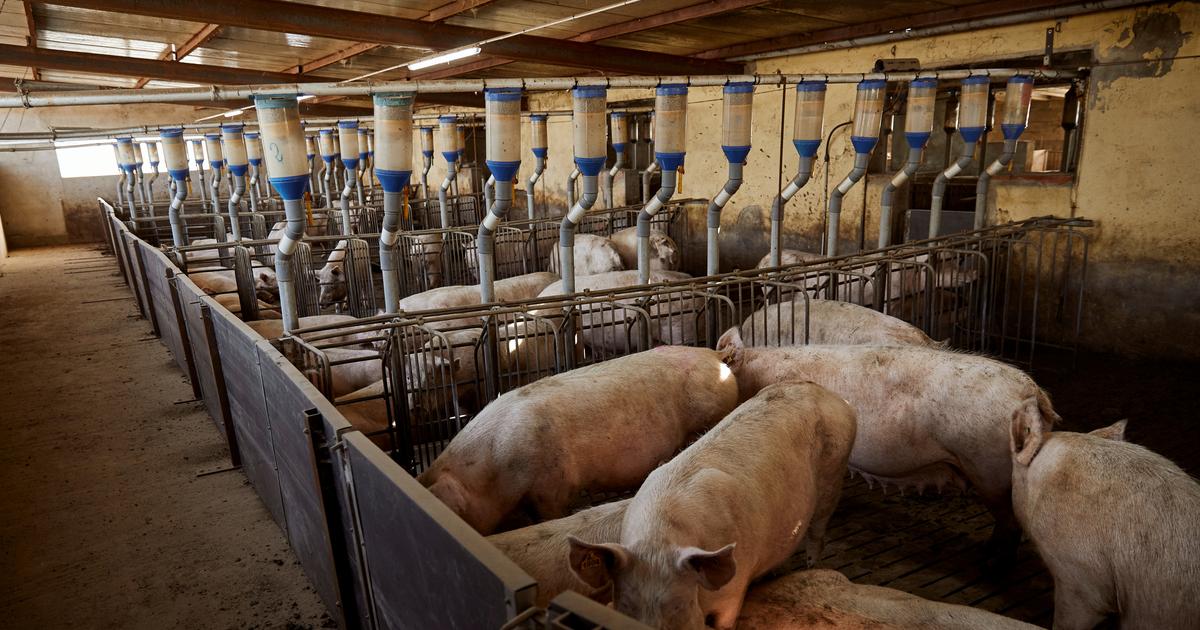 The videos of this farm, broadcast by the L214 association, had triggered an inspection by the departmental directorate for the protection of populations (DDPP) of Allier.

The owners of a pig farm supplying the Herta brand were fined 25,000 euros on Wednesday for “animal abuse”, by the Criminal Court of Moulins. The court imposed a fine of 50,000 euros, including 25,000 suspended, considering that the systematic cutting of the animals’ tails was an act of abuse.

Read alsoJane Goodall: ‘We can’t close all the intensive factory farms, but we can improve them’

This farm of 9,000 pigs located in Limoise (Allier) had been pinned in videos of the L214 association. During the hearing at the end of January, the prosecution had requested a fine of 50,000 euros, including 30,000 suspended.

“It is a very harsh decision. My clients are convicted of a misdemeanor offense, they are told the abuse is intentional. We are criminalizing a breeding practice that concerns 99% of European breeders,” reacted to AFP the owners’ lawyer, Me Pierre Morrier. “This is a first and it is a worrying signal sent to breeding in general”, added Me Morrier, who appealed this decision. Routine tail docking, called tail docking, is a “preventive act” practiced by a large majority of breeders, to prevent the pigs from injuring each other by biting their tails, according to Me Morrier.

L214 welcomed for its part a condemnation “historical” : “For the first time, justice condemns this practice, prohibited for nearly 20 years by the decree of January 16, 2003” but still practiced, underlines the association in a press release. “It’s a major decision, a signal sent to the entire pork industry”welcomed Brigitte Gothière, co-founder of L214, after the judgment.

The owners of the farm were also acquitted of the facts of keeping animal carcasses and were sentenced for lack of a watering device and non-compliance with the size of the gratings, but exempted from punishment. They will have to pay 1000 euros to each of the two associations L214 and the SPA, civil parties, for non-pecuniary damage and 2000 euros for the costs of the proceedings.

As usual, L214 had broadcast several videos targeting this breeding in 2020 and then in early 2021, including one entitled The (dis)liking of simple things, hijacking an advertising slogan of Herta. Footage showed caged sows lacking space to farrow or nurse their young, pigs wading through their excrement, starved of water, some of which had their legs stuck in gaps in gratings covering the floor.

These videos triggered an inspection by the departmental directorate for the protection of populations (DDPP) in Allier, which concluded that the “well dressed” of operation. Herta, which had initially suspended its purchases from this breeding, reversed its decision after the prefecture deemed the establishment to be compliant.