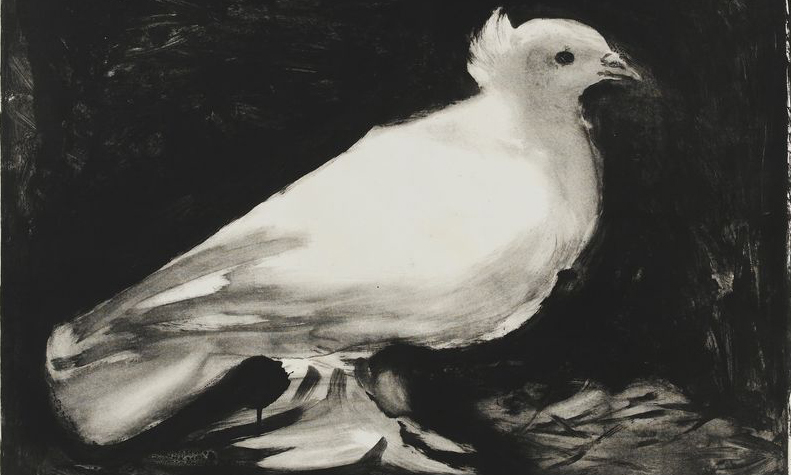 At the age of 86, Picasso made 347 prints in seven months, on a variety of materials such as metal, stone, wood.

Having died in 1973, but until now, Picasso is still the artist who holds many records in art sales. An auction of the artist’s work will take place at Sotheby’s in Las Vegas in October, expected to raise at least $70 million. Exhibition Unseen Picasso opened on September 3 at the Norton Simon Museum, California (USA), attracting the attention of the art world. The event featured 16 prints of the artist’s late work from the 1930s to 1960s, representing his bold artistic experiments in technique and style.

The Norton Simon Museum says it holds about 800 Picasso prints. According to exhibition curator – Gloria Williams Sander, each print is created in a different way. She chooses works with a unique character, based on the artist’s handwritten notes for the printer, personal creation and experimentation with his colors. She put on the exhibition the works of the series Suite 347, A series of prints released in 1968, bringing together themes that influenced his entire life. 20 of the prints have generated controversy for being sexually explicit. However, Suite 347 then still on display in Paris (France), Chicago, New York (USA).

Unlike many painters, Picasso did not need to produce prints to make money. By 1930, when his first prints were introduced, they immediately cemented his reputation. For Picasso, prints were “a form of experimentation that he couldn’t give up”, Ms. Sanders said. In addition, printing gives the artist “a space to really extend themselves technically”. Unlike paintings, where the final image often overshadows previous versions, each print can be saved at various stages in the making of the work.

Characters in the picture Two Nude Women II (1930) features lines in the typical Picasso-style distortion – one woman has a large back and a too small head, the other sits in a contorted, uncertain position. Before printing the entire painting, the printers gave the artist drafts, Picasso choosing Norton Simon. He used red ink to add the year of the work – 1931 – in Roman numerals. Ms. Sanders said that implied ambition about making a place in art history.

Head of Woman, No. 3 (Dora Maar) There are two copies in the exhibition, showing that sometimes Picasso could not ignore earlier drafts. Made in 1939, the print was considered by critics to contain Picasso’s tumultuous emotions during a year of personal and public tragedy: the artist’s mother died, the Republican faction he supported lost in the Spanish Civil War. The artist used a scraper on the copper plate with certain durability, creating a print with a color range similar to watercolor. In the first version, he used blue tones, creating diagonal lines, highlighting the contours of Maar’s face and her hair. In the second version, he fills in the background, giving depth to the portrait. Picasso left a note that he wanted to keep both prints to himself.

Changes and experimentation sometimes drove Picasso’s printers crazy. Today, the work The Dove (Dove,1949) is one of the artist’s most famous prints, in part because it was used on posters for that year’s Paris Peace Congress (France). Françoise Gilot, Picasso’s romantic partner, writes in his memoirs about the intricate birth of the painting. Picasso’s printer, Fernand Mourlot, objected to the decision to paint a white dove on black stone because it was a technical challenge. “How do you think we should print it? That’s impossible,” he said. Picasso asked Mourlot to give the job to Gaston Tutin, one of his most experienced printmakers. Gilot recalls that Tutin was even more sullen, but he did the job perfectly.

Picasso’s love for print lasted longer than that of many of his mistresses. In 1968, at the age of 86, he spent almost seven months making Suite 347, produced 347 prints, using a variety of techniques he had honed over several decades. Circus performers, musketeers, childhood toys and beloved artists such as Rembrandt and Raphael are reproduced in a series of prints, like a diary of the obsessions of the famous life. disaster. Picasso told photographer Roberto Otero, who has written memoirs about the artist’s final years, that the prints were his way of “creative fiction”.

Exhibition Unseen Picasso Also includes the first painting in the series Suite 347 – Picasso, His Work, and His Public. The artist depicts him facing a circus performer. Behind them, a topless woman was riding a horse. The wall is filled with bizarre faces, representing the artist’s public. Picasso appeared with a short figure, wrinkled cheeks but with bright, sharp eyes, just like his image in real life.

Pablo Picasso (1881-1973) was a Spanish painter and sculptor. He is one of the most famous artists of the 20th century, the “father” of cubism. He is famous for his works as: The Girls of Avignon, Portrait of Aunt Pepa… Picasso has several paintings that are on the list of the most expensive works of art in the world, such as Nude on a black armchair, Les Noces de Pierrette, Dora Maar au Cha… Painting Garcon à la pipe sold for $104 million at Sotheby’s in 2004, setting a then world record for the price of a work of art. Besides paintings from many materials, he made more than 1,000 prints from woodcarving techniques, painting on stone…