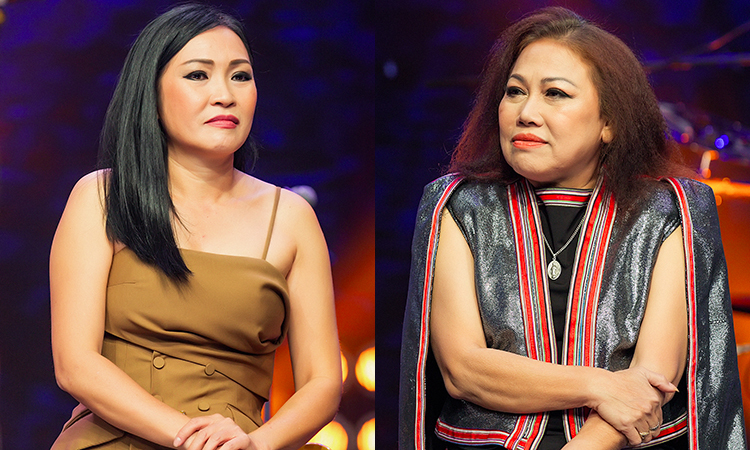 Phuong Thanh talked about dissolving old anger with Siu Black, holding her hand to sing a rock performance at the event on the afternoon of December 14, in Ho Chi Minh City.

Both and the remaining coaches of the Vietnamese Rock competition: Pham Anh Khoa, Tuan Hung, Tuan Khanh, Hiep Ngu Cung performed at the program’s press conference. Siu Black said she was happy to see Phuong Thanh again, working as a judge on the music playground. Hearing the juniors say that they won’t compete but “rob” her sister’s contestant on her team, Siu Back laughs.

Phuong Thanh and Siu Black used to be close friends. Eight years ago, when Siu Black was in debt, she stood up and called on everyone to support her senior. However, then the vocalist Empty entangled in information about stealing money from benefactors to help Siu Black.

On her personal page, Phuong Thanh once said that she was sad because she was misunderstood by Siu Black. And Siu Black then insisted not to speak ill of juniors. The relationship between the two is broken and they rarely talk about each other. The scandal at that time made Siu Black almost withdraw from showbiz. They returned to sing together in Quang Ha’s live show in 2017 in Ho Chi Minh City but have not yet publicly stopped being angry with each other.

Currently, Phuong Thanh said she put aside the old story. The singer also introduced the show to the US for Siu Black to earn extra income. Phuong Thanh said: “Siu and I keep a working relationship, in music, the two can still combine”.

Talking about her role as a rock competition coach, Siu Black said that she attaches great importance to the main vocalists of the bands having internal strength and clear lyrics. Meanwhile, Phuong Thanh focuses on the explosiveness, bravery and humanistic message of each group’s performance that each group wants to send to viewers.

Singer Siu Black was born in 1967 in Kon Tum, a Ba Na ethnic group. Famous for her vibrant performance style and powerful voice, she was nicknamed “mountain painter” by the audience.

Phuong Thanh was born in 1973, famous since the mid-1990s through the program Green Wave. She specializes in pop-rock music with a hoarse voice and many hits like When the dream comes (Duc Tri), Farewell to the past (Nguyen Duc Trung), Empty (Quoc Hung)… She also judges many contests, game shows, and encroaches on cinema in movies Surrogacy, When a man is pregnant, Kiss of death, Hot boy rebel…

Vietnamese Rock has 21 bands from the North, Central and South regions that entered the next round, with many groups such as: Aqua Band, Phach Ca, Giap Fold, Brainwave, Chu Ca Lo… Each band went through three rounds of competition: Forming a team. , Confrontation, Challenge. The last five groups will compete for the top prize with a cash prize of VND 250 million. The producer’s representative – Mr. Trinh Ba Linh – said that the criteria for selecting the participating bands include: professional skills (vocal, guitar, drums, bass…), performance ability, composing, creativity. .