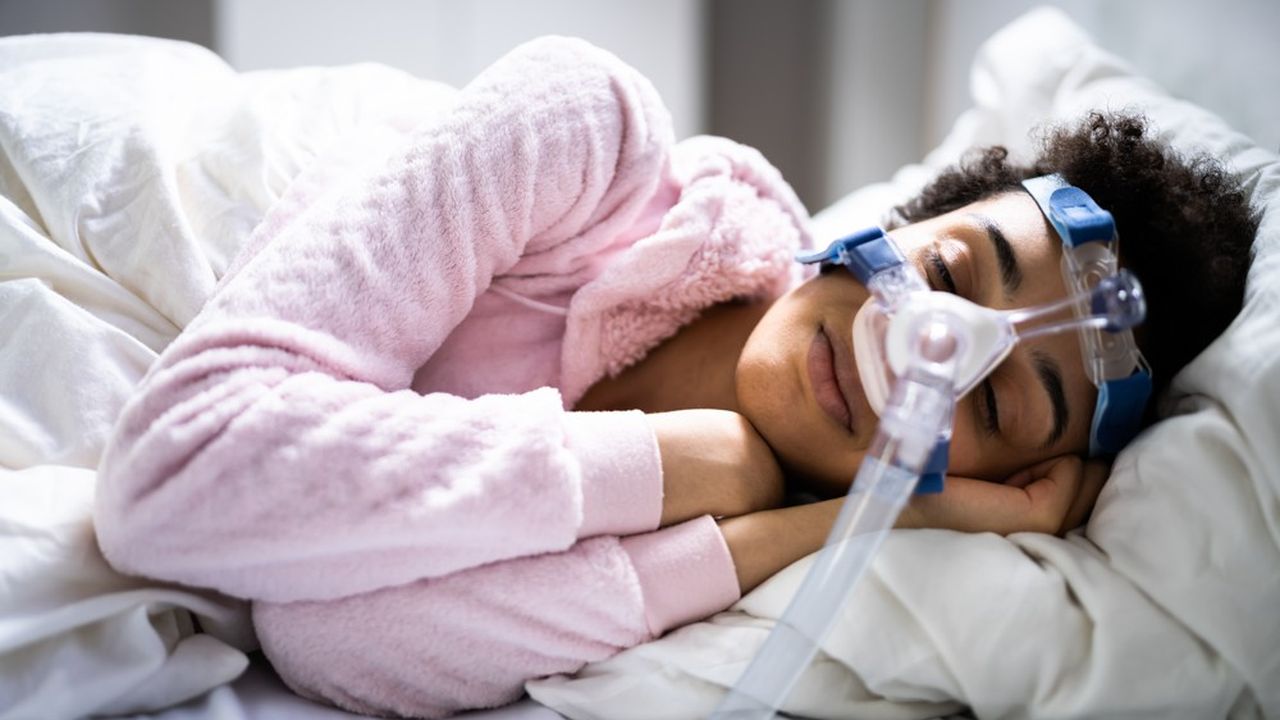 In the midst of the Covid-19 crisis, having to recall 5.2 million defective but essential devices for sleep apnea and respiratory assistance – including nearly 374,000 in France – is a challenge for Philips. The Dutch health device giant struggling to replace them, the case turned into a crisis and the company is rolling out a major plan.

The problem is the sound-absorbing polyurethane foam put into the offending devices, ventilators (with or without life support) and continuous positive pressure (CPAP) respirators for people with sleep apnea. It degrades over time into particles emitting volatile organic compounds (VOCs) which cause a risk of irritation (skin, eyes and respiratory tract), asthma, headaches, and even harmful effects on the kidneys or liver. .

“To date, Philips has received complaints about the presence of black debris or particles in the air circuit,” noted last November the National Agency for the Safety of Medicines and Health Products (ANSM), one of national health authorities that Philips had notified as early as June 2021 of a global recall for replacement or repair.

Referring to “unsatisfactory communication from Philips to patients, stakeholders or health authorities” and a “lack of transparency on the implementation of the replacement plan”, the ANSM then took a decision in February to health policy, requiring 75% recalls by the end of June 2022 and 100% by the end of 2022. Similarly, in the United States, the Food & Drug Administration (FDA) ordered Philips on March 10 to warn all users of its defective products .

“It’s not us who can warn the patients, we don’t know who they are. Our clients are healthcare providers. They alone have the patient file. We have already carried out two information campaigns with them and are going to do a third,” explains Steve Klink, the Dutch giant’s world spokesperson.

But it is difficult for health providers to warn users until they have replacement equipment. This is where the problem lies. Even before the Covid-19 crisis, the trade war between the United States and China disrupted the global supply chain for the 650 components of a respirator. Today, “there are 5.2 million devices to replace, but we produce them in the United States with a production capacity of one million devices per year,” explains Steve Klink.

Philips has provisioned more than 700 million euros in expenses and “at this stage, we have tripled our production rate, announces Steve Klink. We continue to increase it and we are committed to having performed 100% of recalls by the end of 2022. In Europe, this will also involve local repairs. On the other hand, impossible to reach the 75% of reminders required by the ANSM for the end of June. “We appealed his health policy decision. The subject is ongoing,” says Steve Klink.