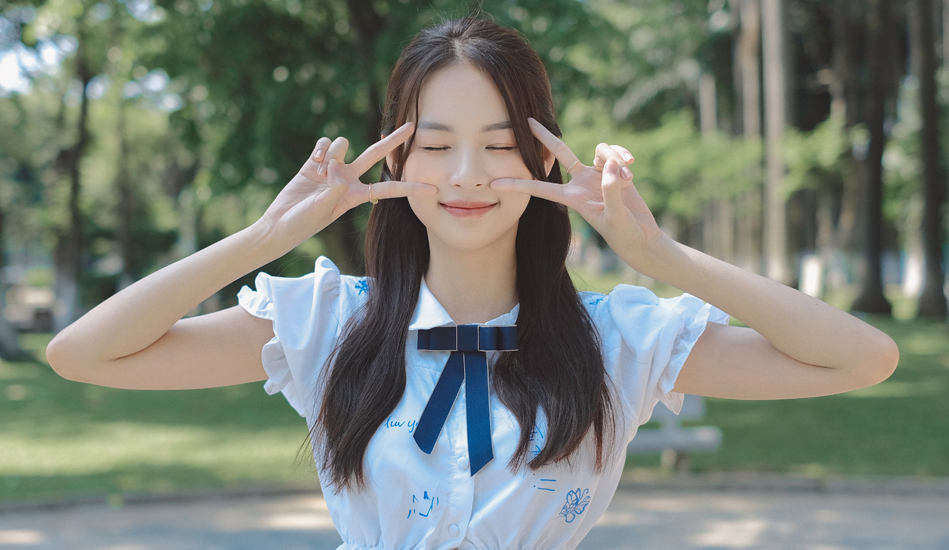 The song composed by RIN9, inspired by the image of fireworks in the sky: “Youth is like a bunch of fireworks, having its own brilliant moment, it is difficult to have a second chance to light up”, he said. .

The scenes in the music video were taken in Da Nang and Hoi An (Quang Nam). Phi Phuong Anh, MiiNa and three boys (Quang Truong, RedKa, Truong Cao Khoa) had a youthful year full of smiles. When the summer of senior year came, it was time for them to say goodbye. All the pent-up feelings, their feelings hidden in their hearts were also gradually revealed. Phi Phuong Anh and the guy who made her “love secretly” expressed their feelings with the help of three friends.

The female singer said, “When performing the song and playing the role of a female student, I felt like I was returning to the time in school. Hopefully, the music video will evoke beautiful emotions in the hearts of viewers.”

Phi Phuong Anh was born in 1996 in Hanoi. She became known to the audience after winning The Face Vietnam 2016. Working as a model for 5 years, she turned to be a singer last year, having released MVs. False butterfly wings, Blurry, Wisdom teeth…