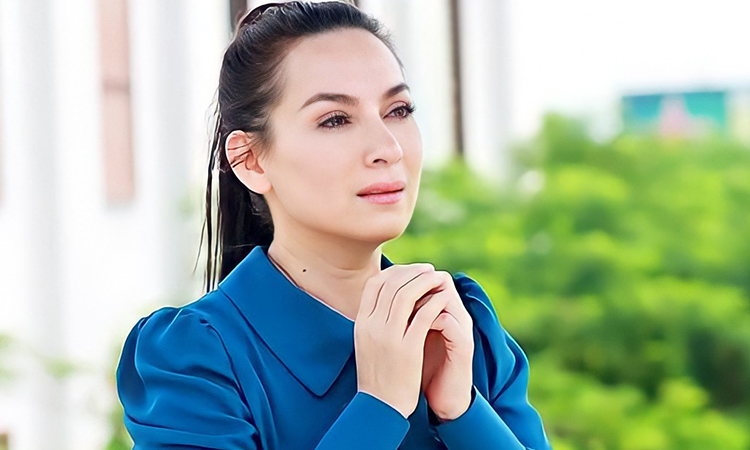 Singer Phi Nhung once caused a fever when she paired with Manh Quynh in the classic Cai Luong play “Lan and Diep” in the 2000s.

For more than 30 years in the profession, in addition to her knack for singing folk songs – homeland, Phi Nhung also made a mark when encroaching on the acting field with resounding cai luong plays for a while. After she passed away, many viewers came back to watch it Lan and Diep (composer Loan Thao) – one of the rare works of Phi Nhung ever performed in a full-length opera. Released in 2000, the play caused a sensation at home and abroad, so far it is still one of the most viewed cai luong works on Youtube with nearly 15 million views.

In the play, she and Manh Quynh recreated the classic love story of the Southern theater. Before that, the audience in the 1970s was sobbing with the singing style of artist Thanh Kim Hue – Chi Tam in the first recording. Phi Nhung chose a new way of expressing herself: restraining her grief, but her eyes still had a hint of melancholy. In the part where Lan sees Diep off to study in the city, Phi Nhung shows the shyness and earnestness of a western girl before parting with her first love. Lan’s faltering gesture, “scratching his head and scratching his ears” when instructing Diep, was both laughable and evocative.

In the following scenes, Phi Nhung tries to deepen the character’s psychology. She played the heartbreaking pain of a girl whose marriage was betrayed by her lover, but still tried to advise him to be nice to the person who came later. At the end, when Lan was about to take her last breath at the temple, her expression evoked pity when combined with the old verses: “The eagle leaves outside also hesitantly fall in the wind / Like old sadness piled up in the heart sad / Every drop of rain is a choking tear / Each leaf falls like a small boat / Swim upstream to the ancient rendezvous … “. On Youtube, many viewers said they cried when watching this part. “Now Lan has left the real Diep,” Thao Vy wrote.

During her life, Phi Nhung had a great love for Cai Luong and devoted herself to learning. In 2018, she appeared in the play Ms. Luu’s life (composed by Tran Huu Trang) – the work of artist Gia Bao reconstructed on the occasion of 100 years of reformation. She plays Kim Anh (her daughter Luu) – the classic role of artist Le Thuy. Bach Tuyet (as Luu) said that Phi Nhung was initially nervous and pressured when acting with a series of big names on the stage. When rehearsing with her, Phi Nhung was not afraid to ask questions, thanks to the analysis of acting techniques for each scene. On the official night of the show, Phi Nhung’s segment was one of the most special highlights with the painful and pitiful Kim Anh scene when she learned about her mother’s tragic life. Her echoing singing style received a lot of applause from the audience because of her distinctive husky timbre, long breath, and precise down-tempo.

Gia Bao said that in April, when he held a mini-show for artist Hong Nga, he invited her to play a role with her. The singer excitedly accepted, telling him not to think about the paycheck because he was worried Gia Bao lacked funding for the show. Plans to be shelved when Ho Chi Minh City closed the stages in May. In addition to cai luong, Phi Nhung also tried with Ho Quang when playing the role of Chuc Anh Dai in the movie. Luong Son Ba, Chuc Anh Dai, or social drama in Waiting station – Silk shoulder.

Although she has never attended acting school, Phi Nhung’s times as a guest in comedy skits have been well received. In 2005, in the book Sowing hexagrams at the beginning of the year, She first acted in comedy, playing the role of a young woman who went to see a fortune teller on the road to the family religion. The script is simple, but Phi Nhung constantly creates laughter in the “instant answers” with the cunning fortune-teller (Hoai Linh). The skit was a success, paving the way for Phi Nhung’s later resounding comedy series. She often combines many popular comedians, such as Chi Tai (The lame chicken eats the mill), Long river (Dau and his wife)… Artist Trinh Kim Chi said that Phi Nhung is very passionate about drama. “Every time we meet, she often asks me to arrange a role to participate in, even if she has a little land, she doesn’t mind,” she said.

With a flexible acting style, meeting many types of roles, Phi Nhung has been invited by many directors to appear in movies and television series. Despite her small role, she was impressed by the charming laughter segments. In 2011, Phi Nhung first appeared on the small screen as a maid in the movie The castle of Love – performed with Hoai Linh and Chi Tai. In Hello Miss Ba – Comedy New Year 2012, she plays with Phuoc Sang, the role of a wife who loves her husband but has a fierce personality. Her gentle, rustic features also helped her to be chosen to play the roles of Western women with austere fate, such as Ut Tai Lanh – a girl who was both pregnant and raising an elderly mother.12 wharfs), or Ba Hue – a typical rural wife who loves her husband and children (Flower village love story). She also tried her hand at acting as a villain in The House has five fairy, creating many unexpected situations at the end of the film.

Before her death, Phi Nhung cherished a musical film called Mai Hoai Trinh played by her, besides the artists Thoai My, Phuong Loan, Trinh Trinh… Huu Quoc – who edited Phi Nhung’s acting – said she was so meticulous that even though the film had been filmed for more than a year, until post-production but still not satisfied. At that time, she said to him: “Let me take care of the image to make it beautiful and then choose the date of the press conference.” “However, Mai Hoai Trinh failed to return. These footage will become a memory for us and the audience,” said Huu Quoc.