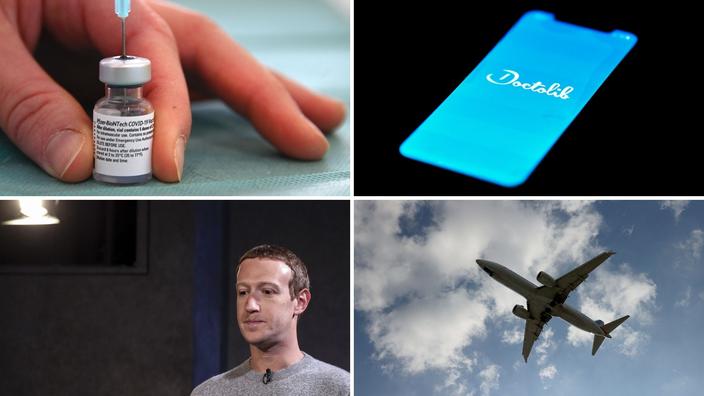 While some companies have taken full advantage of this Covid year, others have on the contrary experienced a real annus horribilis.

After a new year marked with the seal of Covid-19, there are on the one hand the companies which laugh, and on the other those which cry. At the time of the transition to 2022, it is time to take stock of the year, on the business side. Success, growth, popularity … Some companies have taken advantage of 2021 to strengthen themselves, while others, involved in scandals or chain of crises, on the contrary come out weakened. Le Figaro selected five top companies in 2021, and five that flopped.

In this year of vaccination against Covid-19, Pfizer has undoubtedly stood out. The American pharmaceutical giant was one of the fastest to develop a vaccine against this coronavirus, from the end of 2020 – in partnership with the German biotech BioNTech. It quickly became essential in the vaccine strategy of Western countries and crushed all its competitors. The group should have sold in 2021 no less than 2.3 billion doses of its product, based on messenger RNA, for a turnover of 36 billion dollars. Enough to make this vaccine, authorized in nearly 120 countries, the best-selling drug in one year in the history of the pharmaceutical industry. And thanks to which Pfizer’s turnover is expected to exceed $ 100 billion next year, according to estimates by an analyst at SVB Leerink.

In 2021, there is a site that is invited to our tab “Favorites“. Already essential for several years for making appointments with health professionals, Doctolib has taken on yet another dimension thanks to the pandemic, where it has become a leading player in the government’s vaccination campaign. A figure is there to show it: at the end of September, 85% of vaccination appointments were recorded from the platform created in 2013. Only crumbs remain for the two other sites selected by the government to ensure the appointment. you know, what are Maiia and KelDoc.

It has established itself in the smartphones of adolescents all over the planet, to the point of overshadowing Facebook, Instagram and YouTube. After taking full advantage of the lockdowns in 2020, TikTok continued its momentum in 2021, further helped by the restrictions linked to Covid-19. At the end of September, the Chinese application for sharing short videos announced that it had exceeded one billion monthly active users, just four years after its launch. In the space of a year, that number jumped 45%. In 2021, TikTok was even the most visited website in the world, ahead of Google, according to the ranking of the American company Cloudflare. And this, despite controversies over the collection of personal data from minors, the cult of the body that it fuels or the lack of moderation.

In this period of pandemic, if there is one sector that is not experiencing the crisis, it is the luxury sector. As evidenced by the record year experienced by the French group LVMH, world number one in the market. While its fourth quarter financial results are not yet known, those for the third quarter show exceptional growth. Over the first nine months of 2021, the group’s sales, which owns Louis Vuitton and Moët Hennessy in particular, amounted to 44.2 billion euros, an increase of 46% compared to 2020. Its growth over this period was also higher than the same period in 2019 (+ 11%), i.e. before the pandemic. A year 2021 in all respects successful for the group, which in January bought the American jeweler Tiffany for 15.8 billion dollars.

In 2021, SpaceX will have confirmed its status as a leading player in space exploration. After sending its first astronauts to the International Space Station (ISS) at the end of 2020 thanks to its Falcon-9 rocket and its Crew Dragon capsule, Elon Musk’s company launched two similar missions in 2021, again for NASA. One of them put the French astronaut Thomas Pesquet into orbit. SpaceX’s Starship program, to build a reusable mega rocket, was also a resounding success in May. After four flights concluded with explosions on landing, the fifth test was the right one: the rocket, chosen by NASA for the Americans’ return to the Moon (postponed to 2025 at the earliest), managed to land safely . It should attempt its first orbital flight early next year. SpaceX also made headlines this year for sending four tourists to space in September, paving the way for space tourism, after Virgin Galactic and Blue Origin (Jeff Bezos’ company).

After the Cambridge Analytica affair, accusations of disseminating fake news or sharing personal data of its users with other companies, Facebook was splashed with yet another scandal in 2021. Whistleblower Frances Haugen, ex- employee of the American giant, in September leaked thousands of pages of internal documents of the group, baptized “Facebook FilesWhich shed a harsh light on the group’s controversial practices. Lack of moderation, minimization of the discomfort caused by Instagram on adolescents, promotion of fake news … The revelations hurt Facebook and cause a serious crisis in the group. To try to make people forget all his setbacks, he announced at the end of October changing his name, to become Meta. Not enough to upset the image of the company, if one believes a recent survey carried out by Yahoo Finance, in which Facebook obtained the palm of “worst company of the year”, Far ahead of Alibaba.

Read alsoFacebook’s whistleblower steps out of the shadows

If the French vaccine against Covid-19 is still pending, it is because Sanofi, however quickly engaged in the race, has still not managed to release its serum. The French pharmaceutical giant has indeed accumulated delays, linked first to a dosage error during the first phases of clinical trials. While it was expected for the end of 2021, its recombinant protein vaccine will ultimately not be available before 2022, the French laboratory recently announced. A major failure for Sanofi, both in terms of image – some French people hoped to be able to be vaccinated with a French serum – and in commercial matters.

After briefly climbing to the top of the smartphone market in mid-2020, the fall is steep for Huawei. Under stifling American sanctions, the Chinese manufacturer – accused of spying on behalf of Beijing – left the world top 5 this year, dominated by Samsung, Apple and Xiaomi. According to Omdia, the Chinese manufacturer even plunged to 10th place in the world in the third quarter, with only 3% of sales. The company estimated at the end of September that its smartphone division’s revenues would fall by at least $ 30 billion to $ 40 billion in 2021, after it earned nearly $ 50 billion last year.

Two rivals, two opposing destinies in 2021. Faced with the insolent success of its main rival Airbus, which has chained the big contracts, Boeing seems very pale. Still, the year seemed to start off auspiciously for the American aircraft manufacturer, with the 737 MAX being re-authorized to fly in European skies, after two fatal crashes in 2018 and 2019. But Boeing subsequently experienced an avalanche. technical problems, in particular on its long-haul 787 Dreamliner, whose deliveries were suspended for the second time last May. The manufacturer is also embroiled in certification issues for its 777X, which could not arise before mid-2023. To top it off, its Starliner space capsule, which is to be used by NASA to transport its astronauts to the International Space Station (ISS), saw a crucial test flight be canceled in August, due to technical concerns. The coup could be repeated in May 2022.

If it is far from being the most famous company in this year-end review, Hydroption is nevertheless symbolic of a major fact of the year 2021: the surge in energy prices. This electricity supplier, of which the town hall of Paris, the army and the State were among its customers, was the first victim. At the beginning of December, the company was liquidated for lack of buyer. If the company is for the moment the only one to have gone bankrupt in France, the sudden rise in wholesale energy prices (electricity and gas) has put many other alternative suppliers in difficulty. To keep up with the shock, some increased their customers’ bills, others cut offers, and a few even decided to turn down new customers.