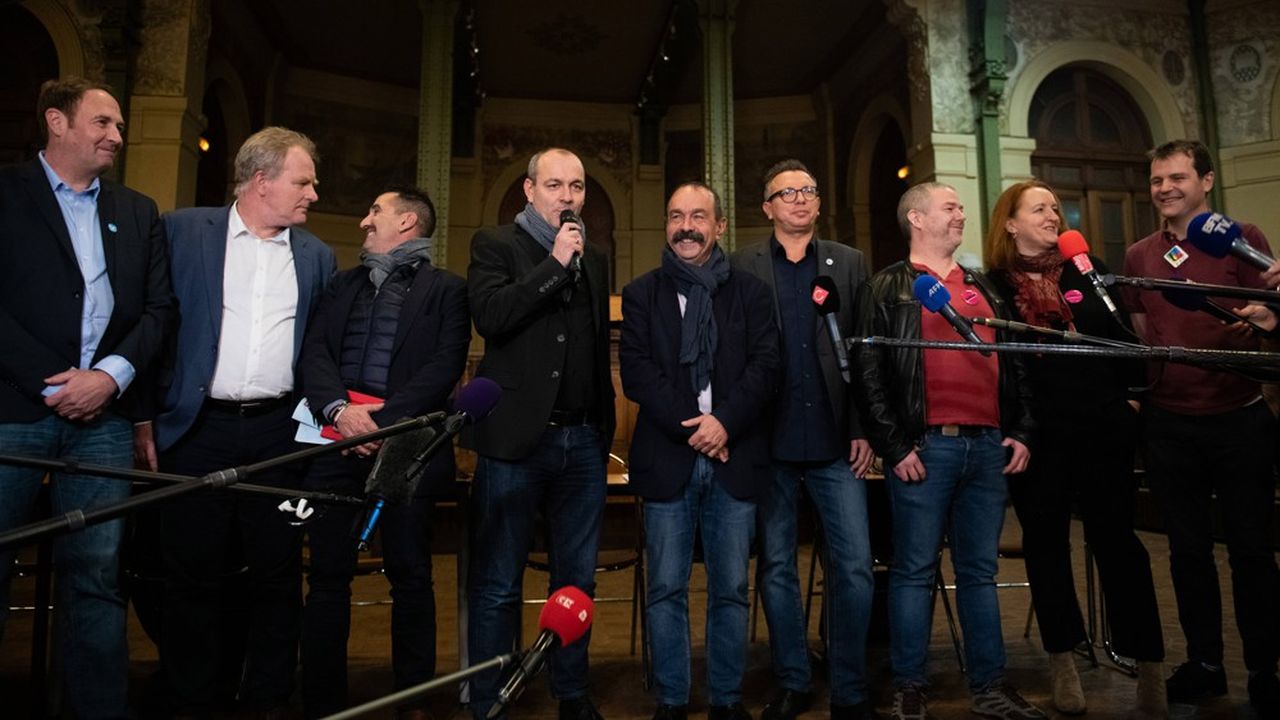 The unions are kicking off a mobilization on Thursday that they hope is “powerful” enough to roll back the government on its decried pension reform. We don’t yet know what the intensity and duration of this movement will be, but one thing is certain, it has changed union geography. Because for the first time since 2006, and the fight against the First Job Contract, the eight major French unions – the CFDT, the CFT, FO, the CFE-CGC, the CFTC, Unsa, the FSU and Solidaires – are talking about a one and the same voice.

But who are their number ones, who after meeting on January 10 at the Labor Exchange to announce their first response to government announcements, will parade together this Thursday? Workforce review.

Laurent Berger has chaired the CFDT, the French Democratic Confederation of Labour, since November 2012, which became France’s leading trade union in 2018. Former professional integration adviser, permanent trade unionist for more than ten years, he followed in the footsteps of his mentor, François Chérèque, whom he succeeded.

He returned to the head of the CFDT at its 50th congress, mid-June 2022, but he had already warned that he would not go until the next congress, scheduled four years later. His successor has not yet been appointed… Or his successor, because it could be the number two of the organization, the deputy general secretary, Marylise Léon.

Philippe Martinez was appointed secretary general of the General Confederation of Labor (CGT) in February 2015, in place of Thierry Lepaon, forced to resign after revelations about his lifestyle. Child of the Ile-de-France suburbs, passed by Renault Billancourt, this technician was the boss of the CGT metallurgists for seven years.

He announced, to everyone’s surprise, on May 31, 2022 that he will not stand again at the next confederation congress in March 2023. He explained that he will not leave his responsibility “neither forced nor forced”, affirming having made his decision since the Dijon congress of 2019, where he had been re-elected. He believes that the confederation must “take a new step, give a strong sign to all union members, all activists, by electing a woman for the first time” and proposes to appoint Marie Buisson, secretary general of the education federation. , research and culture, to succeed him.

A page has already turned at Force Ouvrière with the election in June 2022 of Frédéric Souillot. He succeeded Yves Veyrier, who arrived by surprise at the head of the central in November 2018 when the union was in the midst of a crisis. He had indeed succeeded Pascal Pavageau, forced to resign after only six months in office following the revelation of a defamatory occult file on his main executives.

Yves Veyrier did not wish to apply for a second term. Frédéric Souillot was appointed on June 3, 2022 to replace him. The latter, then little known to the general public, had joined FO Métaux in 2008. A member of the confederal office since 2015, he was in charge of the organization, the legal sector and the personnel.

François Hommeril was brought to the head of the management union, the CFE-CGC, in June 2016. He succeeded Carole Couvert, prevented from representing himself. Engineer in geology, doctor in physics passed by the CNRS, he had joined Pechiney at the end of the 1980s then had been at the forefront of corporate changes in recent years, moving to Alcan then Taleo, over the takeover bids. He should be the only candidate for his succession at the next congress of the management union, which will be held on March 22 and 23, 2023 in Tours.

Cyril Chabanier has led the French Confederation of Christian Workers (CFTC) since November 2019, where he succeeded Philippe Louis. With a master’s degree in economics and a DESS in social sciences, he joined the CFTC in 2002. A statistician at the National Family Allowance Fund, he was also a high-level tennis referee.

Benoît Teste has been leading the Unitary Trade Union Federation (FSU) since November 2019, born in 1993 from the break-up of the National Education Federation (FEN). This professor of history and geography had then taken over from Bernadette Groison, who had led the FSU for nine years, the second union in the state civil service and the first in education.

Laurent Escure has been head of the National Union of Autonomous Trade Unions (Unsa) since April 2019. Before becoming a full-time trade unionist in 2007, he was a school teacher in the priority education zone of Mirail, in the suburbs of Toulouse, where he spent his entire career.

At the head of the Solidaires union, there is not a general secretary but two general co-delegates, who since October 2020 have been Simon Duteil and Murielle Guilbert, the only woman among the union leaders. Solidaires, which brings together a myriad of SUD unions, is mainly present in the public. This organization became in 2006 one of the representative organizations in the State civil service.