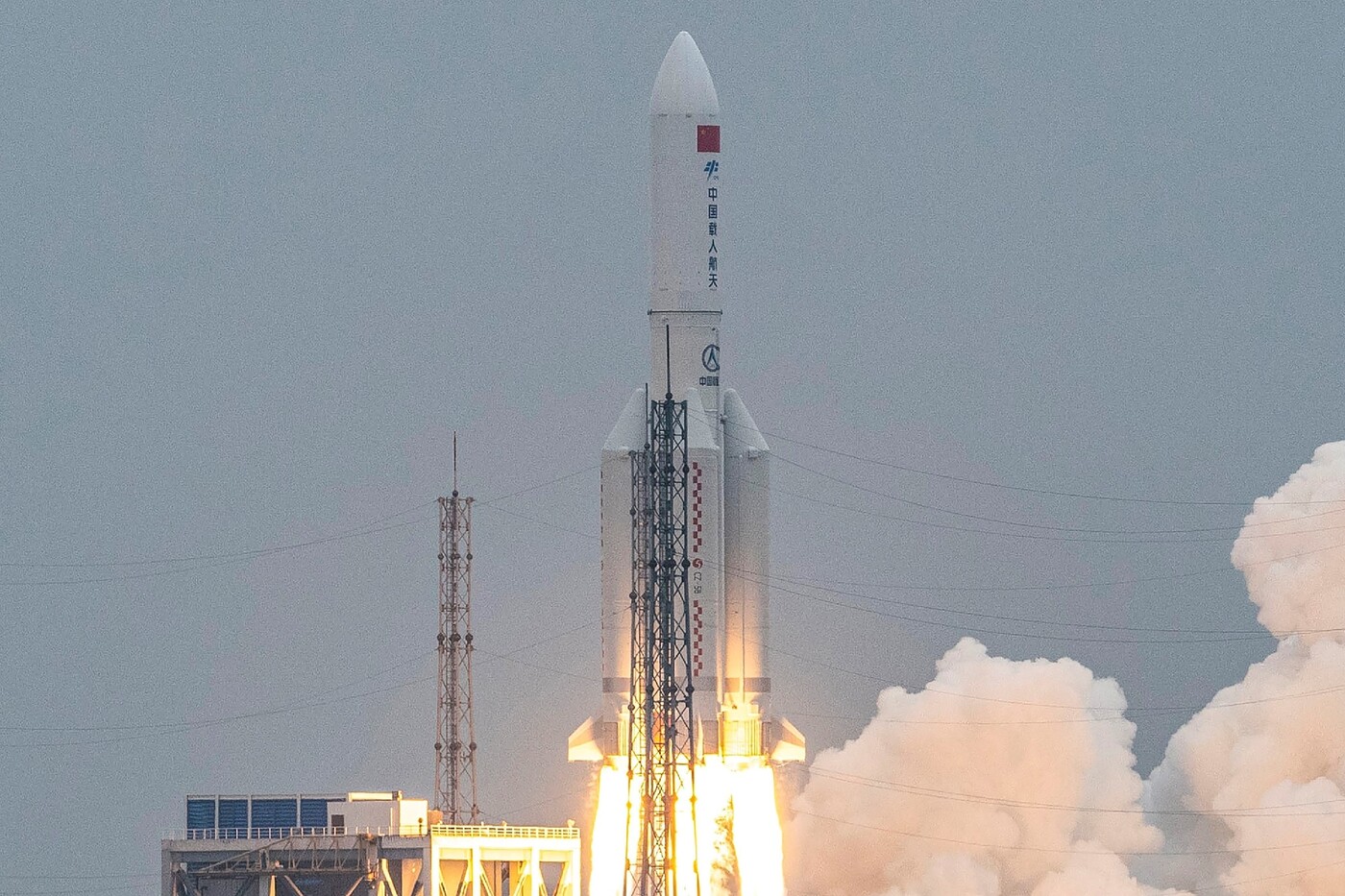 A large segment of the Chinese rocket that made its return to the atmosphere on Sunday May 9 has disintegrated over the Indian Ocean, the Chinese space agency said, after much speculation on where this rocket 18 ton object could fall.

“According to the monitoring and analysis, at 10:24 am (02:24 GMT) on May 9, 2021, the first stage of the Long-March 5B carrier rocket entered the atmosphere,” the Chinese Bureau of China said. space engineering manned in a press release, providing the coordinates of a point in the Indian Ocean near the Maldives. “Most of this segment disintegrated and was destroyed on entering the atmosphere,” he added.

→ EXPLANATION. Should we be worried about the fall of a piece of a Chinese rocket?

The US Army Space Command Center said the rocket “entered over the Arabian Peninsula at approximately 02:15 GMT Sunday.” “It is not known whether the debris touched the land or the water,” he said.

The arrival point of the segment corresponds to the forecasts of certain experts, who pointed out that there was always a good chance of falling into the sea since the planet is covered with 70% of water. But an uncontrolled entry of an object of this size raised concerns about damage and possible casualties, despite the low statistical probability.

“The probability of causing damage to air activities or (to people, buildings and activities) on the ground is extremely low”, had tempered the week of April 26 Wang Wenbin, a spokesman for the Chinese Ministry of Foreign Affairs.

US Defense Minister Lloyd Austin assured his country had no intention of destroying the rocket. He hinted, however, that its launch was not planned with enough care by China. US and European space authorities have been monitoring the situation closely, trying to determine when and where it could end.

Entering the atmosphere gives off immense heat and causes friction, segments can then burn and disintegrate. However, the larger ones, like the Long March-5B, may not be completely destroyed. Their debris can then land on the surface of the planet and cause damage and casualties, even if this risk is low.

In 2020, debris from another Longue-Marche rocket crashed into villages in Côte d’Ivoire, causing damage, but no injuries.

The uncertainty and risks of such a comeback have prompted accusations that Beijing has acted irresponsibly. To prevent such scenarios from happening again, experts have recommended a redesign of the Long March-5B rocket – which lacks the ability to control its descent from orbit.

China has “won its bet”

“Entry (into the atmosphere) over the ocean has always been statistically the most likely,” tweeted Jonathan McDowell, a Harvard-based astronomer. “It looks like China has won its bet (unless we hear of some debris in the Maldives). But it was still reckless, ”he said.

China has been investing billions of euros in its space program for several decades. The launch of the first module of its space station – by the Longue Marche rocket which made its return on Sunday – is an important step in its ambitious plan to have a permanent human presence in space.

Beijing sent its first astronaut into space in 2003 and landed a machine on the far side of the moon in early 2019 – a world first. Last year, moon samples were reported and Beijing finalized Beidou, its satellite navigation system (competitor to the American GPS).

China plans to land a robot on Mars in the coming weeks. She also announced that she wanted to build a lunar base with Russia.