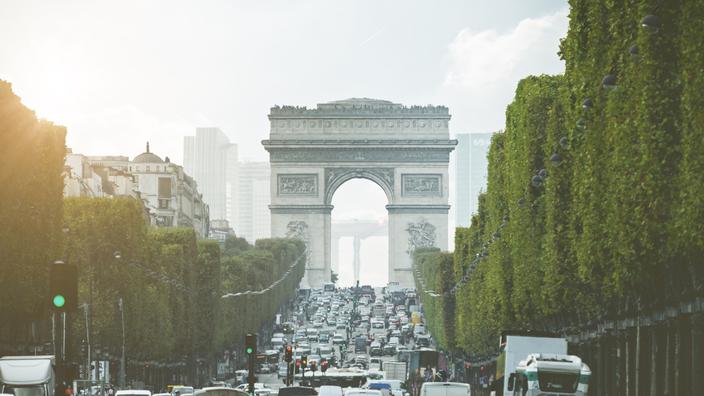 Marseille tends to be closer to Paris in terms of time lost in traffic jams, according to an annual indicator produced by Tomtom.

How much life time do we lose in traffic jams? Many Parisians and Marseille residents are undoubtedly asking themselves this question: according to an annual ranking carried out by Tomtom, Paris and Marseille are among the 50 most congested cities in the world. And Marseille tends to get closer and closer to the level of traffic jams in the capital, since the Marseille city is now 42nd, and Paris 37th.

The manufacturer of mobile GPS systems estimates that Parisian motorists lose an average of 144 hours a year in traffic jams during morning and evening rush hours. That’s about six days. In Marseille too, the situation is deteriorating, in particular due to a lower rate of the population able to telework and a road network that is very difficult to adapt due to the physiognomy of this coastal city, explains a spokesperson for Tomtom. at BFM Business.

After a very special year in 2020 since it was affected by the coronavirus crisis, traffic therefore seems to have returned to its pre-crisis levels, or even exceeded it at times. Tomtom even notes that throughout France, traffic increased by 8% in September compared to 2019.

Thus, in Toulon, motorists lost 143 hours in traffic jams if they drove during rush hours, and saw the level of traffic congestion increase by 4% since 2019, to reach 33%. In Bordeaux, Lyon and Nice, on the other hand, the level of congestion has returned to its pre-crisis level, but has not exceeded it. In Toulouse and Lyon, the congestion rate even fell by 5% compared to 2019.

To reduce the frequency of traffic jams, Tomtom suggests a few ways. According to the GPS manufacturer, it is not useful to constantly expand road infrastructure, because such measures tend to encourage more motorists to take to the road… And thus create more traffic jams. Tomtom, on the other hand, considers that it is relevant to encourage carpooling, telecommuting, or even to encourage motorists to drive outside peak hours to smooth traffic during the day.