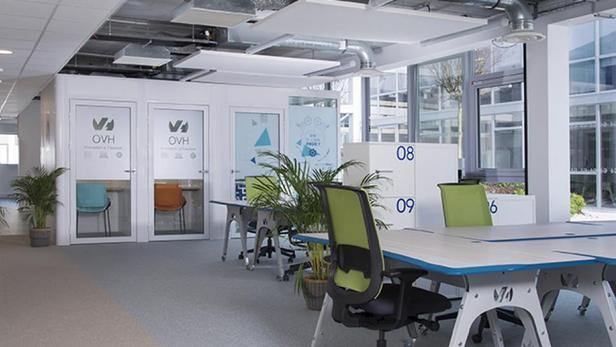 The French host does not lose sight of this objective despite the fire which ravaged its data storage centers in Strasbourg. The IPO should be announced on Monday.

OVHcloud is about to take a new step forward in its development. According to information from the Journal du Dimanche (JDD), the French cloud champion is preparing to enter the Paris Bourse, which should be formalized on Monday. OVHcloud is not the only French cloud service provider, but it is the biggest. The other players are mainly Scaleway and Outscale, a subsidiary of Dassault Systèmes.

The company, which has 2,450 employees and 32 centers around the world, announced in March that it will “was preparing»To go public. However, in the aftermath, the company was the victim of a fire which affected its data storage centers located in Strasbourg, causing a major disruption of its services. The IPO was postponed, but not abandoned. Employees should be involved in the listing of the company, but the Klaba family, around the founder of OVHcloud Octave Klaba, will remain in the majority “whatever the outcome of the operation”, according to the report. JDD.

Such an IPO would mark a major step for all those who seek to promote the French technological sector, starting with the government which places a lot of political hopes in the success of the “start-up nation“.

Because the champion of the cloud has established itself as a blue white red success. OVHcloud – then OVH – was founded in 1999 by Octave Klaba. The company has made a breakthrough in recent years in the strategic area of ​​”cloud»: The offer of shared IT resources in large data centers, of which Amazon, Microsoft, Google, IBM and the Chinese Alibaba are the champions. The host is also one of the tenors of Gaia X, the Franco-German initiative to defend Europe’s control over its data. It was also cited as a recourse to Microsoft to manage the future French health data warehouse (“Health Data Hub“).

Read also :OVH Cloud is a European bulwark for data

By launching on Euronext, OVHcloud could join the software publisher Dassault Systèmes, which launched on the Paris Stock Exchange in 1996 and is now part of the flagship CAC 40 index, or the specialist in advertising targeting Criteo , long figurehead of the “French techFollowing its entry with fanfare on the American Nasdaq in 2013.